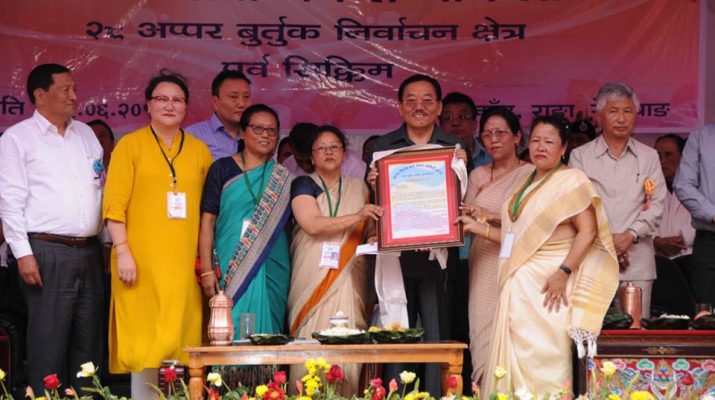 The HCM stated that the main objective of the 32-daylong Jan Sampark Abhiyan is to provide platform for people at the grassroot level to place their grievances and demands to the State Government. It is also a step from the government to narrow the bridge between the people and the State machinery so that the efforts of the State Government can be seen and better understood by people at the grass root level.

He informed the gathering that various demands which were placed and sanctioned in other districts during his visit is already underway and thus unemployed youth should come up with constructive demands and utilize the Start-Up scheme so that overall development can take place immediately. Encouraging the youth to be self sufficient, he said that they should be job providers and not job seekers. 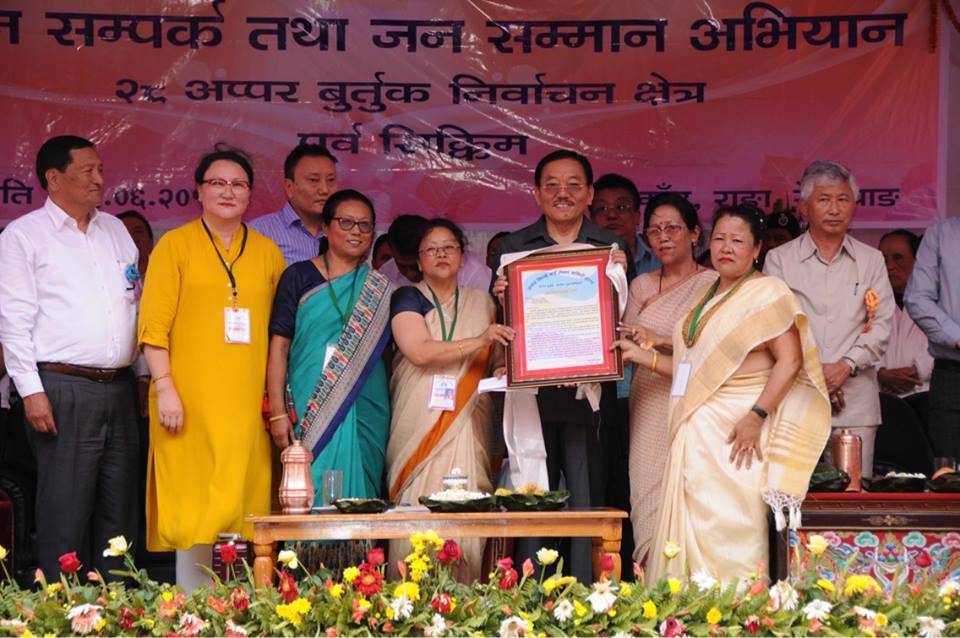 He also said that Sikkim is the only State in the country where people do not have to give anything and the proof of evidence of result oriented governance of the state government is the tax exemption which the Sikkimese people enjoy totally. The HCM said this year tourist flow in the State was tremendous and thus more opportunities in the tourism sector will open but we must be strictly against subletting of our hotels to people from outside.

Talking about the health sector in the State, the HCM stated that Sikkim was the first State to start Hepatitis B vaccination. He also encouraged health workers and Panchayats to work with strong determination in eliminating TB by 2022. He also said that the State Government provides free HPV vaccine for prevention against cervical cancer for the girls for which there is a need to generate massive awareness.

The HCM expressed strong displeasure at the divisive politics being played out in the State and urged people, particularly the youth, to keep away from class divisions and live in communal harmony with feeling of brotherhood that the Sikkimese people is known for.

The HCM also made some announcements and gave directions to the State Government officials:

1. The process of allotting unused government lands to the Sukumbasis.

2. New roads proposals to be all sanctioned and work upto Rs 2 crore to be handed over to Panchayats which will be distributed through open tender to the people belonging to the concerned Constituency only.

4. Various proposals for three water falls as tourist sites in Upper Burtuk Constituency were all sanctioned in principle.

6. Employment for Non technical manpower in the upcoming hospital at Sichey to be filled in by local people of the area.

7. The HCM also announced that keeping in mind the noteworthy duty Peons do in the State Government, it has been decided that they would be granted Conveyance allowance.

Area MLA, Mr. D.R. Thapa, in his speech thanked the HCM for the developments which has been taking strides in the area at such a fast paced speed. He stated that these developments have been possible only due to the farsighted stewardship of the HCM. He urged people to take benefit of the Organic tag and said that the Organic movement is a long term movement but we must realize the value and venture towards the holistic development of the State. The MLA also put forth various demands for the welfare of the Constituency.

The programme also had distribution of cheques to the youth/beneficiaries under the Chief Minister’s Start-Up Scheme (CMSS) to carry out the various entrepreneurship ventures.

Earlier, the HCM was felicitated by various groups of the Constituency. The day’s programme concluded with vote of thanks proposed by the CLC President, Upper Burtuk, Mr. K.B. Pradhan.

The programme also had the presence of Cabinet Ministers, MLAs, Zilla Members, Chairpersons, HoDs, students, officials of the State Government and local gentry at large. 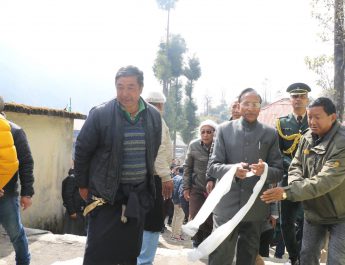 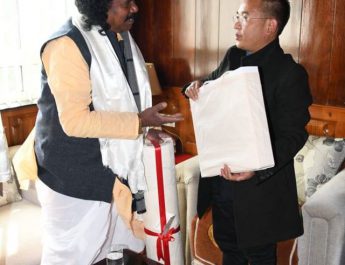 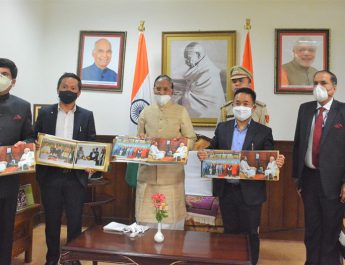 A coffee table book was released by the Hon’ble Governor