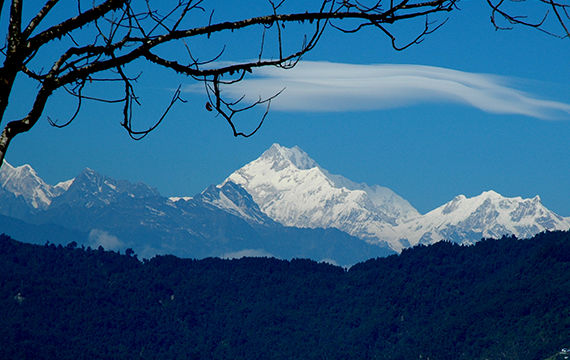 Information & Public Relations Department, the Nodal department of the State Government – the interface between the government and the media plays a pivotal role in keeping the general public abreast of day to day events, activities policies, programmes, initiatives and achievements of the State Government . It is also responsible for formulating a media policy for the Staten and ensures correct dissemination of information.

Over the last two decades the State Government has created an environment wherein the Press can enjoy all the freedom and independence essential for its healthy growth. It has made efforts to ensure that the Fourth Estate functions with independence and the people can enjoy the freedom of speech and expressions.

The conducive environment for health journalism has resulted in the sudden increase in print and electronic media in Sikkim. The publication of standard paper in the last two decades also indicates the level of freedom of Press in State. The intellectual and spiritual sensitivity of the people of Sikkim has increase. The Government has always encouraged the development of journalism, press and media and media in the State. For this many facilities and benefits have been provided to encourage development of media which is vibrant an caters to the growth the development of media through various initiatives for the benefit of the Journalists the State . The Department instituted the Positive journalism Grant in the year 2005-06 to acknowledge the contributions made by journalists. An annual grant is also provided to Press Club of Sikkim for its development. In order to help in the modernization of press and other media is Sikkim, the Department also distributed laptops, computers, cameras and printers to them. In addition to these, there are many other programmes and benefits provide by the department of IPR for the benefits of journalists in the State. The department also empowers the people of the State by facilitation free flow of government information through its many publications and programmes, advertising and exhibitions, thus embracing people’s participation in the process of socio- economic development.

Sikkim herald, the official bi-weekly newspaper of the Government of Sikkim, published by the department of Information and Public Relations has been a regular feature of the State ever since its inception in the early 1960s Sikkim Herald comes out in thirteen different State Languages, viz English, Nepali, Newar, Lepcha, Gurung, Limbu, Tamang, Sunwar , Manger , Sherpa, Bhutia, Rai and Tibetan. This has been made possible due to the policy decision of the state Government to recognize these languages as State Languages. The publication of Sikkim Herald in local languages has made it a mass based bi- weekly paper where different communities had it in their own dialects and languages. The department of information and Public Relations comprises various units as indicated below:-

RESEARCH AND REFERENCE UNIT:
Research and Reference Unit provide ready reference material for different publicity oriented activities and is an integral part of the functioning of this office. Under this unit a library is being maintained, wherein, Reference Books, Periodicals and Newspapers are kept. All the important newspaper are scanned daily for news and news clipping are prepared every day. These clippings are sent to the Chief Minister and the Secretaries and Head of concerned departments.

This unit arranges Press conference, Press briefing and Press Tours and liaison with Press, Radio and T.V . The Press Cell is entrusted with the work of issuing of daily press releases. It also arranges other press related facilities for the media personnel. This unit arranges hospitality for the press reporters and other media persons on the occasions of press conference and press meets of the dignitaries of Sikkim Government.

This unit organizes the publicity of Sikkim Government through advertisements. Display and classified advertisements of various departments are issued on a day to day basis and particularly on important occasions like Independence Day, Republic Day, Gandhi Jayanti, Bhanu Jayanti etc. The achievements and initiatives of the Government is also highlighted through National, Regional and Local Newspapers , Periodicals etc. Public awareness campaigns on various issue are also undertaken from time to time.

The photo unit arranges photo coverage of the functions and activities of various departments of the Government of Sikkim and releases photos of Press and Televisions for publicity. It also prepares photographs for T.V exhibitions and photo albums.

Besides printing publicity literature, calendar, telephone directory etc., this unit also publishes booklets, brochures, handbills and posters from time to time. Sikkim Herald in English and twelve other languages is published bi-weekly. A quarterly magazine, ‘Sikkim Today’ in English and Nepali is also brought out by this Unit.

This unit is being developed for the production of documentaries, short films and release of films and cinema slides to cinema houses and video cassettes to local Cables and Doordarshan and arranges film shows in the rural areas. This Unit will be required to provide liaison officer for the teams, which come to Sikkim for shooting films. The Unit will also make ‘quickies’ on Sikkim Goverments’s achievements , reflecting development in rural areas, upliftment of weaker sections, environment protection etc. in Sikkim.

This unit organizes photo exhibitions and cultural programmes to highlight the policies and programmes of Government and also puts up banners, kiosks electronic board and hoardings for the information of general public on important issue and different campaigns of the Government. Organizing photo exhibition is regular feature of the Department and the exhibition are put up in different parts of capital on various occasions.

Since 1975, the Department has evolved and accordingly, with the passage of time the functions have also increased. This has led to more opportunities for the Department to achieve its aim in the delivering correct information to the people through various mode of communication. Nevertheless the Department is still growing and its achievements are also duly increasing.