Skip to content
News
August 14, 2019August 19, 2019
Posted By: Pema Leezum 113 Views 0 Comment
[1] The Sikkim State Legal Services Authority under the direction of Hon’ble Mrs. Justice Meenakshi Madan Rai, Judge, High Court of Sikkim and Executive Chairperson, has commenced from today (14.08.2019) “Mission Campaign Mode for Prevention & Eradication of Tuberculosis in Educational Institutions in Sikkim under NALSA (Legal Services to the Mentally Ill and Mentally Disabled Persons) Scheme, 2015”.
[2] This is being done in co-ordination with State Tuberculosis Cell, Health Care and Family Welfare Department, Government of Sikkim, in order to bring awareness on prevention and eradication on Tuberculosis/Multi-drug-resistant tuberculosis (MDR-TB)/Extensively drug-resistant tuberculosis (XDR-TB) for the students of all the Educational Institutions in Sikkim.
[3] This is an ongoing programme and all the Government Colleges and Universities as well as various Government Schools in Sikkim will be covered initially followed by other Institutions.
[4] The Sikkim Government Law College at Burtuk is the first Institution where the awareness programme was launched followed by Screening Test for the students, by the State Tuberculosis Cell, Health Care and Family Welfare Department, Government of Sikkim.
[5] Dr. Nirmal Gurung, Assistant Programme Officer, State T.B. Control Society, Health Care & Family Welfare Department, Government of Sikkim as Resource Person at the awareness programme apprised the students and faculty members on Signs and Symptoms of T.B./M.D.R./X.D.R., Preventive Measures and the Assistance from State Government which was followed by the Screening Test by Dr. Nirmal Gurung and his team.
[6] The welcome address was delivered by Shri Sonam Palden Bhutia, Member Secretary, Sikkim SLSA and the vote of thanks was proposed by Mrs. Matilda Isaacs, Special Secretary, Sikkim SLSA. 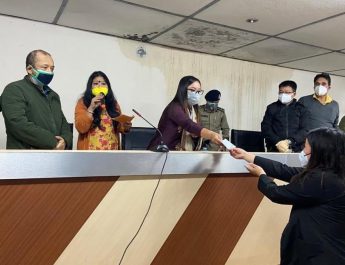 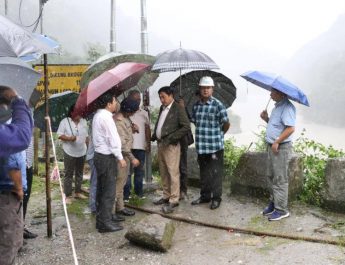