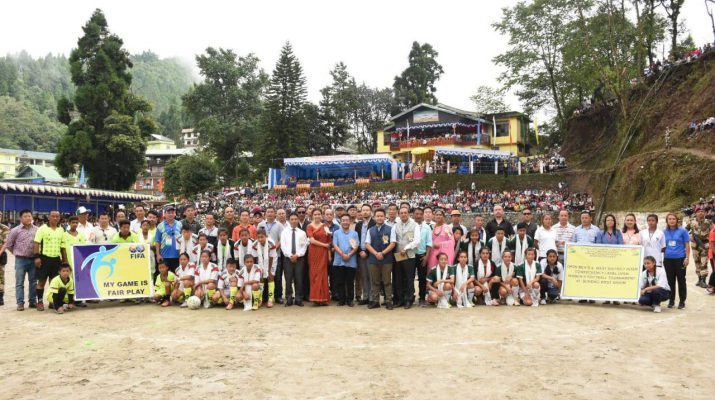 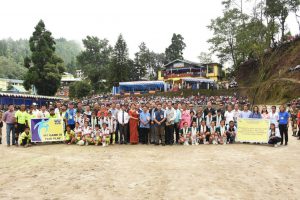 The programme began with guard of honour by the police department and offering of the traditional scarfs to the chief guest and the dignitaries.

Speaking on the occasion, Chief Minister extended his best wishes on the glorious 73rd Independence Day celebration of the largest democratic country. Expressing that the national level programmes should not be politicized, Golay reiterated that SKM government would not turn the religious ,cultural and national celebration into a political programme unlike earlier government. Golay said that, any celebration should be celebrated throughout the state with feeling of oneness and not confine to certain religious or cultural parameters only.

He said that as the Chief Minister of Sikkim he is not for creating records and receiving awards but for the service to Sikkim and the fellow citizens. He further informed that the state government has prepared the budget for one time dispensation of arrears to the government employees.
Citing the example of Actress Geetanjali Thapa, he said she was born in this region and educated here as well but with her utmost dedication and hardworking she has proven herself in national and international level. So the upcoming generation should learn and dedicate themselves to the fullest in the field of their choice and raise the name of the state to the peak. Golay said that under the scheme of smart cities, the previous government has only focused on urban areas and compared the state to Switzerland with nil importance to the rural areas but our government have the clear vision to make SMART VILLAGES which results automatically in Smart State in the near future.
He also informed that there will be hike in old age pension and house upgrades.

The Chief Minister also stated that for the Soreng Girls football academy, he has kept annual budget of Rs 10 lakhs in the budget session and also included Hostel facility so that it helps in the future of the students.

The programme also witnessed the presentation of memento to the Hon’ble Chief Minister, Government of Sikkim by the chief patron (IDCC)-Cum- Area MLA, Shri. Aditya Golay (Tamang). Ex- Army Association of Soreng also presented memento to the Chief Minister and the area MLA. Letter of gratitude was presented by the government employees under Soreng Sub Division and Mr. Himmat Rai (SDM/Soreng).

The programme also saw the felicitation of two renowned personalities of the region by IDCC. Captain Prawesh Pradhan (pilot, Indian Airway) and Miss. Geetanjali Thapa (Bollywood Actress) who are the asset of the state and the nation.

The second semi-finals of the Inter Constituency Level Open Women’s Football Tournament was kicked off between Maneybong Detam Vs Yangthang in which Maneybong Dentam secured place at finals by 4-0. In the second semi -finals of Men’s Open football tournament SDM office Soreng led the match with 4-2 against Jaideep football club, Siliguri till the concluded time. 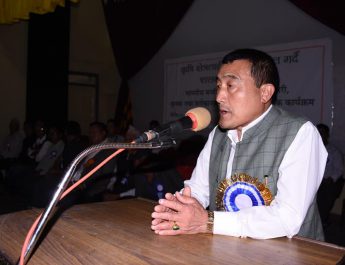