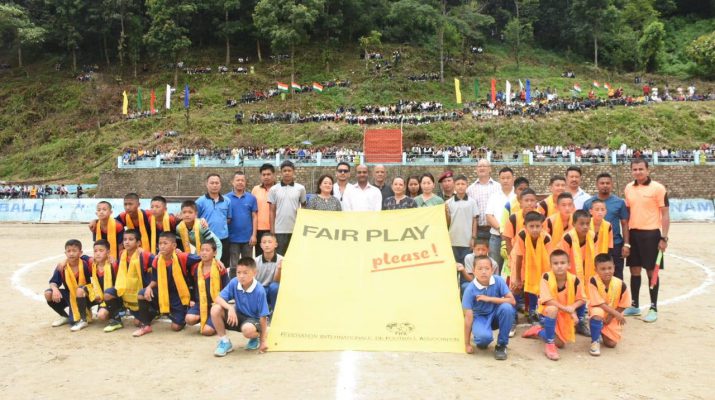 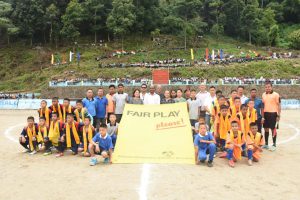 Namchi, 13th August (IPR) : The 73rd Independence Day Under-14 Football Tournament Finals was held at Singithang playground today.
The final of the tournament was graced by the District Collector (South) Shri Ragul K. as the Chief Guest along with the officials from various departments, students and local gentry.
The Under-14 final match was played between Melli Senior Secondary School (MSSS) versus Namchi Senior Secondary School (NSSS). The NSSS team emerged as the winner of the tournament by scoring two goals against one. Adrin Pradhan from MSSS was adjudged as the man of the match.

Similarly, the Second Semi Finals of Men’s Open Football Tournament was also played between Red Panda Namchi versus Sports Authority of India (SAI) Namchi during the second half of the day.
Red Panda team scored two goals against one and entered into the final.
It maybe mentioned here that the finals of Men’s Open Football Tournament will be played between the Red Panda Namchi versus Sikkim Kamrang Football Club on 15th August 2019. 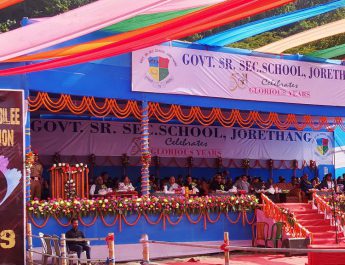 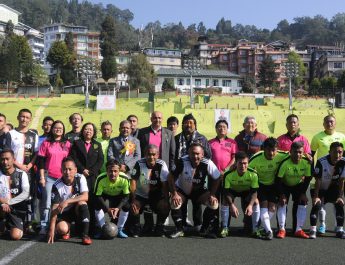 Grace Foundation emerged as the champion of the Phoenix Cup 2019 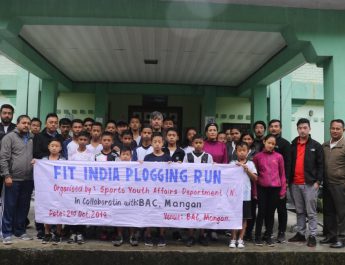