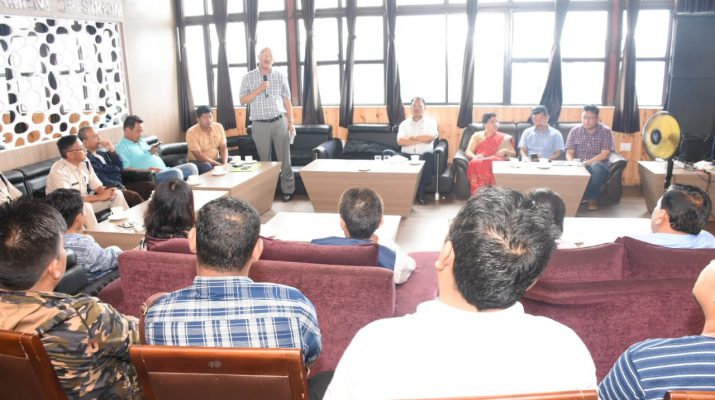 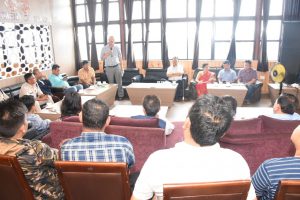 Namchi, 13th August (IPR): A co-ordination meeting organised by Agriculture and Horticulture Departments to discuss the agenda of the upcoming launch of Mamley Kamrang as a model GPU under South District scheduled for 16th August through the Hon’ble Chief Minister Shri. Prem Singh Tamang (Golay) was held at Officers Club, Namchi today.

Nodal Officer Shri. M.K. Pradhan addressed the meeting where he reiterated the selection of Mamley Kamrang GPU under 10 Poklok Kamrang constituency which has been selected to be transformed into a model village. In his address, the Nodal Officer elaborated a model village to be a sustainable community that is able to generate and maintain the available resources necessary to improve its level of well being by strengthening the sustainability pillars of livelihood, infrastructure and services of the chosen village. He presented a brief overview of how Mamley Kamrang will witness change and development of infrastructure in terms of healthcare, sanitation, education, water and power supply,child development, agricultural and horticultural development and so on and also spelled out the role of a District Level Monitoring Commitee which will monitor the implementation of the schemes and programmes in the said GPU.

Secretary (Agriculture) Shri. Khorlo Bhutia in his address stated that the concept of a ‘Model Village’ which has been conceptualized by the HCM will see one Model GPU in all four districts of Sikkim as envisioned by the HCM. Terming the move as a transformative and a notable one, Shri. Bhutia elaborated the plans and objectives of the nodal department in laying down well-fulfulling infrastructures and facilities for the needs of every villager in the model GPU. By rendering holistic development in the model and smart GPU, he stated that the integrated approach that is being adopted by the nodal department will work towards development that includes better and improved physical infrastructure in the villages alongside building community spirit within the public of the area. He also underlined the Nodal Department’s aim towards identifying the needs of the villagers and priorities and defining activities that can mobilize the community by use of resources from running government schemes. He called upon active participation and cooperation from all line departments and stakeholders to achieve the common goal of transforming Mamley Kamrang GPU as one of a significant model GPUs in the whole of Sikkim.

The meeting also saw Secretary (Horticulture) Shri. D. K. Bhandari throwing light on the economic scope of tourism in the model GPU which will aid the youth and public of the area to be self-sufficient and self-reliant. He also implied the significance of some unique characteristics which will make Mamley Kamrang a unique Model GPU whose model will be worth emulating in the adjoining regions.

DC (South) Shri. Ragul.K assured all help on behalf of the departments under South District which will be working in convergence with the nodal department to mobilise their resources to make Mamley Kamrang GPU a model GPU under the district.

Later, suggestions were deliberated and discussed upon between the Officials and representatives of various departments. 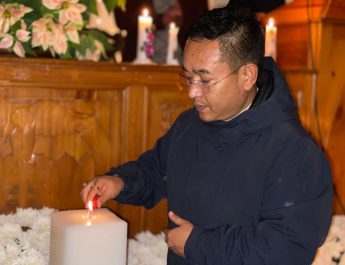 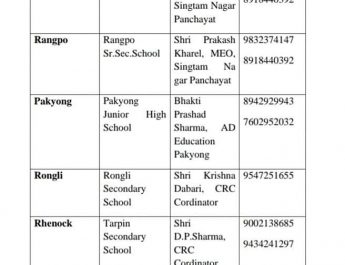 Details of Transit Camps in all 4 Districts 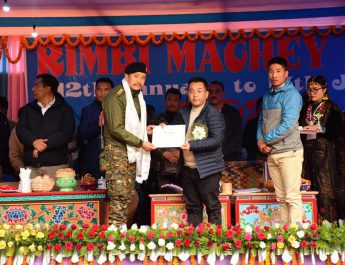