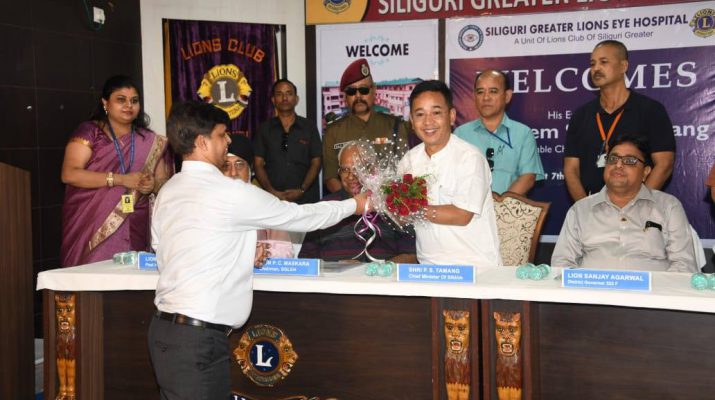 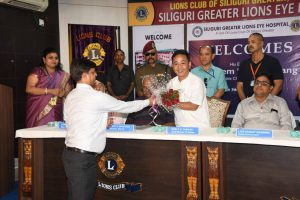 Speaking in the programme further, the Lion’s Club members gave a briefing about the hospital’s infrastructure and about the successful major and minor surgeries that has been taking place in the hospital.They also placed forward their plan of setting up of eye centres at Jorethang and Mangan in Sikkim in the near future that would benefit the people of Sikkim.

They further shared their vision in making Sikkim “blindness-free” State through the help of the State Government.

The HCM thanked the Lion’s Club members for making his first visit to the Greater Lion’s Eye Hospital possible today. He mentioned that the hospital was inaugurated by former Governor of Sikkim, Shri Homi J.H. Talyerkhan, and feels privileged to have attended the programmme today as the Chief Minister of Sikkim.

He heartily welcomed the Lion’s Club’s idea of setting up of eye centres in Sikkim as it largely benefits the people of Sikkim especially from the rural areas. He further appreciated Lion’s Club, Siliguri, for their excellent service towards the people.

The HCM further expressed hopes that the Lion’s Club, Siliguri will render help to the people of Sikkim in the health sector.

He also thanked Economic and Financial Advisor, GoS, Shri C.L. Denzongpa, for arranging his visit to the hospital. He further thanked the press and media for their role and support.

The programme concluded with the votes of thanks delivered by Lion Bharat Changia.

The HCM later interacted with the Press and media and also visited different wards in the hospital. 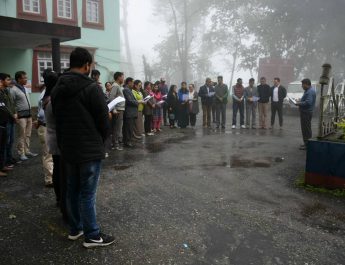 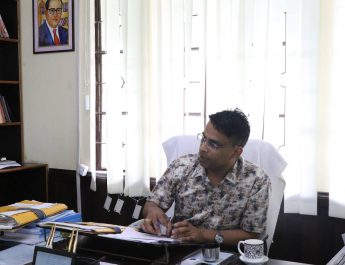 Meeting regarding operation of the cold storage 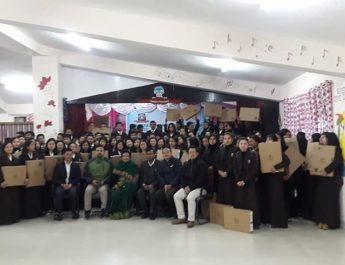