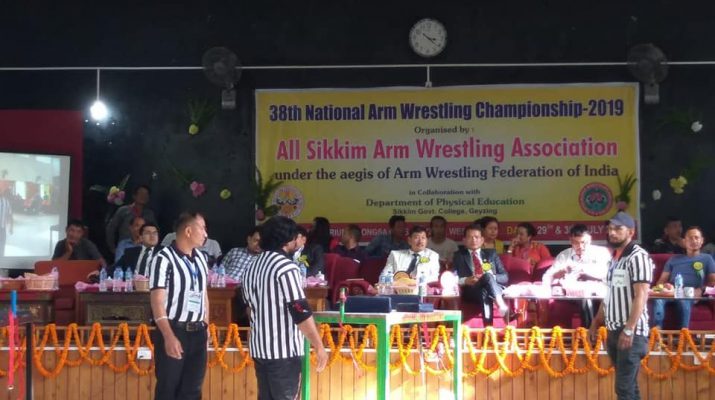 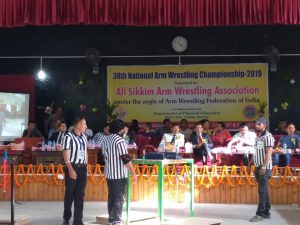 The two-daylong championship is organized by All Sikkim Arm Wrestling Association (ASAWA) under the aegis of Arm Wrestling Federation of India (AWFI). It is for the first time that the State of Sikkim is hosting the National level Arm Wrestling Championship.

A large numbers of participant from the States of Manipur, Arunachal Pradesh, Assam, Madhya Pradesh, Kerela and the host State Sikkim are competing against each other in the championship. The championship in various categories of arm wrestling was conducted today.

President, ASAWA, Mr. Lhendup Dorjee Bhutia, expressed that arm wrestling is in nascent stage in Sikkim and there is a need of development of technique and knowledge among the Sikkimese participants about the game. However, he maintained that the ongoing National level championship held in the State could be a turning point for the arm wrestlers of Sikkim who want to know more about the arm wrestling techniques.

“It is good to see the Sikkimese arm wrestlers who are new to arm wrestling giving a tough competition to already established and skilled arm wrestlers from other States. I assume that Sikkim has a bright future in arm wrestling in near future,” he added.

Describing the future of Sikkim as bright in arm wrestling, Mr. Bhagawati praised the interests shown by the Sikkimese arm wrestlers and the effort being put up by the state for promotion of the sport.

It was reported that the final matches of the championship will be played on Tuesday. 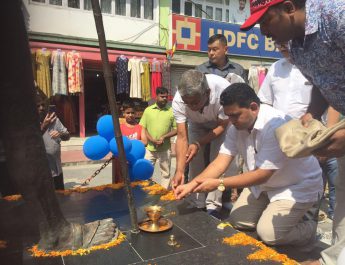