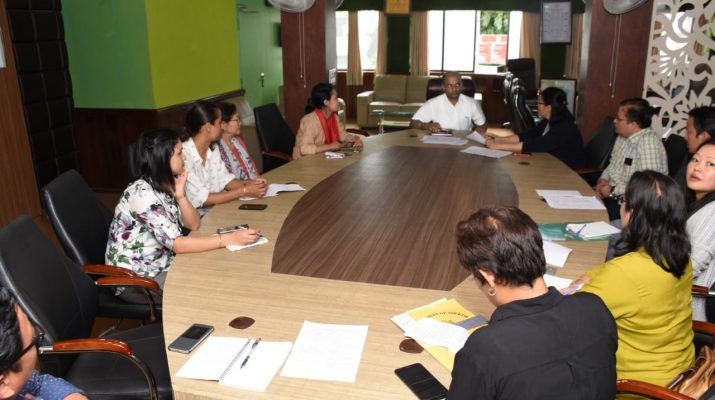 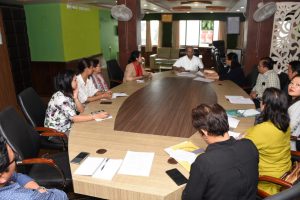 Namchi, 25 July (IPR): A co-ordination meeting chaired by District Collector (South), Shri Ragul K., to discuss the launch of Measles and Rubella (MR) vaccination campaign at district level which is scheduled for a State-wide launch by Health Department, Government of Sikkim from 29th July 29 was held at the DAC, Namchi today.

Addressing the meeting, DRCHO, South, Dr. Junita Yonzon, informed that the vaccination campaign supported by WHO, UNICEF is being held to protect children against measles and rubella which are highly contagious viral diseases and will cover all children between the age of 9 months to 15 years. She emphasized the objective of the campaign is to eliminate measles disease by the year 2020.

Dr. Junita also added that the campaign will initially cover all Government schools followed by community based approach which will include Aaganwadi centres.

It was also informed in the meeting that the district level programme on launch of Measles and Rubella (MR) vaccination campaign will be held at New Secondary School, Namchi on 29 July parallel to the State-wide campaign launch in Gangtok on the same day.

The campaign will be carried out with support of stakeholders from departments such as HRDD, Women and Child Welfare Department, IPR, RM&DD and PRI, UDHD, Sports and Youth Affairs, Labour department and NGOs.

The DC (South) urged the stakeholders to work in coordination with each other to ensure widespread success of the campaign in the district. He also emphasized the need for robust awareness among the public so that the parents and guardians bring their respective children to avail vaccination during the campaigning period. 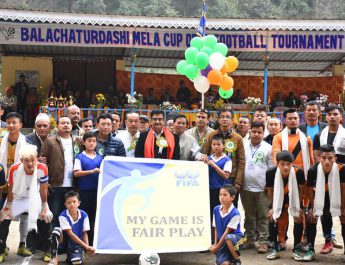