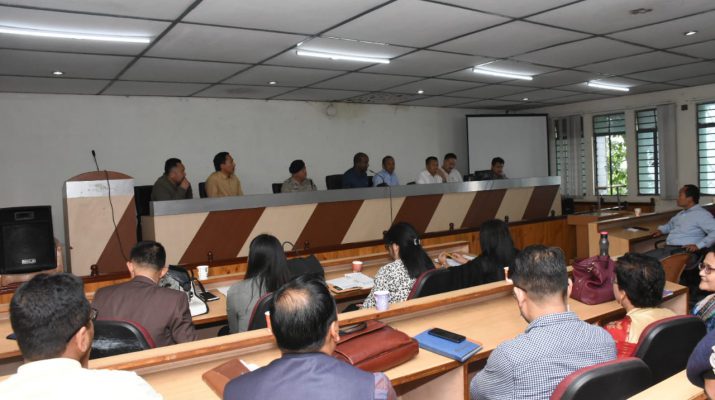 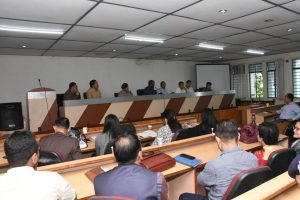 The meeting was convened to review and take full stock of the pending issues with different departments, institutions and organisations.

At the onset, the DC South spoke at length about the importance of improved coordination and transparent accountability amongst the various line departments as this will lead for an effective implementations of various schemes, projects and proposals of the State Government. He added that all future course of actions which the line departments will undertake should be intimated to the office of the DC and SP respectively.

While deliberating on issues of water scarcity, electricity, roads and internet connectivity faced by various organisations and institutions, the DC asked the concerned officials to look into and expedite this process especially that of road connectivity. He also directed the officials to inspect the damaged entry gate at the Government Degree College, Kamrang on priority basis.

Likewise, he has also suggested the concerned officials to float a proposal concerning the roof top of Kisan Bazaar for the usage of various sports activities to be carried by Sports Authority of India, Namchi.

Similarly, for construction of toilet and water tank at Jawahar Navodaya Vidyalaya (JNV), Rabongla, the DC requested ADC Development to look into the matter right away. The imperative need for wide publicity with regard to the application for admissions in class VI at JNV Rabongla for the students exclusively of the South district including its last date i.e., 15th of September, 2019 was also discussed.

During the course of the meeting, incomplete infrastructure works which require immediate attention from the District Administration and concerned authorities were also discussed. 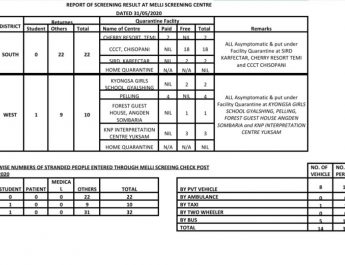 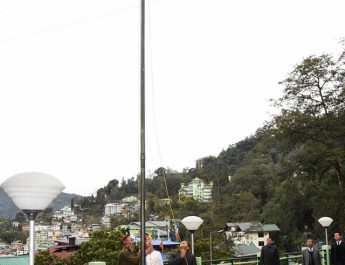