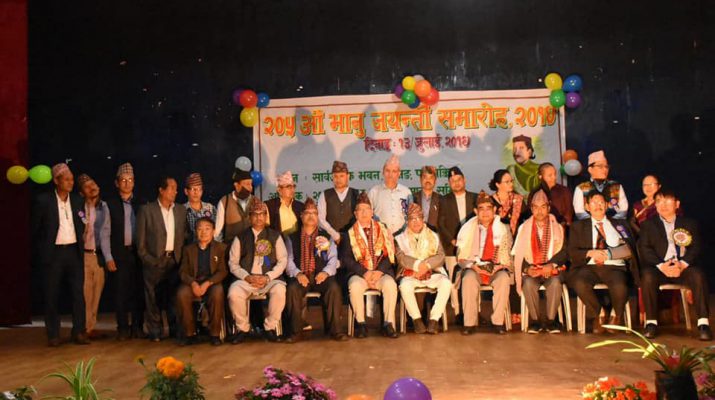 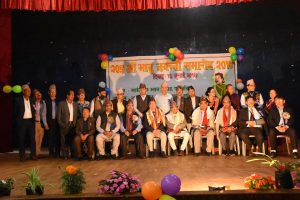 Bhanu Jayanti is an annually celebrated cultural festival, prevalent among the Nepali people around the world in remembrance of Bhanubhakta Acharya’s birth anniversary . Every year Bhanu Jayanti is celebrated as a mega event with literary seminars, and programmes amidst the presence of Nepali writers, novelists, and other literary figures.

Addressing the gathering, the Chief Guest, Shri. Bhandari stated that Adi Kavi Bhanu Bhakta Acharya’s contribution in promotion of Nepali Language will always be remembered as a medium of uniting the Nepali speaking communities. We must understand and acknowledge the work of this renowned literary legend, it’s not just a scholarly material to be read in schools and colleges but also for us to remember that this extraordinary writer was the pioneer to kindle the spirit of literature and illuminate minds through his great work. We must thus do our duties as responsible citizens to keep up the legacy of the ‘Adikavi’, he concluded.

While addressing, Shri. L. N. Sharma (Hon’ble Minister IPR) said that Bhanubhakta Acharya is a man who needs no introduction. He is an inspiration not only for writers but also for all those who believe in the power of the vernacular language. His greatest work was his translation of the ‘Ramayana’ from Sanskrit into Nepali language. We must always remember his invaluable contribution to Nepali literature and the crucial role that he played in bringing Nepali literature to the forefront.

At the outset DC, west delivered the welcome note and the event concluded with the vote of thanks proposed by DCSO, West , Mr. Dilip Sharma.

The following premises under South have been declared as Containment Zone 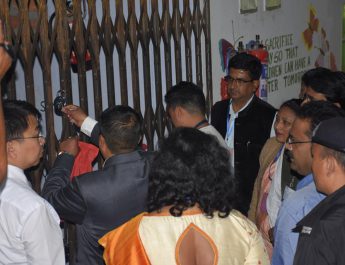 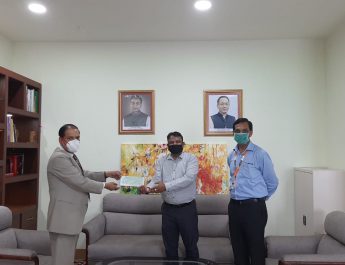