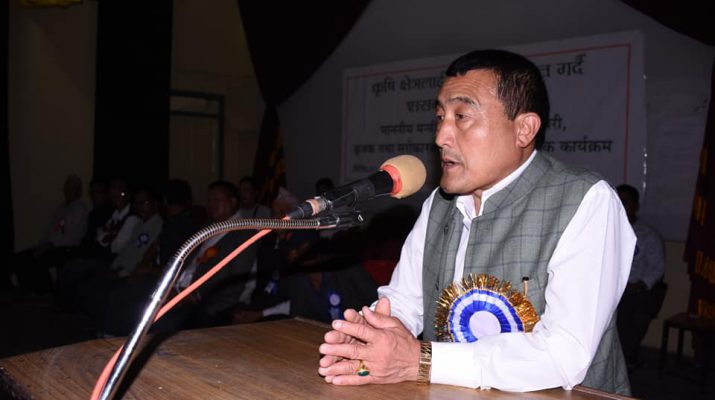 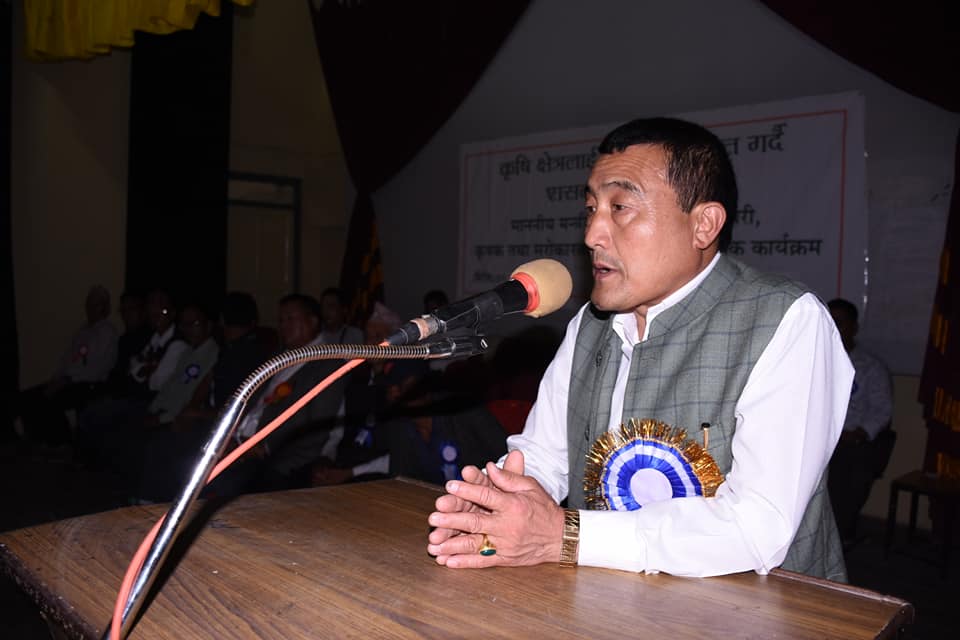 Deputy Speaker in his address thanked all the Officials who have constantly been contributing towards the impartation of farming knowledge and tips to improve output via various methods along with creating awarness of Governmental Policies. He also urged the farmers and public to take benefit of it.

Shri. L. N. Sharma addressed the gathering about the importance of department’s active involvement in their respective fields for better results. He mentioned that the Government is working for the benefit of the rural public. He stated that the department officials have been brought to the district for the public to know them and to understand whom to approach for their respective agricultural works. He mentioned that the Government is for the farmers and to give honor to them for their contributions the program has been conducted. He encouraged the farmers to work hard and be competitive in productions of various crops in Sikkim. He mentioned that since the districts are lacking in manpower, he instructed the officials to train and engage the One Family One Job employees who are available at their disposal so as to increase manpower in the district in their respective departments.
He acknowledged that he has been put in the present position by the rural populous hence he is always ready to work for them.

Along with the presentation, the distribution of tokens for Poly-pipes, Poly-Tanks, Flexible Pipes, Power Sprayers, HDP Pipes and piglets were also distributed to the beneficiaries from Soreng, Chakung, Daramdin and Rinchenpong Constituencies of West Sikkim.
A moment of silence was also observed by the gathering on the news of the demise of the Former Governor of Sikkim Shri. Sudharshan Agarwal. 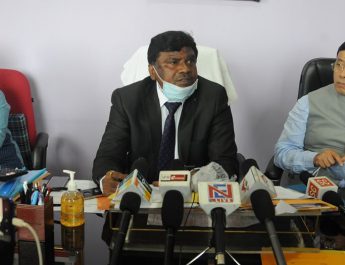