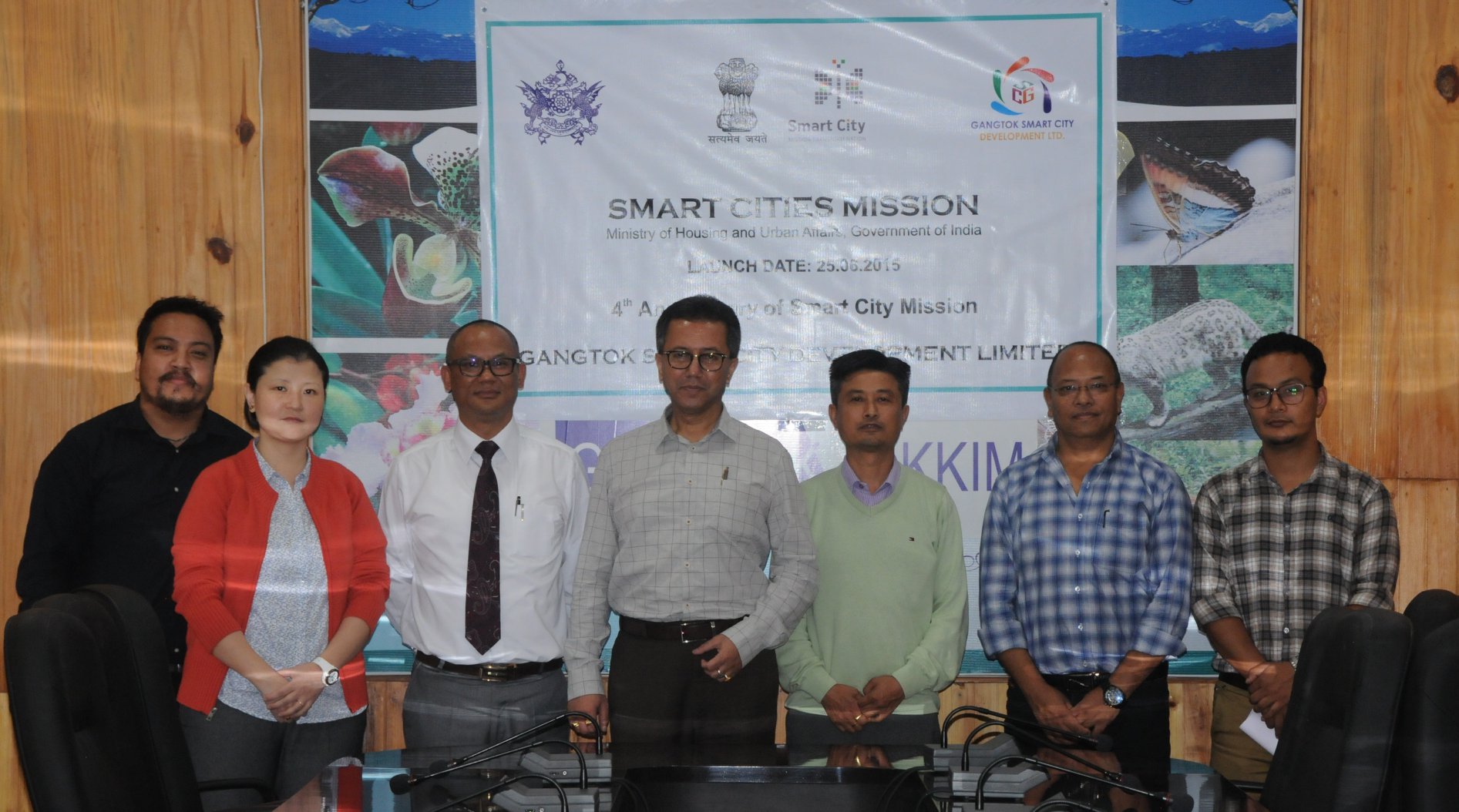 Gangtok, June 25: (IPR) A video conference was organized by the Ministry of Housing and Urban Affairs, Government of India, today to mark the 4th anniversary of Smart City Project. The video conference with all the States and Union Territories was chaired by Hon’ble Minister for Housing & Urban Affairs Shri Hardeep Singh Puri.

It may be recalled that the Smart City Project was launched on 25th June, 2015 by Hon’ble Prime Minister Shri Narendra Modi and is being implemented in selected Cities and towns of various States and Union Territories of the country.

The Minister put on record his appreciation and congratulations to all the stakeholders of the Smart City Mission for achieving considerable success in the project in a span of just four years. He attributed the success of the Mission to the spirit of cooperative federalism and collaborative and coordinated efforts from all spheres. The Minister also threw light on the progress made in the other two projects namely Prime Minister Awas Yojana (PMAY) and Atal Mission for Rejuvenation & Urban Transformation (AMRUT).

Secretary Shri L.B. Chettri and his team of officers later gave a press briefing of the activities undertaken by the State under the three projects namely Smart City Mission, AMRUT, and PMAY.

While explaining about the stages of implementation of AMRUT scheme in the State, the officers informed that the scheme is being implemented in three SAPs in 90-10 funding pattern, comprising of a total of 77 numbers of works, out of which 52% work has been allotted. The officers shared the physical progress of work under each of the three SAPs. It was further informed that the 40.06 Cr project is expected to be completed before the March 2020 deadline.

About PMAY, the officers informed that the guidelines laid by the Government of India recommend four verticles for implementation:

Out of the four verticles, only the third and the fourth (c & d) were found to be feasible to be implemented in Sikkim. PMAY was launched in Sikkim in 2017 and there has been considerable progress till date, it was informed. PMAY, also referred to as the ‘Housing for All by 2022’ scheme, is being implemented in seven mission towns in Sikkim namely Gangtok, Mangan, Singtam, Rangpo, Jorethang Nayabazar, Geyzing and Namchi.

CEO, Smart City Gangtok, Shri Tarzan Subba briefed about the progress of Smart City Project in the two listed Smart cities – Gangtok and Namchi. He explained that Gangtok Smart City was launched in June, 2018 and all administrative processes have been completed for fourteen different projects under the Scheme. Out of the fourteen projects, work for four projects is underway while the remaining ten are on the pipeline, he informed. He shared that the work of redevelopment, retrofitting and rejuvenation of the Palace is in full swing and is expected to be completed within the stipulated time. The CEO further shared that the Integrated Command and Control (ICC) Centre, the heart of the Smart City Project, has been allotted to Bharat Electronics Ltd (BEL), and the work will commence from next week. The stipulated deadline for completion of the work is fifteen months. He also shared about the progress of rain water harvesting projects in and around Gangtok. He also informed that road and junction improvement work will commence shortly. A District Level launch of Catch the Rain, Where It falls, When it falls