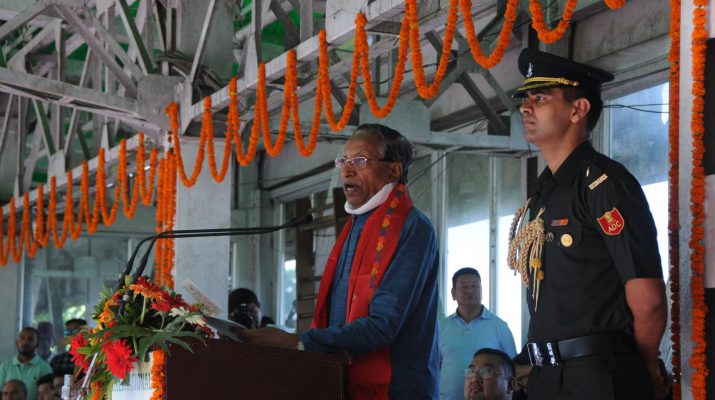 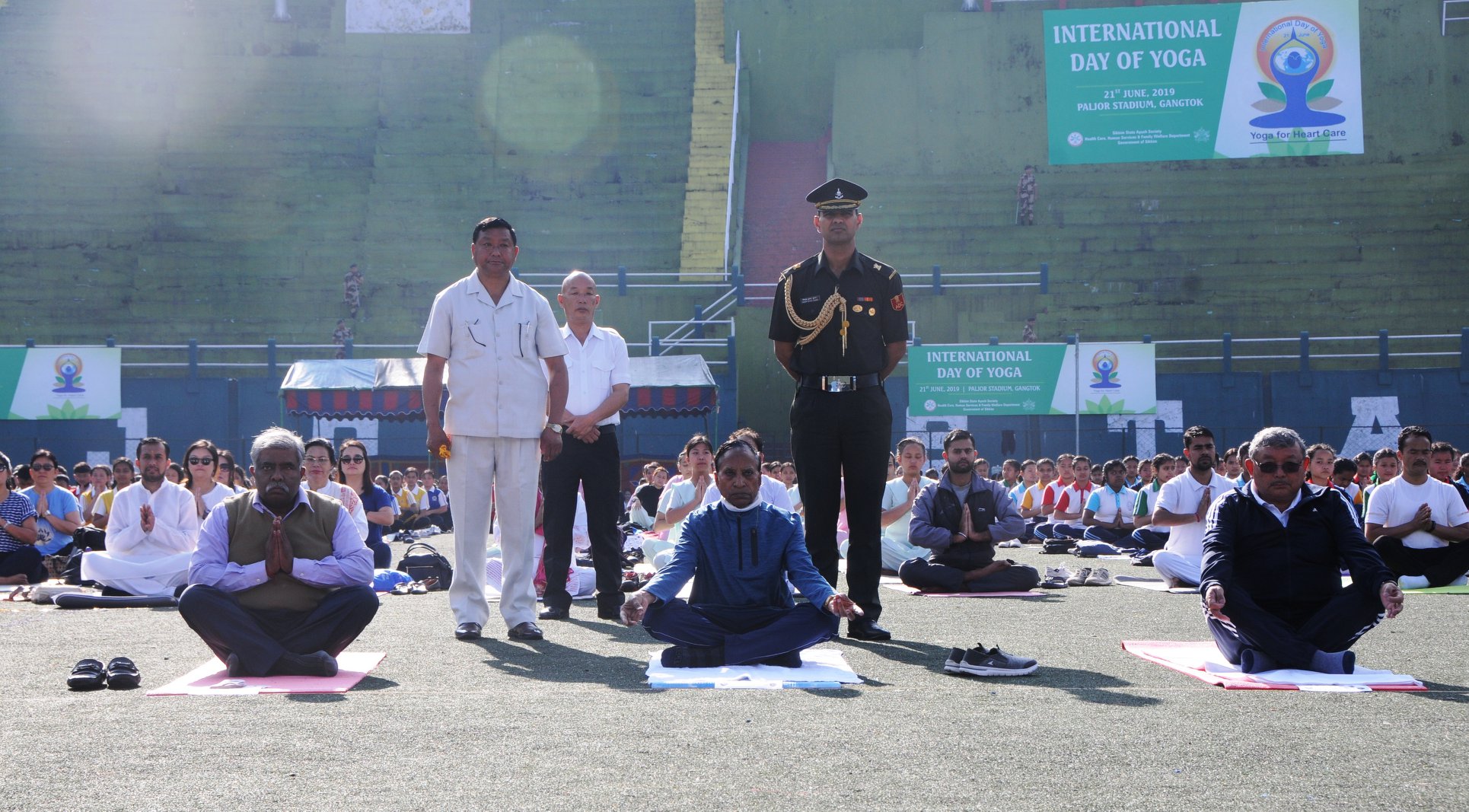 Gangtok, June 21: (IPR) Along with the rest of the country and the world, the State of Sikkim also celebrated the 5th International Day of Yoga with much enthusiasm and drive at Paljor Stadium, Gangtok, today.

Hon’ble Governor of Sikkim Shri Ganga Prasad graced the occasion as the Chief Guest in special presence of the Speaker of Sikkim Legislative Assembly Shri L B Das and the Minister Human Resource Development Department Shri Kunga Nima Lepcha who was present as the Guest of Honor.

The Mass Yoga Demonstration was presented as per Common Yoga Protocol released by Ministry of AYUSH, Government of India. The state level function was organised by Sikkim State AYUSH society under Health Care Human Services and Family Welfare Department, Government of Sikkim.

Addressing the gathering, Hon’ble Governor Shri Ganga Prasad, urged people to practice Yoga in their daily lives for health benefits and well being of the citizens.
He highlighted historic significance of Yoga and expressed happiness over acceptance of ancient Indian philosophy of Yoga at international level. Further, he applauded the initiatives of Hon’ble Prime Minister of India Shri Narendra Modi for his historic contributions to bring Yoga in International platform and said that more than 192 countries in the world have accepted yoga practices.

Drawing lights on benefits of Yoga, he encouraged people to get rid of anger, hatred, restlessness and pressure through Yoga exercise that supports in physical, mental and spiritual development. He added that the Nature and Climate can be preserved and protected through Yoga and we should all avoid any kind of activities that pollutes water and air. He emphasized on need of realization on importance of health and said, Good health is essential to accomplish noble deeds and that can be achieved through Yoga practices.

Earlier, Minister for Health Care, Human Services and Family Welfare Department Dr. Mani Kumar Sharma proposed welcome address and also underlined importance of Yoga in human lives. He urged people to stay fit and healthy by adopting Yoga as an art of life. He said that people can be benefited immensely in terms of physical and mental development and can remain free from diseases and ailments.

MLA Shri Bishnu Kumar Khatiwara was also felicitated by Patanjali Yog Samiti for his unparalleled contributions in growth and development in the field of Yoga.

The programme was concluded with the vote of thanks proposed by the Commissioner-cum-Secretary Health Department, Shri Vishal Chauhan. 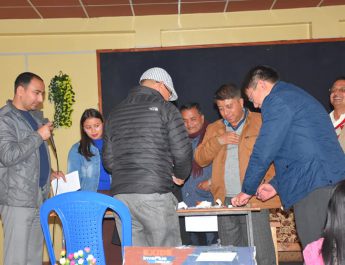 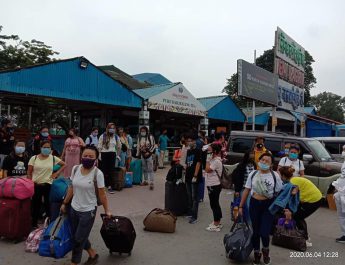 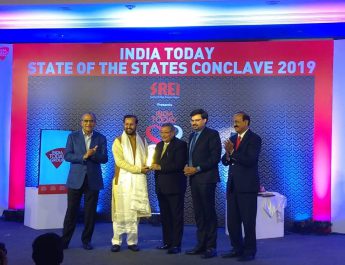