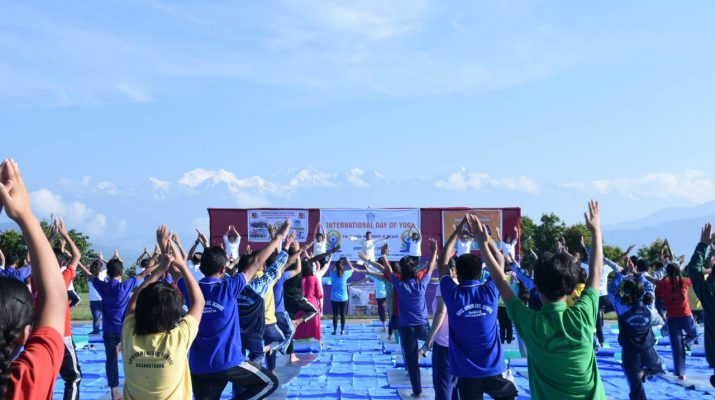 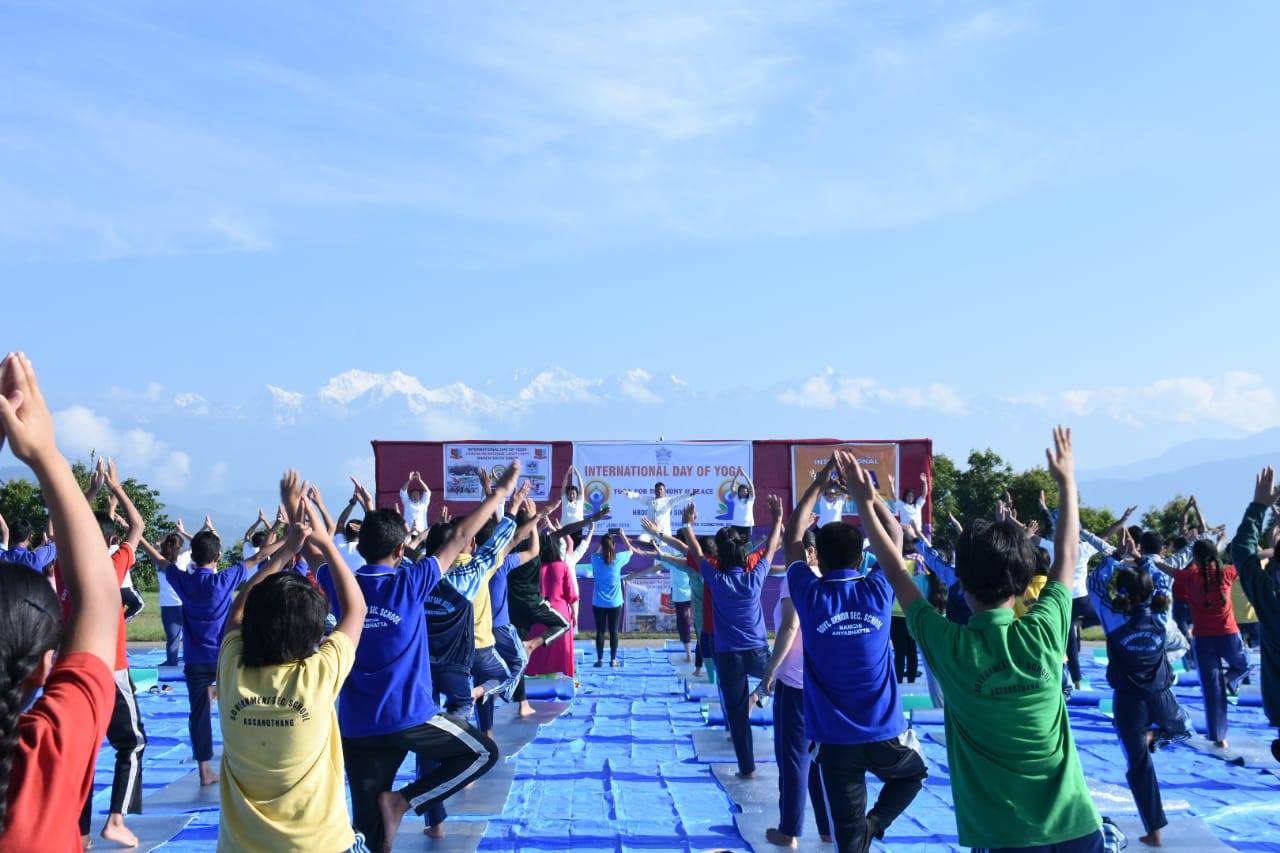 Namchi, 21st June 7(IPR): With the rest of the country the headquarters of South District also joined hands in a grand celebration of ‘International Day of Yoga’ at Assangthang Helipad, today. 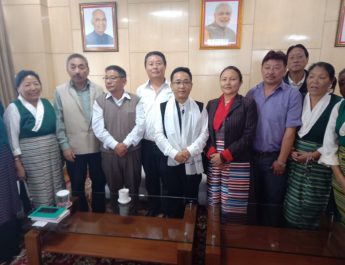 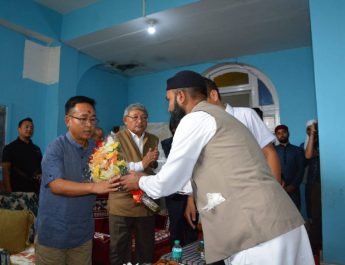 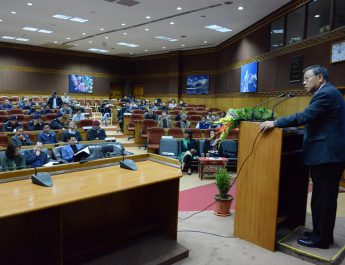