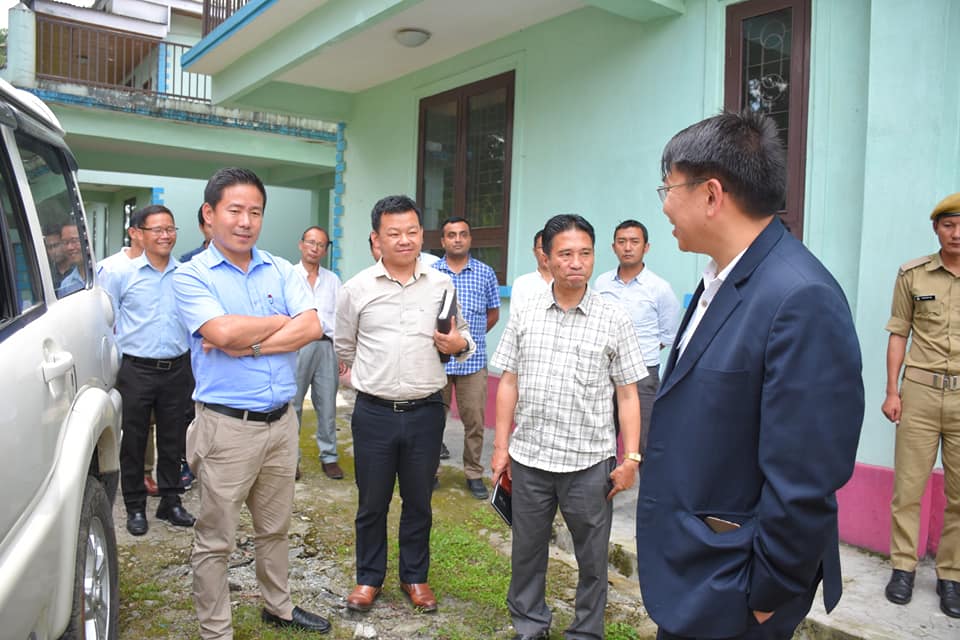 The District Collector visited ​Soreng Sr. Sec. School interactions with teachers and students. The District Collector encouraged the students to study and have big dreams for their future. He urged the student to not limit and constrain themselves to be small. He asked them to have the attitude, the right mind set and work hard and smart. He urged them to be ambitious and work towards their goal. Explore Atal Tinkering Labs. He also advised the students to have a practical knowledge and read alot in order to gain knowledge. He mentioned that the pain the take now is for their future. He then visited the sites of the Football Stadium at Soreng, Base camp under the Tourism Department at Timberbung, Model ICDS at Timurbung and Science College Chakung where the problem of Water scarcity and electricity were discussed and DC assured to help them.
He also met with the contractor of the Science College Chakung and asked him to start the work as soon as possible. The repairing of water tank at Hingwa was also discussed. He also visited the Primary Health Center, Soreng.
On the way the District Collector also visited Kaluk Rinchenpong areas and met with the BDO Kaluk and Panchayat Members. He then assured that the problems of the region would be solved soon.
The District Collecter stated that a plan for creation of infrastructure facilities in Soreng would be put forward to the state government. The interventions like improving the quality of education and health care would be taken under the Aspirational District Program. 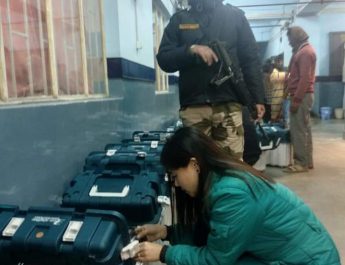 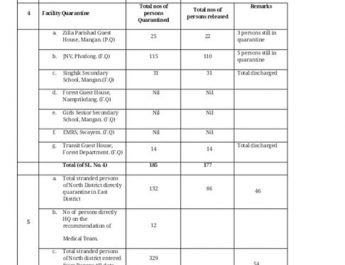