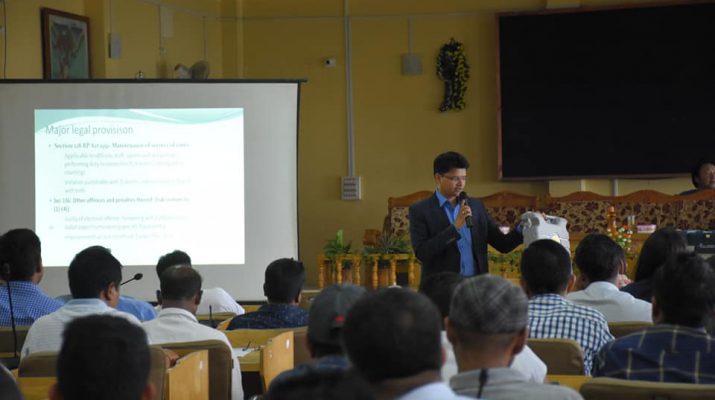 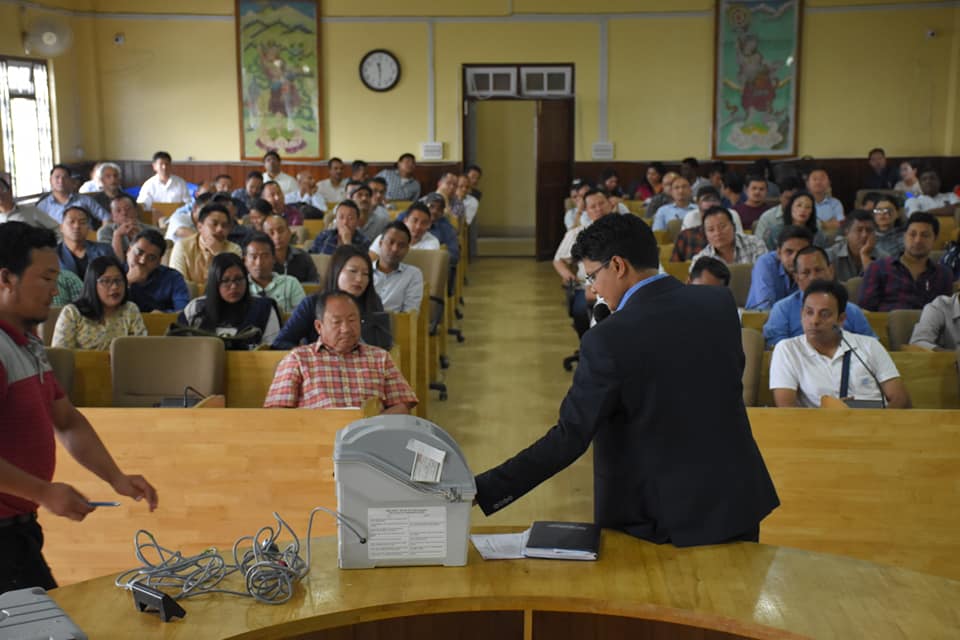 Shri Nikhare addressed the trainees present on the layout of how and where the counting will take place in the district. He mentioned that a three layered security system would be constituted wherein the State Police, State intelligence Bureau and Central Parliamentary Armed Forces would be deployed to ensure proper security. He also mentioned that four separate counting halls for Parliamentary and Assembly Constituency have been designated, Halls 1 and 2 (BRC Auditorium Hall, Govt. Girls SSS, Kyongsa) and Hall 3 and 4 (Auditorium Hall, Govt. Girls SSS, Kyongsa) for Parliamentary and Assembly Constituencies respectively.

The SDM (HQ) also mentioned that the personnel involved in the counting process would be given Identity Cards without which they wouldn’t be allowed to enter the premises. The objective of the training was to make the Trainees understand and learn about the counting of Postal Ballots, Counting of Electronically Transmitted Postal Ballots, Counting of Votes recorded in EVMs, Counting of VVPAT slips and Compilation of data. He also spoke in depth about the filling of different forms, compilation of data, counting teams for EVMs, Postal Ballots and Additional Counting Team for the ECI Observer, Counting Team Compositions (1 Counting Supervisor, 1 Counting Assistant, 1 Micro Observer and one Support staff), Micro Observers and their duties, computation team who have to compile data manually and digitally, process involved in the postal ballot counting, cross checking of results by the ECI Observer and other aspects associated with the counting procedure.

A demonstration on the EVM and VVPAT machines was also shown to the Trainees for understanding what to watch out for in the time of counting. He also informed that a Dry run (Mock Counting) will be conducted at the Auditorium Hall, Kyongsa Girls Sr. Sec. School on 20th May, 2019 at 9: 30 am. Also the Strong room will be opened on 23rd May, 2019 at 7:00 am and the counting of EVM and VVPATs will start from 8am sharp in all the 4 Halls simultaneously. 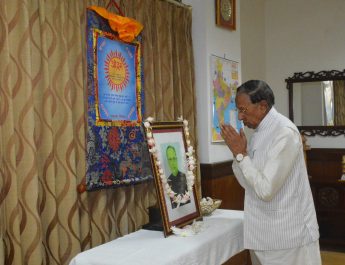 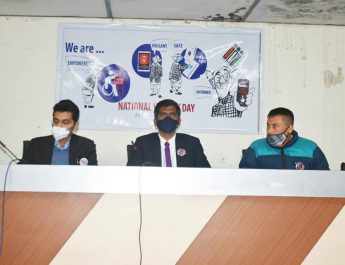