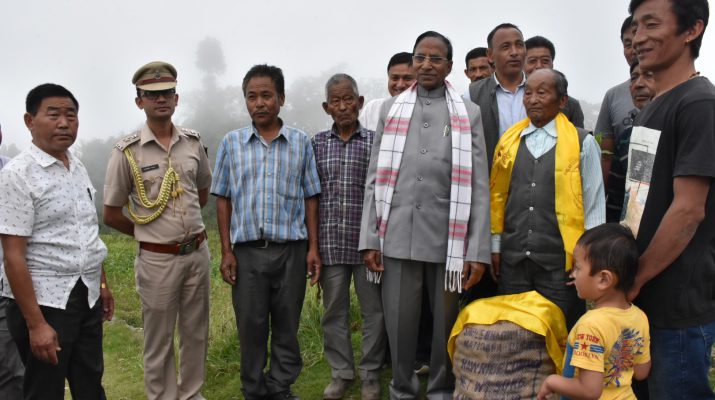 Namchi, 18 May (IPR): In continuation with his Melli tour, Hon’ble Governor Shri Ganga Prasad visited various places in the locality today. He was accompanied by SDPO (Jorethang), Mr. Sonam Wangdi Bhutia, Panchayat members and other officials.

The Governor visited Ash Maya and Shalom homestays at Sadam Upper Sukrabarey. He was briefed by the homestay proprietors about the history and the functioning of the homestays. He was also informed that some rooms has been provided for the use of the visiting tourist and are equipped with basic minimum services.

Speaking with the homeowners, the Governor expressed his delight on the efforts of the local families in operating homestays which is inexpensive and will further promote the unique culture, organic farming of the state amongst the visiting tourist.

The Governor then visited the water harvesting tank at Gupti wherein he was informed about the techniques of water harvesting by the locals who also informed that the tank was build by SWRC NGO from Rajasthan in the year 1996, considering the geographic parameters of the area.

The locals also updated that the harvesting tank has supported each and every household of the area as this water is used for both drinking and cooking purpose. The Governor appreciated the endeavour of the locals to set up a water harvesting tank which has in turn sustained the livelihood of the people.

The Governor also stopped at the floriculture nursery of Mr. Harka Pradhan wherein he took a keen interest to understand on how to nurture the different types of flowers and initiative in which the flowers can be marketed.

The Governor also sojourned the community aromatic distillation unit at Kerabari which is supported by State Institute of Capacity Building (SICB). This distillation unit majorly focuses on production of lemongrass herb and its produce namely essential oils, tea leaves and phynelle. Mr. R. B. Chettri detailed about its formation, manufacture and retail mode of this herb.

The Governor emphasized that this type of unit should be opened by the public of the state especially in the rural areas in order to be self-sufficient. He also added that they should converge the locally available plants into various end products as there is a major global market for these types of plants.

Thereafter, the Governor toured Yuksom Breweries at Melli during his last leg of his two day visit. The officials of the breweries informed the Governor about the various process of beer making from filtration, bottling and packaging respectively. 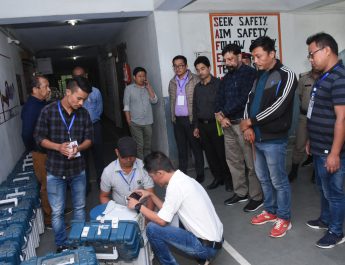 Second Randomization and commissioning of EVMs 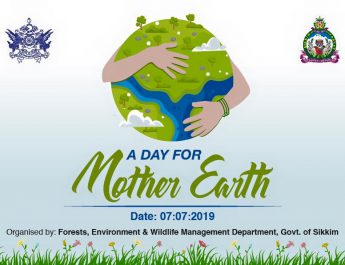 Meeting on ‘A Day for Mother Earth’ celebration held in Namchi 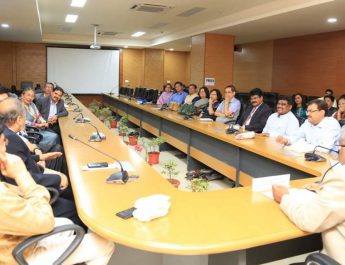