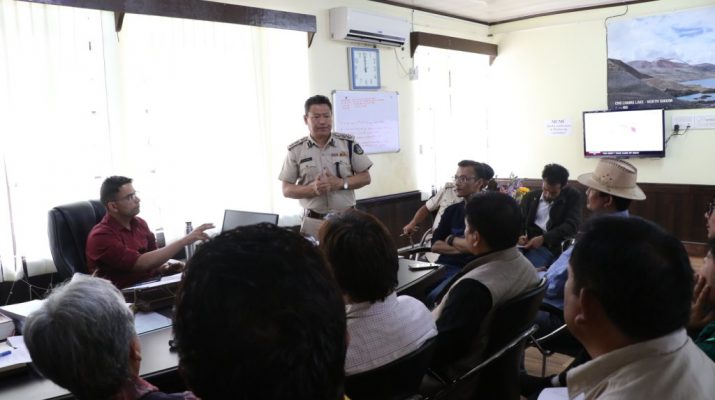 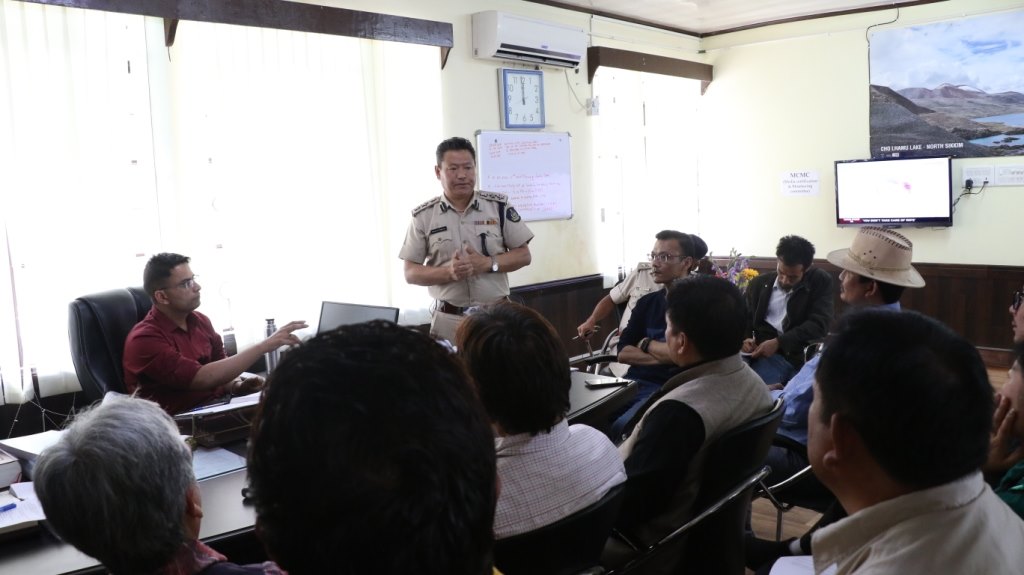 Mangan, 10 May (IPR): District Election Officer-cum-District Magistrate, North, Shri Raj Yadav, conducted a meeting on Vote Counting Procedure for all political parties of the district at his chamber today.

The meeting was held in the presence of Superintendent of Police, North, Shri Kunzang Dorjee Shangderpa, Sub Divisional Magistrate, Mangan, Shri Samdup Bhutia, Under Secretary, Election, Shri Santosh Pradhan, and representatives of all political parties of the district.

The DM/N informed that the counting will begin from 8 am on 23 May at the conference hall of strong room in DAC, Mangan. At first counting of Electronic Transmitted Postal Ballot System (ETPBS) will be done which will followed by Postal Ballot counting. Both the counting process will be verified three times by a scanner and any mismatches on the Postal Ballot envelope serial number will be accounted as an invalid vote.

The third counting will done on the Control Unit (CU) and the final counting will be done on Voter Verified Paper Audit Trail (VVPAT) slips. There will be separate counting tables for CU and VVPAT.

The DM/N stated that there will be restrictions of people entering in the Counting hall during the day of counting. Only exclusive agents and staffs with ID cards and authorization letter will be allowed to enter the hall. There will also be restriction of vehicles entering into the DAC compound. Only two vehicles belonging to political party/candidates will be able to enter the DAC compound.

He urged the political parties to extend their best cooperation in making counting process a peaceful one. After the result declaration, the CU and the VVPAT machines will be re-sealed and kept in safe custody for 45 days in Strong Room to address any form of complaint by the political parties.

The counting process will begin constituency-wise starting from 29-Kabi-Langchuk to 31-Lachen-Mangan and finally 30-Dzongu. The counting of the last constituency 32-Sangha will take place in East Sikkim.

The DM/N asked all political party supporters and officials to maintain peace and discipline on the day of counting.

The SP/N briefed about the traffic and transportation arrangements for the counting day. He stated that the political parties supporters will be kept separately at Zilla Bhawan and Mangan Hospital to avoid any form of violence.

He informed that only two vehicles for candidates will be allowed for a touch and go at the DAC Office. Mobile phones will be kept outside of the hall with a token system. It was also informed that frisking will be done. In the end, he told all the political parties to direct their supporters to celebrate responsibly without any form of violence. 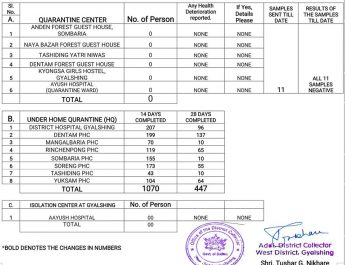 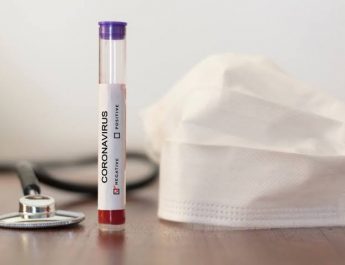