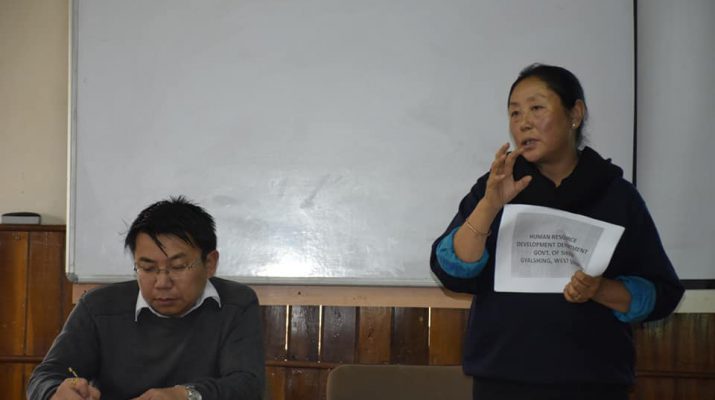 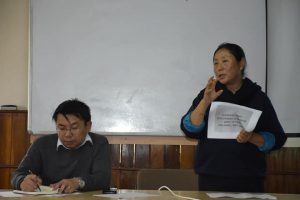 The DC, West urged the departments involved to pick up the pace and start progressing towards the improvement of the indicators of Aspirational District in West Sikkim. He congratulated everyone for their efforts made in the past year and asked them to make similar commitment and show similar enthuse in making the West District better than last year.

He further urged the Health and Education Departments along with ICDS, NERLEP, ITI, AHVS, Horticulture and Agriculture Departments to put work collectively and in convergence to make an overall development in the district.

The DC, West stressed on education being the main priority of the district and asked the Additional Director, Human Resource Development Department to concentrate more on residential schools. He also asked the ICDS and Primary Schools to work in cooperation. He advised the HoDs to focus mainly on the gaps of their individual departments which needs to be worked upon whilst ensuring that the District Administration would cooperate in every way possible.

He also asked the AH&VS Department to focus more on the production of dairy and poultry. Agriculture and Horticulture Departments were advised to help farmers with creating more income via their crop production and also the possibility of Cold Storage facility which could be made available in Dentam for the benefit of the Farmers of West Sikkim.

The Horticulture Department was also advised by the DC to use the surplus lands of the Residential Schools for crop cultivation which could be utilized to feed the students of the school itself. He instructed the Additional District Collector (Development) of Soreng and Gyalshing along with SDMs and BDOs to look after the water supplies, rural electricity issues, adoption and monitoring of Schools and teachers. The DC, West also welcomed innovative ideas and projects of the departments which can improve the District at large.

Road Maintenance Order from the office of DC West