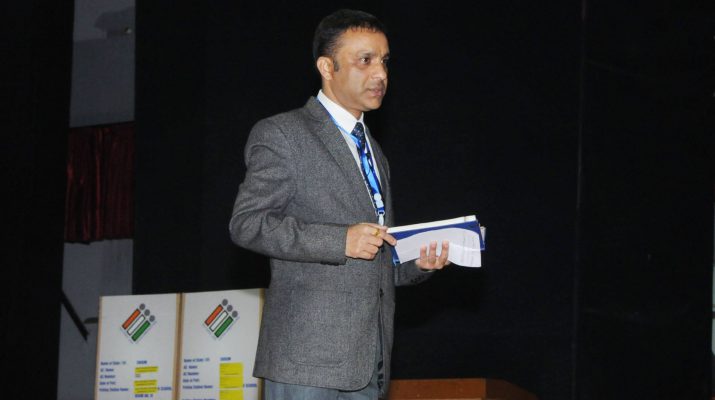 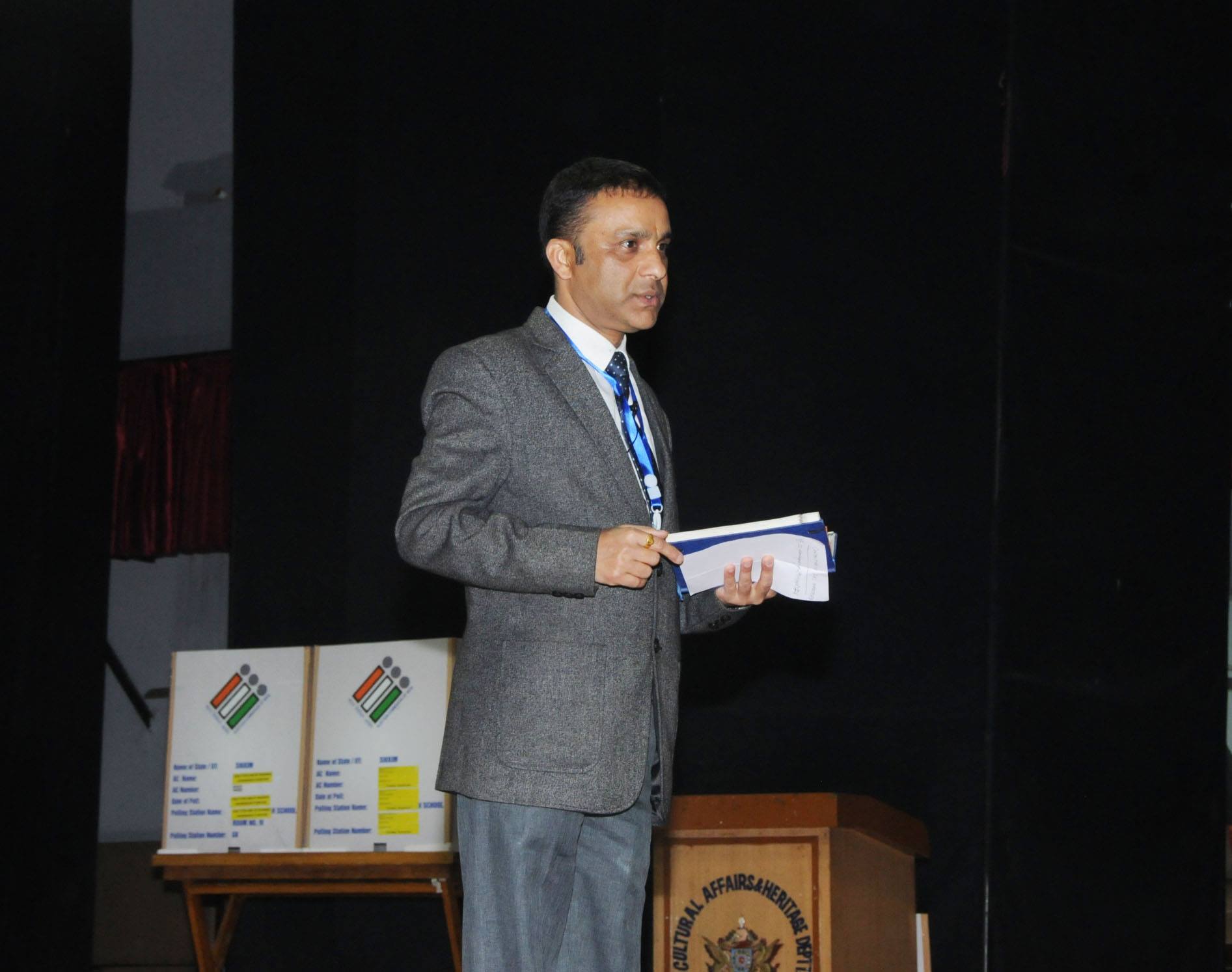 Gangtok, 5 April (IPR): The last and final round of training on various poll related procedures and the handling and functioning of the EVMs and VVPATs was held at the conference hall of Manan Kendra today.

Shri Ameeya Abhyankar, IAS in his address to the polling parties stated that it is of great responsibility to be assigned polling duties and hence they must exercise utmost caution and sensibility during the polling process. He asked all to energetically participate in the training and derive optimum knowledge from this training session to avoid hassles during the poll day.

CEO Sikkim/ Shri R Telang in his address to the trainees stressed on the participation of all for the success of the festival of democracy. He stated that the Polling parties are the core of the elections and a large chunk of the success of the elections depends upon them. He cautioned that one minute mistake can disrupt the whole polling process and hence the polling officers need to be viligant and alert. He spoke on the importance of conducting mock polls and the importance of cleaning the machine data before the poll starts. Shri Telang requested the Sector Magistrates to create a whatsapp group for all officers falling under their jurisdiction for better and increased communication.

DEO/ East Shri Kapil Meena while addressing the gathering outlined the various roles and reponsibilities designated to each polling official . He stated that the duty of the polling parties is to ensure that voters are able to cast their votes in secret, free from influence and in a calm atmosphere and added that they are responsible for the conduct of polls and for this they must have excellent knowledge of the voting procedure. He further stressed that the Polling Parties must be well conversant with all the details and instructions provided in the Polling Manual of the ECI .He solicited active participation from each of the official towards ensuring a successful polling day and wished all the very best.

Master Trainer, Shri Sharma briefed the Presiding Officers and Polling Officers about their fixed roles and responsibilities with respect to the smooth and successful conduct of the polling process. BEL engineers were on standby to impart hands-on training on the functioning of the EVM and VVPATs to the Polling Officers and help them get familiarized with the functioning of the machines. The process of the conduct of mock polls with 50 votes per machine on the day of polls was emphasized and all the necessary procedures pertaining to the polling process was demonstrated.
At the end of the training session detailed hands on practise session on EVMs and VVPATs was done which was participated by all polling teams. This was followed by distribution of Identity Cards and Postal ballots to the polling personnel who were allowed to caste their Postal ballots in the voting components set up for the purpose 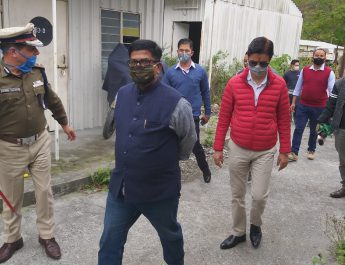 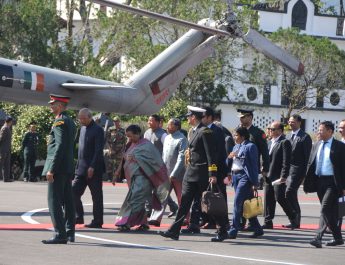 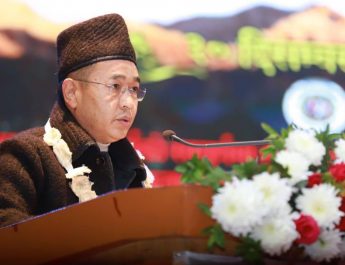