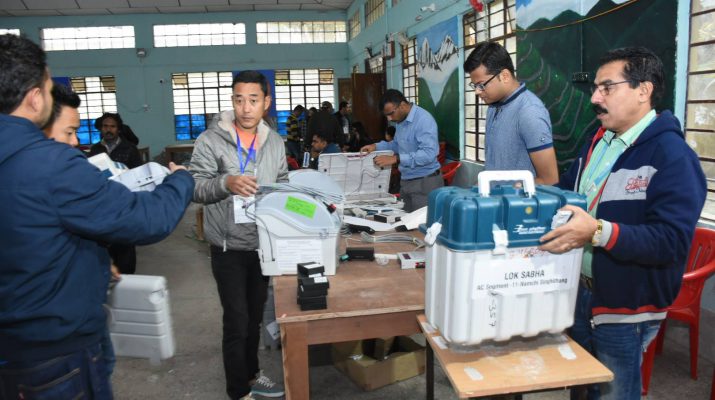 Namchi, 04 Apr (IPR): The commissioning of the Electronic Voting Machines (EVMs) and Voter Verifiable Paper Audit Trail (VVPATs) to be used for the Parliamentary Constituency for the ensuing General Elections, 2019 which commenced from 3rd April concluded at the Auditorium Hall of Namchi Senior Secondary School today.

It maybe also mentioned here, a total number of 24 Bharat Electronic Limited (BEL) engineers from Bengaluru oversaw the commissioning and uploaded the symbols in the VVPATs.

After the commissioning, the EVMs and VVPATs were sealed and stored in the respective Strong Rooms in the presence of General Observer for Parliamentary Constituency (South/West), Mr. Pankaj Agarwal (IAS), and agents of contesting candidates. The machines are stored under 24×7 CCTV surveillance and are guarded by armed security personnel. 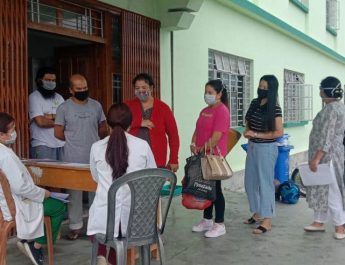 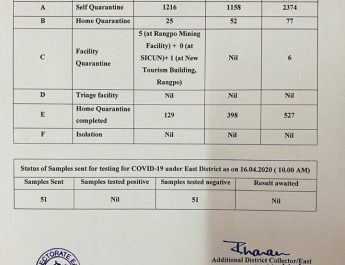