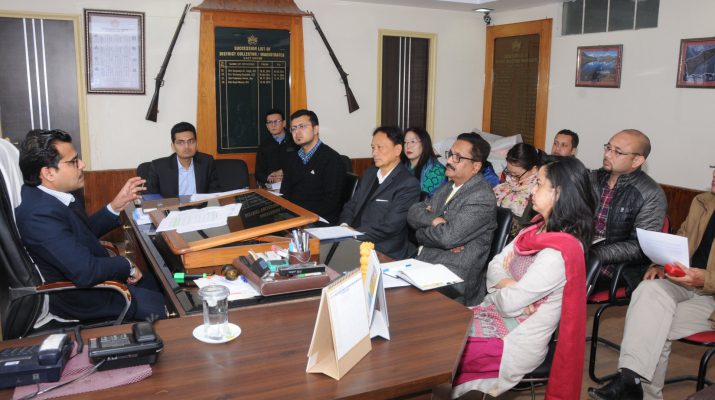 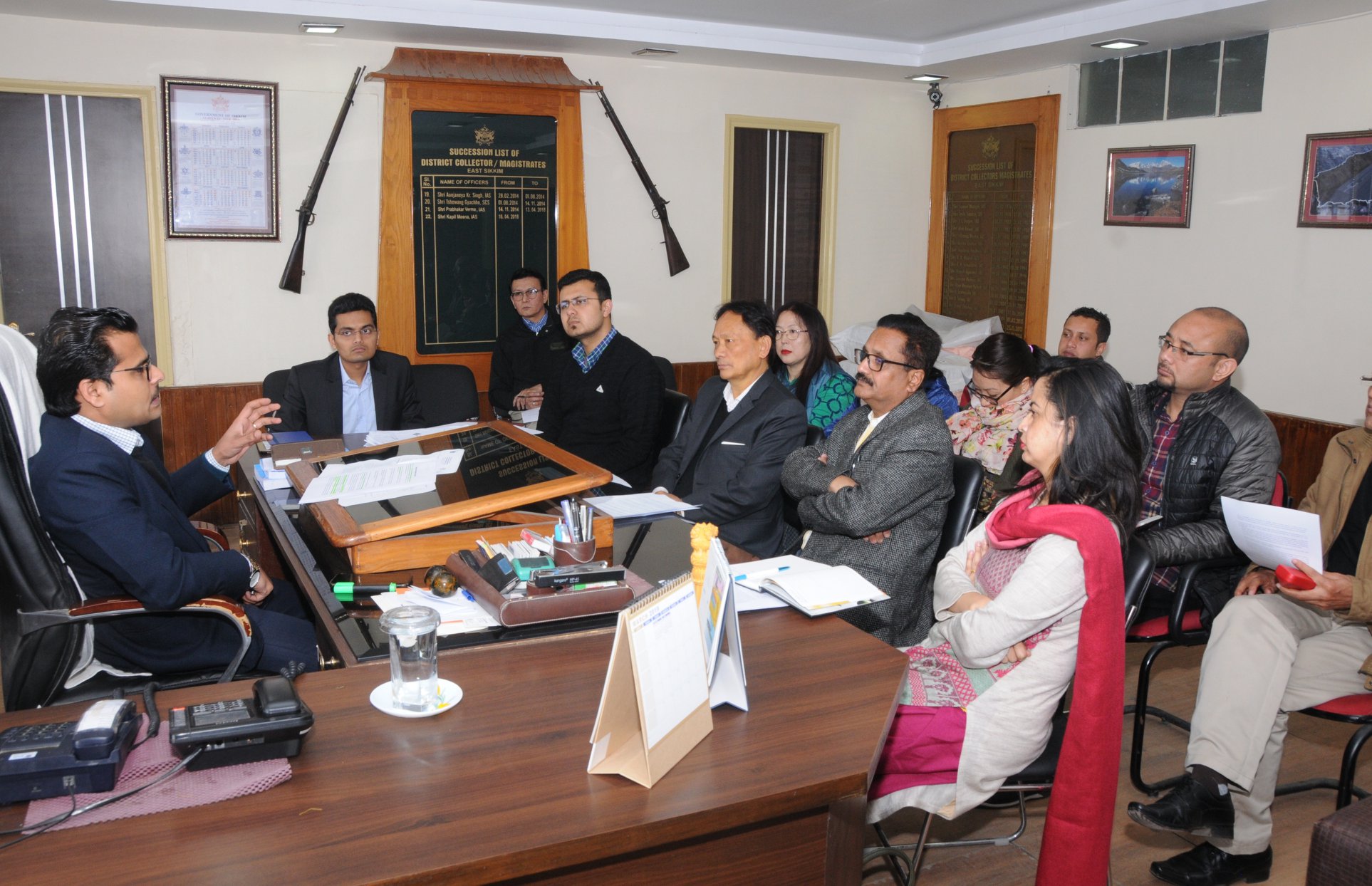 Gangtok, 14 Mar (IPR): Keeping in line with the Model Code of Conduct for the upcoming General Elections, 2019, the District Collector/East District, Shri Kapil Meena, who is also the District Election Officer, chaired a co-ordination meeting with all the expenditure monitoring related organisations.

Held at the office of the District Collector/ East, the meeting was attended by officials from the State Excise Department, the Income Tax Department and officials and representatives from public and private sector banks.

The core aim of the meeting was to apprise the financial organizations about the various guidelines regarding financial transactions that have come to effect since the implementation of the Model Code of Conduct.

The DEO informed that 1 Expenditure Observer and 12 Assistant Expenditure Observers for all the 12 Constituencies in East District have been appointed for effective vigilance and monitoring of all individual expenditures during the elections. He gave directions to the banks to submit daily transaction reports in a consolidated format and that all unusual and suspicious activities exceeding Rs. 1 lakh are to be reported to the office of the DEO.

Other guidelines in respect to the bank accounts of candidates and political parties, priority assistance in opening up of new election related accounts and delivering of cash in vans by third party agencies, are to be strictly adhered to, informed the DEO.

In regards to information of suspicious or illegal cash, foreign currency and fake Indian currency notes found during the elections, the office of the DEO would be the first point of contact for such instances, it was informed.

The DEO also briefed the officials from the Excise Department on the use and mis-use of liquor during elections, various possible MCC violations and the need to monitor expenditure. He further directed them to appoint Nodal Officers to be attached with Flying Squads and Static Surveillance Teams and also compile daily reports and submit them to the office of the DEO.

In conclusion, the DEO solicited the support and co-operation of the Banks and other financial institutions to ensure that there is no violation of the Model Code Of Conduct and the election process is carried out smoothly and successfully. 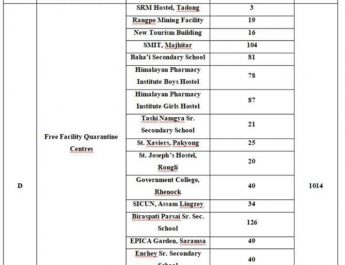 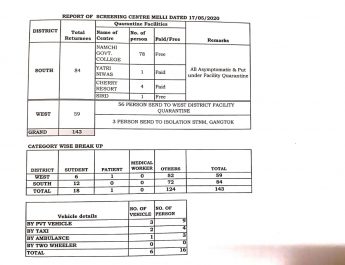 Status report of screening of stranded people at Melli Screening Centre as on 17.5.2020 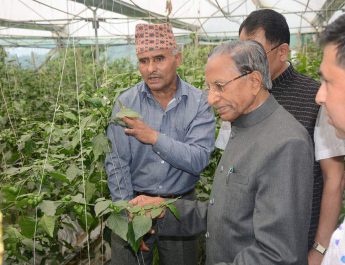