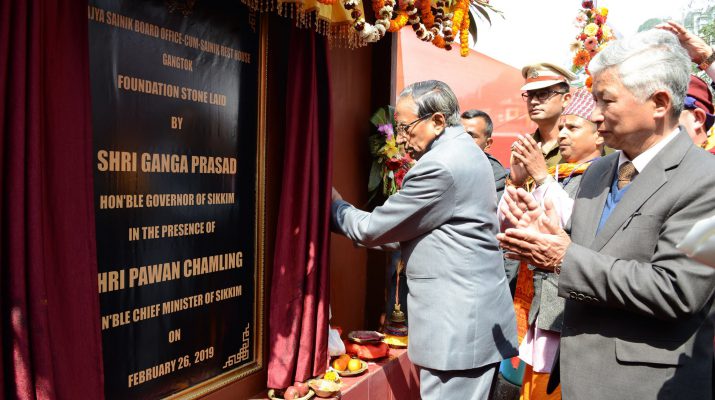 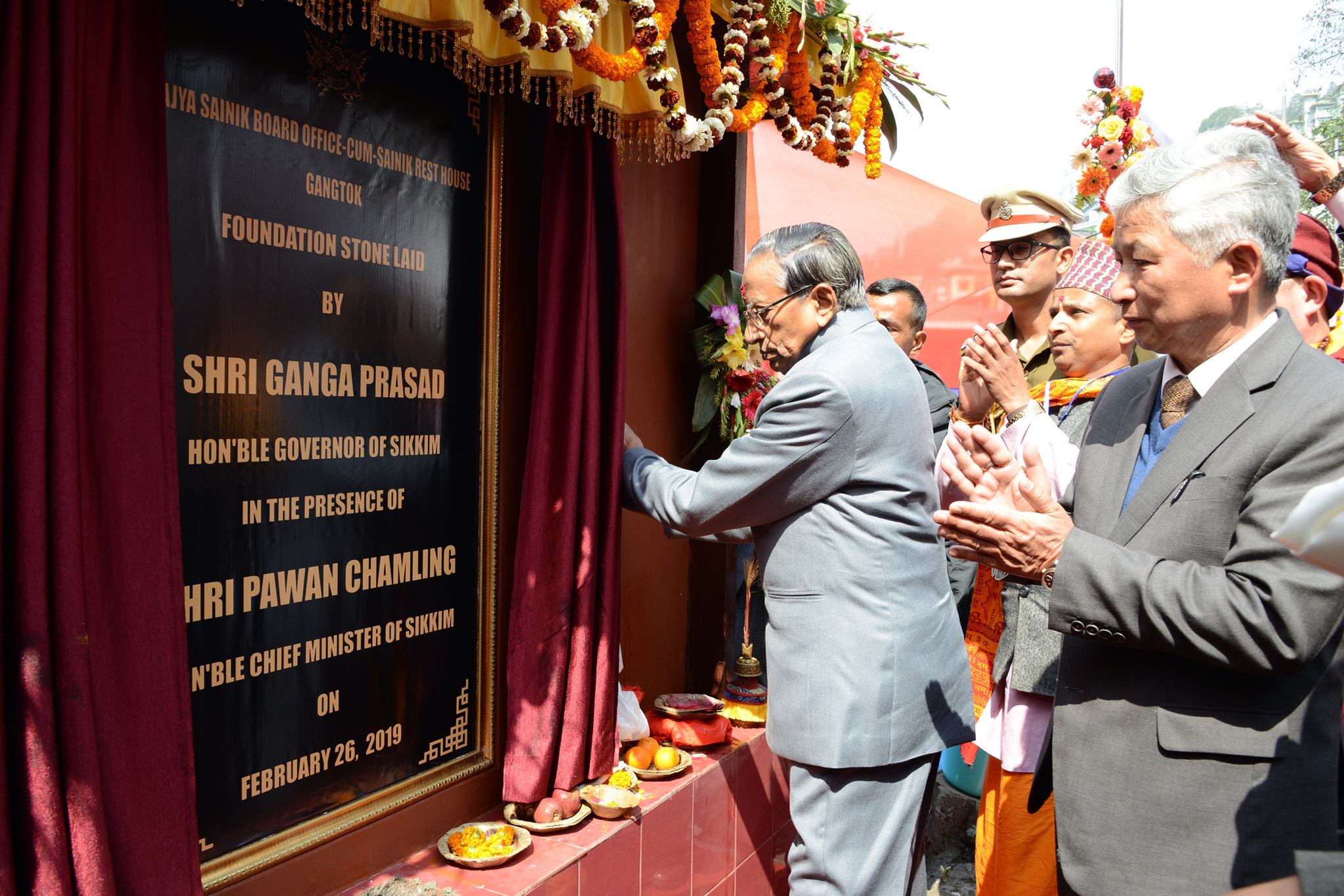 Upon arrival, Governor Shri Ganga Prasad was received by the Minister, Chief Secretary and other officials, and was briefed about the activities of the Rajya Sainik Board by Secretary Col D.N. Bhutia, before the laying of the foundation Stone. Secretary Building and Housing Department Shri R.B. Thapa gave the technical briefing of the upcoming infrastructure.

The Governor was welcomed with shawl, floral bouquet and traditional khadas by Family of World War II Veterans, Gallantry Award Winners, Veer Naari and Everesters. The Governor individually met and interacted with each member of the audience.

Addressing the program, Governor Shri Ganga Prasad paid trubute to the brave jawans and Ex-Sevicemen who have dedicated their lives to the service of the nation. He also paid his respect to World War Veterans, Gallantry Award Winners, Veer Naari, Ex Servicemen and Serving Personnel, and brave individuals who have scaled Mount Everest, many of whom were present in the program. He said that it is because of the selfless service of the brave jawans that the citizens of the country can enjoy peace and security. He added that the nation is progressing in every front because of the vigilance of the army. He said that the army is committed to serve the nation even in dire circumstances. For them, mother and motherland are supreme and protection of the two is their prime duty, he said.
Governor Shri Ganga Prasad lauded the positive initiative of the State Government in envisaging this Rajya Sainik Board Guest House cum Office and for allocating adequate financial resources for the same. He said that the infrastructure once complete will be a huge asset for the Rajya Sainik Board. The Governor suggested that the Government should consider having special classes taken by Ex-Servicemen in schools and colleges so that students can listen and learn from their inspiring stories.
The Governor also remembered the 43 jawans who lost their lives in the recent terrorist attack in Pulwama District of Jammu and Kashmir and paid his tribute to the families of the martyrs. He said that India is a powerful nation and believes in its capabilities. He reiterated that enemies of the nation will not be spared. 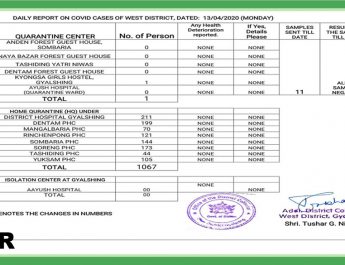 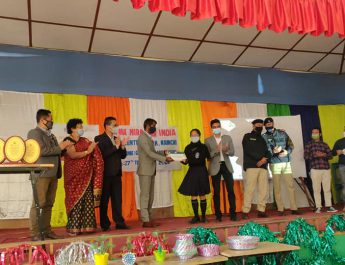 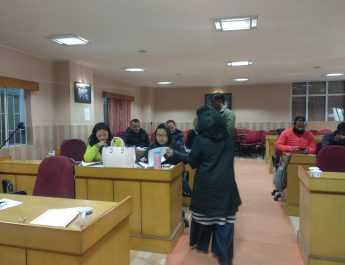