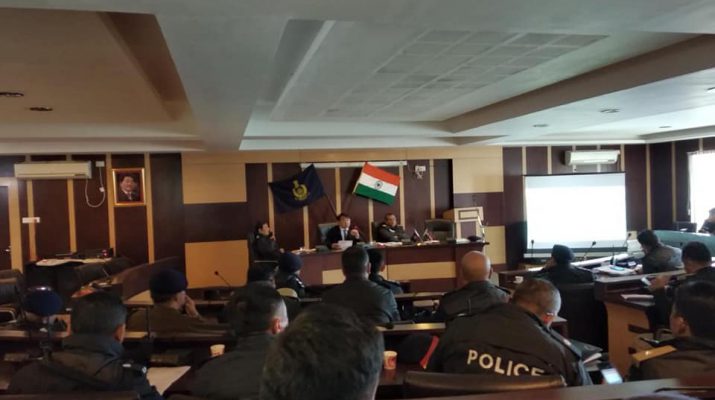 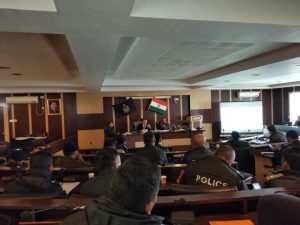 Gangtok, Feb 16 (IPR): Keeping in view the upcoming general elections 2019 and to sensitize the Police Officers about their role and responsibilities during the election, the Office of the Chief Electoral Officer organized day long workshop at Conference Hall of Police Headquarter here today.

The inaugural session of workshop was attended by the Chief Electoral Officer (CEO), Shri R. Telang, Director General of Police (DGP), Shri S.D. Negi and high rank police officials. During the session, CEO and DGP took several queries from the trainees and cleared their doubts.

The workshop had participation of police officers including IGP Law and Order, Shri Gyanendra Kumar Verma, DIGP, Shri D.B Giri, Superintendent of Police of all four districts and ASPs, SDPOs and SHOs of all police stations.

IG Law and Order Shri Verma informed that all the official will be under the direct supervision of ECI once the Election is notified by the commission.

He urged police officers to ensure free and fair elections in the state.

ASP, Sonam D Bhutia spoke about the general policing for forthcoming general election in the state.

Resource Person, District Electoral Officer, Shri Karma R. Bonpo briefed in detail about the different procedure of security arrangements as per the Election Commission of India (ECI) guidelines during the poll and officials role of police officers. He spoke about various law and order measure during pre poll, post poll and during poll.

Post lunch session had another resource person, State Level Master Trainer, Shri Yadav K Sharma where he made officials familiar with the Model Code of Conduct and its violation.

Assistant Director (IT), Election Shri Zangpo Gyaltshen Bhutia informed about android based mobile application service – cVIGIL, which was launched by the Election Commission of India. This cVIGIL mobile application can be used by any citizen to report to commission directly on the violation of Model Code of Conduct during the election, it was informed.

Additional CEO, Ms Roshni Rai informed the gathering about Voter Helpline mobile application, Toll-free Helpline number 1950, web portal nvsp.in and ceosikkim.nic.in. She further mentioned that by using all voter helpline app, toll free number and web portal any citizen can check their EPIC number, electoral registration, polling station and other election related issue at anytime between 9 am to 6 pm in all working days. 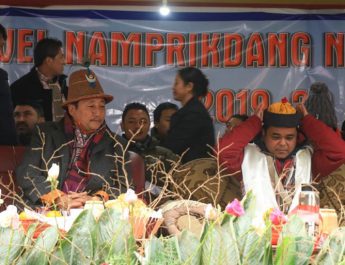 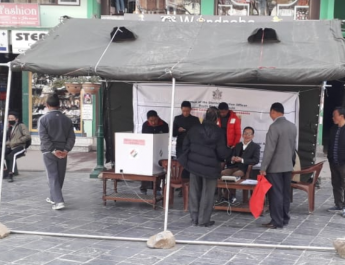 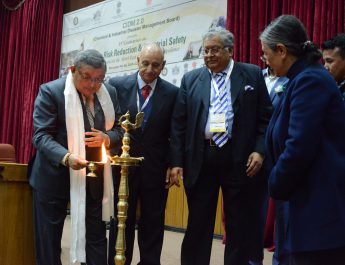