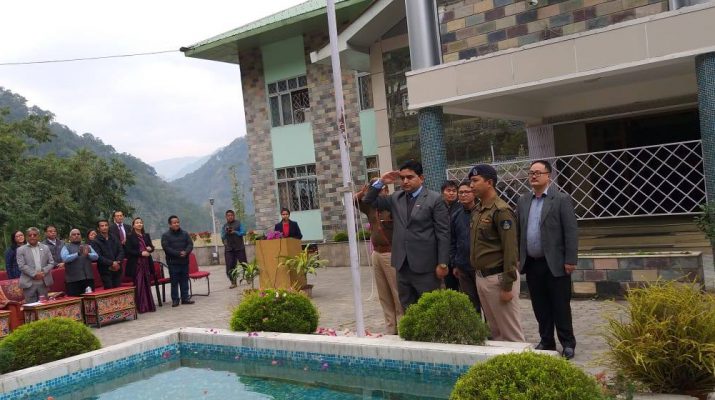 The Chief Guest of the occasion Mr Arjun Kumar Ghatani, in his address, elaborated importance and significance of the Republic Day of India and recalled contributions of freedom fighters and Indian Nationalist personalities to make India a Republic country. He paid honour to the architect of Indian Constitution Dr. BR Ambedkar for his incredible role to frame Indian Constitution, a longest constitution in the world.

He underlined developmental activities accomplished by the state government during the last 25 years of good governance under the visionary leadership of the Chief Minister Mr Pawan Chamling. He mentioned that the Organic Mission, Chief Ministers Meritorious scholarship scheme, Dr BR Ambedkar Scholarship Scheme, 10 minutes to earth, pilgrimage development, CATCH Programme etc. have reflected impressive result in development of state in various spheres.
Further, he emphasised on medical health facilities being provided in all districts hospitals and other health centres too. Newly inaugurated 1000 bedded Multi Speciality Hospital at Sichey is the historic development in health sector to provide special medical care to the people, as envisioned by the Chief Minister, he added.

Earlier, the Republic Day message of the Governor of Sikkim and the Chief Minister of Sikkim were also read out on the occasion. The programme concluded with the thanks proposed by the SDM Jorethang. 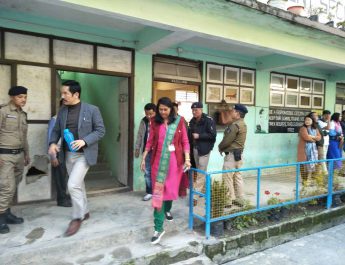 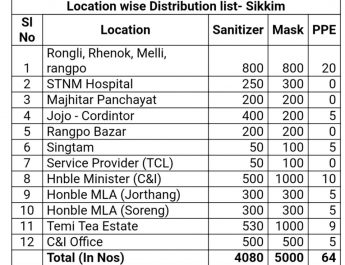