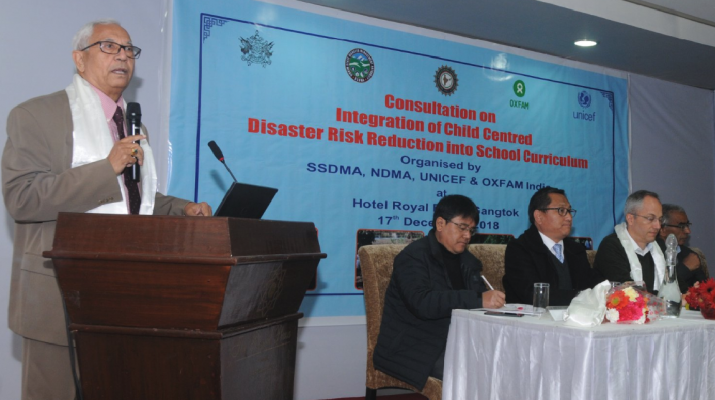 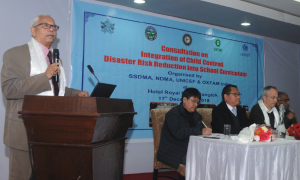 Mayor GMC Mr Shakti Singh Choudhary, in his inaugural address, highlighted the steps taken by the State Government in tackling any disaster situation in the State. He impressed upon the various projects and programmes initiated by the Government in coordination with various line Departments and organizations to reduce the risk of Disaster.

While addressing the session, UNICEF India Chief Mr Lars Bernd said that the concentration on relief and mitigation is of utmost importance. He added that equitable distribution of safe and adequate resources, usages of technologies and ecological restoration is very important to reduce the risk of disaster. Appreciating the initiatives taken by the State in disaster risk reduction, he stated that more focus needs to be laid on quality and quantity based work. He also spoke about various aspects of School Safety and to build new skills in schools, to empower children inside and outside the Schools during Disaster and to sensitize them for sustainable development.

Earlier, Dr. Vinod Sharma, Vice Chairman SSDMA, in his welcome address, congratulated the Department for organizing the workshop in the State of Sikkim and assured to continue such programmes in future which can be helpful to achieve the goal of the Chief Minister to make Sikkim a Model State in the area of disaster risk reduction.

The inaugural session concluded with vote of thanks proposed by Mr G.C. Khanal, Additional Director, LR&DMD, which was followed by the technical session. 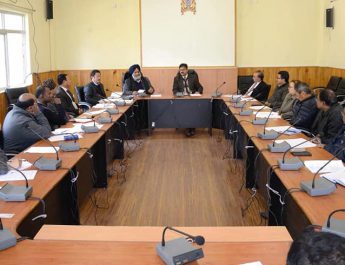 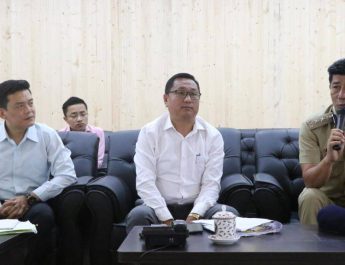 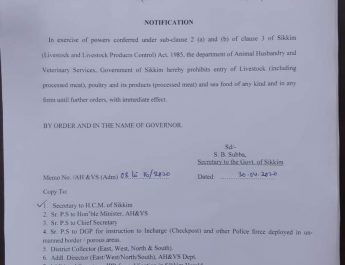 Notification Prohibiting Entry of Livestock (Including Processed Meat), Poultry & Its Products (Processed Meat) and Sea Food of Any Kind and Form into the State