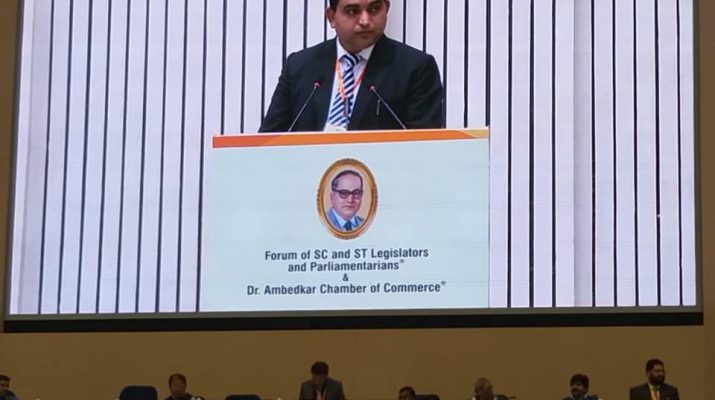 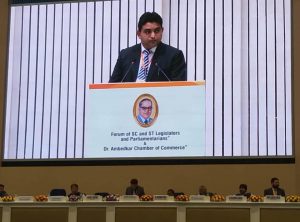 In his inaugural address the President of India Mr. Ram Nath Kovind congratulated the forum for organizing a challenging event of International Ambedkar Conclave. He stressed upon incredible role played by Dr. B. R. Ambedkar in framing Indian constitution and underlined preamble, directive principles and fundamental rights as its key components. He drew lights on importance of women participation in democratic process and paid due credits to the pivotal role of Ambedkar and his visions. The president of India called for proper coordination between the organizations working for economic reformation of the weaker sections of the society. He urged the house to extend support for upliftment of underprivileged marginalised population who have been left behind in journey of development and progress of the country.

Minister Mr. Arjun Kumar Ghatani, after sharing dais with the President of India in the inaugural session, chaired a technical session on the Constitution and Role of Judiciary. Minister Ghatani, in his deliberation said, the judiciary is true dispenser of justice, protector of the rights of the people, guardian of the constitution of the state, arbitrator of the centre-state disputes, protector against the unconstitutional legislative and executive excesses by means of judicial review and a provider of rule of law and justice. Judicial system is the key aspect in democratic way of life and that upholds peace, harmony and good governance. The judiciary or court in Indian federation works as a balancing wheel which keeps the equilibrium between the fundamental rights and social justice, he added.
Addressing the august house, he proposed a suggestion to establish 24 X 7 helpline number to report and address the issue of atrocities in national scenario which was unanimously welcomed by the house with huge round of applause.
He took the opportunity to elaborate implementation of political, religious and educational rights in the state of Sikkim. He added that the state govt. under visionary leadership of the Chief Minister Mr. Pawan Chamling ensured social justice to every communities along with political rights from Legislative Assembly to Municipalities, Zilla Panchayat and Gram Panchayat level. The govt has established Atrocities court for the protection of rights of SC community, he added.

He informed details about the benefits and vision of Dr. Ambedkar Student Scholarship Scheme implemented in Sikkim, dedicated to the district topper students of class v standents from SC community, exclusively. He also highlighted on Chief Minister’s Meritorious Scholarship Scheme (CMMSS) implemented since 2010 to provide a prestigious educational platform of free education in renowned public schools of the country. Establishment of Ekalavya Model Residential School and Kasturba Gandhi Balika Vidyalaya is a unique and commendable effort of the Government to benefit underprivileged students in Sikkim, he added.

Earlier, in the inaugural session, Union Minister Mr Thawar Chand Ghelot emphasized on programmes and schemes implemented under the Ministry in the country.

Mr. Vijay Sampla, MoS Social Justice articulated on the role of Ambedkar and his determination, and dedication amidst unfavourable stigmatised environment against Scheduled Caste and marginalised section. 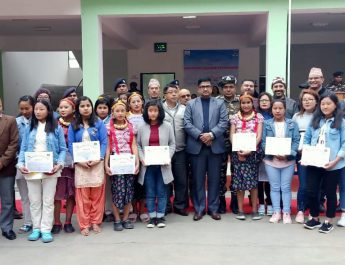 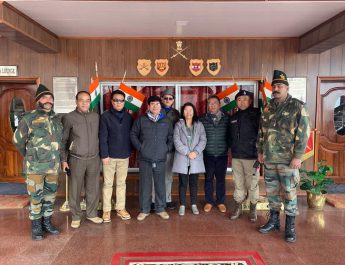