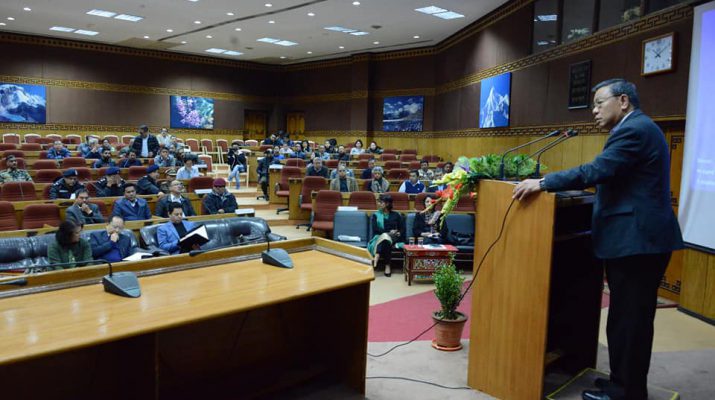 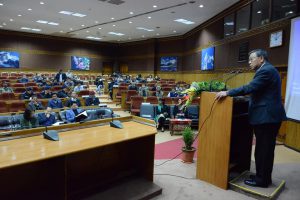 Gangtok, 30th November (IPR): The Urban Development & Housing Department, Government of Sikkim conducted a consultation and workshop on finding short term and long term solutions to the traffic problems in Gangtok at Chintan Bhawan today. Hon’ble Minister for UD&HD Mr. N.K Subba was the Chief Guest for the day and Hon’ble Member of Parliament (Lok Sabha), Mr. P.D Rai was the Guest of Honour.

Chief Town Planner (UD&HD), Mrs. Devika Sharma welcomed the gathering. MP (Lok Sabha) delivered the keynote address, setting a balanced tone to the gathering by applauding the work done so far by the government as well as welcoming feedback for measures to be implemented.

Hon’ble Minister (UD&HD) in his address encouraged more interactions and awareness programme on traffic decongestion and urbanization. He also informed the future projects of the government in providing solutions to tackle the traffic menace like widening of various roads at busy junctions and construction of pavements and foot-paths for efficient pedestrian movement, thus reducing car movements. Other projects in the pipeline include dismantling older structures like the BSNL building and converting it into taxi stoppage points.

Mr. Nitin Upreti of Feedback Infra gave a presentation on a Comprehensive Mobility Plan, based on a study made on Gangtok terrain and traffic movement. He provided possible solutions of decongestion through cable cars, creation of ring roads that help movement on inner ring road and outer ring road of Gangtok. He also cited examples of cities all over the world like Suwon in South Korea, Bandung in Java, Indonesia and Medellin in Columbia whose topography resemble Gangtok in many ways and suggested the measures they have taken, like skywalks, eco-mobility festivals etc. to instill a sense of ownership to the public utilizing these public commute services.

Mr. Ankush Malhotra of UMTC provided a detailed presentation on Techno-Economic Feasibility of Cable Car as Public transport. A study based on travel characteristic of Gangtok while keeping in mind the safety measures, he said that locations have been identified as stations and a model drawn for cable cars to implement as a mainstream public transport. He also cited various examples of cities from all across the globe who use cable cars as their mode of transport and concluded that it would work if integrated in co-ordination with other mode of public transport.

Mr. Kailash Pradhan of Architects of Sikkim gave a presentation on Ownership Model. He put forth the unique and peculiar ways of Gangtok town and stated that while this was a problem to find solutions for, it was also an opportunity to prove our selves as concerned citizens with a sense of belonging. He presented a schemetic connection draft made by architects and designers and suggested that a collaboration with a technical and financial team would bring about fruitful results. He stressed on the public taking responsibility and coming on board for infrastructural ventures.

The interactive session had points put forward from stakeholders, traffic police administration, government officials as well as the public. UDHD as well as officials from the Motor Vehicle Department took the feedback so as to come up with solutions and measures.

In the post lunch session, the workshop was divided into six groups who each discussed on various topics like traffic management, surface improvement solutions, alternative mobility solutions etc.

One member from each group presented their ideas andproposals after the discussion.

In conclusion, the Hon’ble MP (Lok Sabha) summarized the reports put together and stressed on sustainable development goals while also asking the stakeholders and entrepreneurs to work together in moving capital for efficient implementation of these measures. He ended his note reminding all that the traffic congestion affects everyone and therefore to act collectively and responsibly. 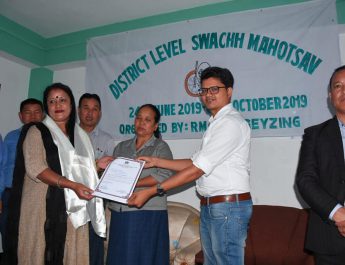 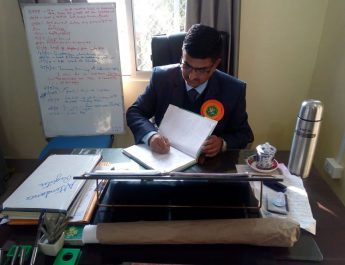