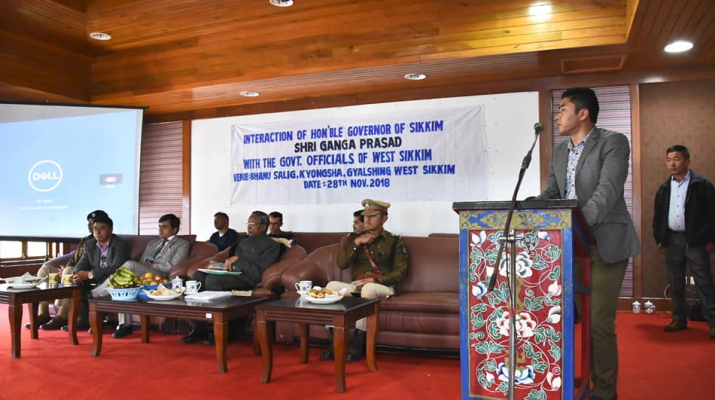 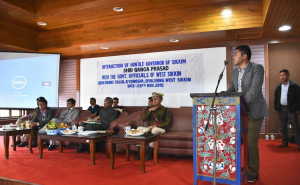 Gyalshing, 28th November, 2018 (IPR): The Hon’ble Governor Shri. Ganga Prasad on the 2nd and also the final day of his premier tour to West Sikkim interacted with the Government Officials of West Sikkim at the Bhanu Salig, Kyongsa. The District Collector along with SP West, ADC West and HoDs of different departments were present in the interaction program.
The Hon’ble Governor addressed the gathering of Government Officials and guests with his words of encouragement and advised them that their roles as Officials of the District is an important one. He also congratulated them for their respective roles in making Sikkim known not only to India but the entire world.
He advised the officials that their responsibility to the people and the state is huge and that their services would affect the future of Sikkim. Hence they must work with more enthuse and create newer milestones for the West District as well as for Sikkim and India. He mainly stressed on how the departments should be more involved in multiplying the agricultural and the horticultural produce of the state using various tools and techniques made available to them. He also advised them to find the right market to sell the surplus organic produce and generate more income for their economic stability. He further advised the DC to hold similar meetings of District Officials to understand the progress of the district and also visit rural areas more often to understand their perils and work out the possible solutions.
The program was conducted for the Governor to see and understand the District machinery at work and how the district was progressing. During the program various Departmental Heads presented their works in form of a PowerPoint presentation to the Hon’ble Governor briefly explaining him about their different projects and works in the district. 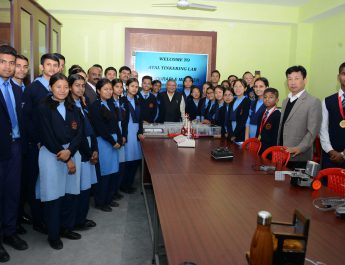 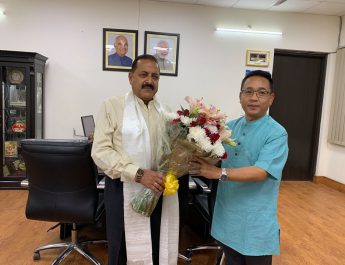 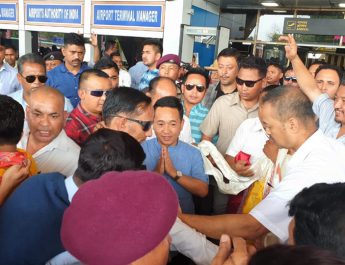 THE HON’BLE CHIEF MINISTER OF SIKKIM SHRI P.S.GOLAY REACHES BAGDOGRA AIRPORT. HE WAS ACCORDED A ROUSING WELCOME ON HIS RETURN FROM NEW DELHI.