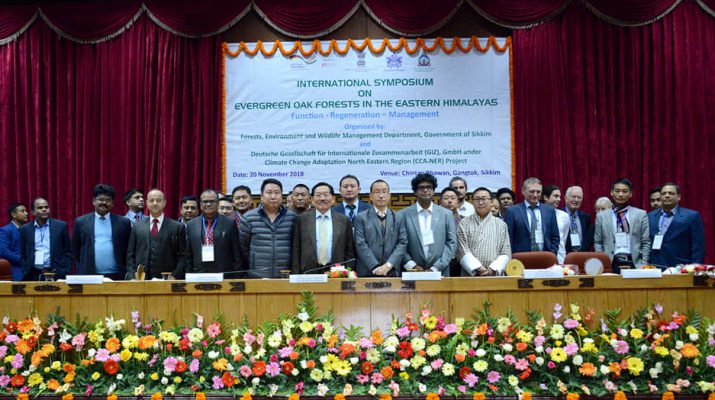 Chief Minister Shri Pawan Chamling in his inaugural address welcomed the international conservation experts and scientists participating in the symposium. He expressed hope that the symposium will deliberate on environmental threats and adoption of successful conservation practices like that of Sikkim for larger benefit. He called for collaborative approaches in understanding and adopting best conservation policies among nations, States and organizations. He added that the Government of Sikkim would make efforts towards developing appropriate forum for initiating strong regional cooperation among regional countries and north-eastern states initially, and the Himalayan states and mountain nations worldwide in time to come.

“I foresee common conservation policies and coordinated approached, which should be effective to withstand and reduce the impacts of different global environmental threats in the region,” he stated.

He congratulated the State Forest Department for collaborating with ‘German International Cooperation’ for the conservation and regeneration of Oak forests of Sikkim using innovative ideas of direct seeding. He expressed hope that the pilot study would be a benchmark for other states in the country to replicate. He added that the outcome of the pilot study could be up-scaled for regaining the oak forests to their original pristine level. He appreciated the GIZ for collaborating with the Government of Sikkim for the conservation of Oak forests of Sikkim and also welcomed cooperation from other international experts and agencies for interventions in addressing biodiversity conservation and climate change.

Speaking about Oaks forests in Sikkim, the Chief Minister said that the evergreen trees with good canopy cover are very close to the Himalayan people for their deep rooted relationship, giving high socio-cultural and environmental benefits. He suggested that Oak forests can be grown in the agro-forestry systems to reduce pressure on natural forests. He added that broad leaved Oak forests can also be a response to global climate change. 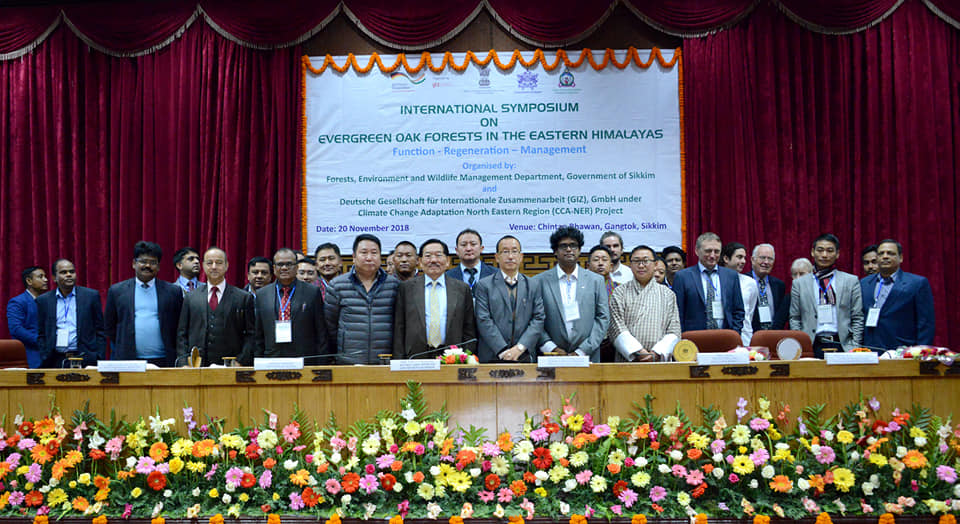 He called for appropriate scientific and management interventions to improve the natural regeneration of Oak forests in natural eco-system in the Himalayas as well as other naturally occurring oak forests in the world. He said that these conservation efforts should ensure that the Oak forests continue to provide eco-system services to people and environment and sustain continuity of such benefits to the next generation.

Professor Dr. H.C. Jurgen Huss, Chair of Silviculture, University of Freiburg, Germany, in his address said that he was highly impressed with the emphasis laid on forest conservation in the State. He presented a brief background on the work being done under conservation of Oak forests elsewhere in the World. He also highlighted the importance of Oak forest in theEastern Himalayas and added that the symposium followed by the field trip would help in understanding the subject to a great extent.

Project Director, GIZ CCA-NER Project, Dr. Peter Gross, in his address said that the symposium would deliberate in detail about opinions and strategies for management of evergreen Oak forests with special focus on the Himalayan eco-system.

Earlier, PCCF-cum-Principal Secretary Forest, Shri M.L. Srivastava, in his welcome address highlighted some facts about the geography and biodiversity of Sikkim and also shared some of the features of the Oak evergreen forests. 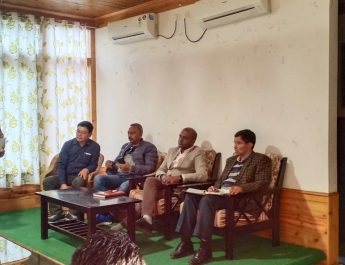 Order regarding De-notification of the following containment zones