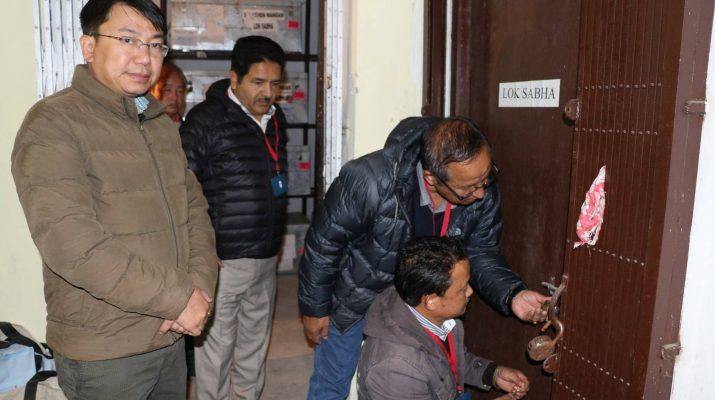 The checking of the EVMs will be done by the certified engineers from Bharat Electronic Limited and will be assisted by the staff of the Election Department of North district. The area where the FLC process is being conducted is under strict vigil of the Sikkim Armed Police and security arrangements are being monitored by the Superintendent of Police, North, Shri K.D. Shangderpa.

Today the strong room where the EVMs are stored were opened in the presence of the representative of the political parties such as Sikkim Democratic Front, Sikkim Krantikari Morcha and Bharatiya Janata Party. The entire process of FLC is being done as per the guidelines of the Election Commission of India. The process of FLCs aims to check the functioning of the machines and defective machines will be sent to the manufacturing company for repairs. Recording of the above is being through CCTV cameras and the FLC process is also being webcast to the office of the CEO to ensure transparency.

The FLC process in the district will take about a week to complete given that the district has only three assembly constituencies. The DEO, North has appealed to the political parties to ensure that their representatives are present throughout the procedure. 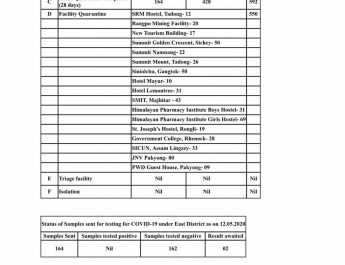 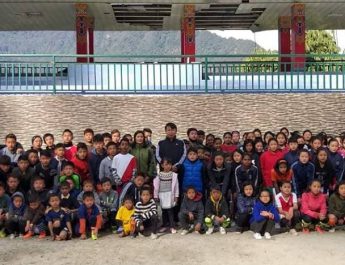 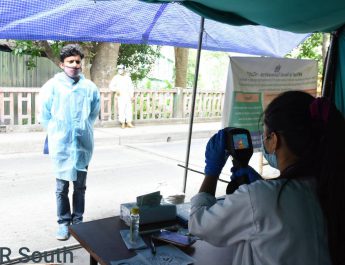 The gateway to South and West Sikkim: Melli Check-Post