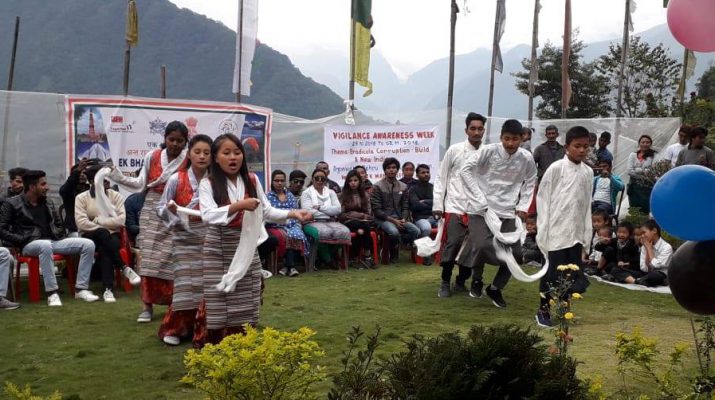 Mangan, 02 Nov (IPR): A youth exchange programme under the scheme “Ek Bharat Shreshtha Bharat” was organised by Nehru Yuva Kendra, North District at Malling Village in North Sikkim. The main of the “Ek Bharat Shreshtha Bharat” programme is the celebrate the unity in diversity of the nation and to maintain and strengthen the fabric of traditionally existing emotional bonds between the people of the country.

The programme also promotes the spirit of national integration through a deep and structure engagement between all Indian state and Union Territories and showcases the rich heritage and culture, customs and traditions of the different states. Under the programme, the State of Sikkim has been paired with Delhi and therefore there is a focus to establish long term engagement between the two States and create an environment to promote learning and sharing of best practices and experiences. A team of 40 youths from Delhi are on a tour to Sikkim and during the first phase they will be touring the North district.

Addressing the participants, the Minister briefed the gathering about the policies of the State Government. He stated that the State of Sikkim is the first organic State in the country and due to this visionary policy of the Hon’ble Chief Minister, Sikkim is now a household name in the country. The State of Sikkim has seen tremendous growth in tourism due to its rich natural environment and peaceful people. He stated the government has ensured the rapid development of the state and the necessities of the people like Education, Health and Housing have been taken care by the state government.

The DC North stated that the both the youths from the two States should utilize the opportunity of sharing their ideas, traditions and customs. The youths should maintain a positive outlook in their endeavours and urged the participating youths to make full use of the platform for gaining positive experiences.

A cultural programme showcasing the rich traditions of the two states was also presented on the occasions by the youth of Malling village and the participants from Delhi. The participants also shared their experience of Sikkim and how the programme has benefited them. 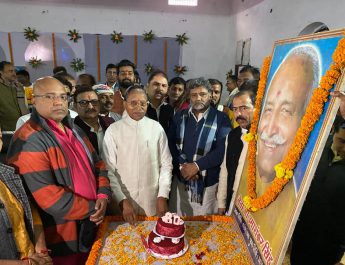 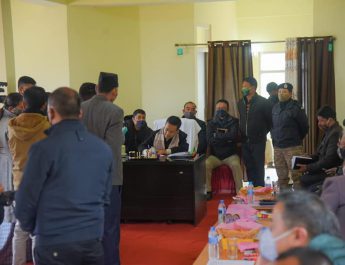 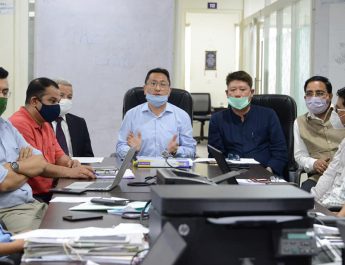 The State Evacuation Cell is now in its final phase