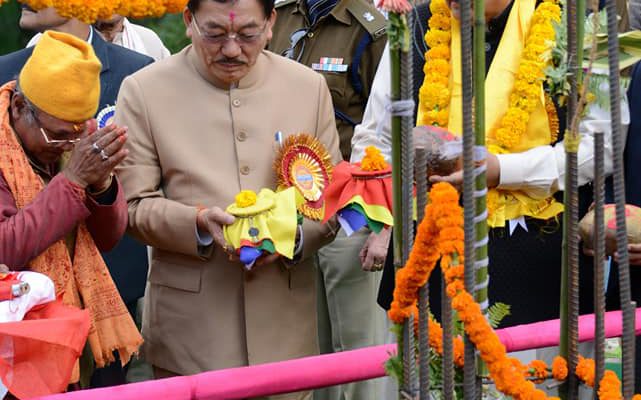 The auspicious day started with the Bhoomi Pooja where the new mandir of the Manav Uthan Sewa Samiti (MUSS) will be constructed.

The CM, in his short address, highlighted the main motive behind construction of this new Mandir. He said that secularism has always been a focal point of the government and purity of mind along with spirituality will lead people towards a happy life instead of greed and impurity of the soul. Shri Chamling said that it was a very holy day to have been blessed for the auspicious event by the Satguru himself and thanked the Maharaj for the blessing bestowed for this holy work.

He informed that the tentative cost of the Mandir till date is estimated to be Rs 5.5 crore and work will be completed within a year. He also stated that all demands of religious eminence which was placed in the 32 days tour or the Jan Sampark Abhiyan has all been sanctioned and work orders will be distributed during the upcoming Janta Mela which will be held from 17 Dec, 2018.

Shri Chamling said that Sikkim is the only State where the basic minimum needs of the people have been fulfilled by the Government and Sikkim today bears testimony to the peaceful co-existence along with rapid developments in all fields.

Shri Satpalji Maharaj voiced his happiness in being a part of this grand day. He stated that when you sow the work of such immense importance, the result will be benefited by many generations to come. He congratulated the CM for winning the prestigious Future Policy Gold Award in Rome, Italy recently and praised Sikkim for the various far fetched ideas which have earned Sikkim the privilege of being one of the most developed States in the whole of the nation.

He said that the Mandir in future will encourage knowledge and it will benefit the whole of the area instilling good faith and spirituality.

Earlier the welcome address was presented by SIMFED Chairman, Shri G.C. Rai, while the vote of thanks was proposed by Shri Purna Yonzon. 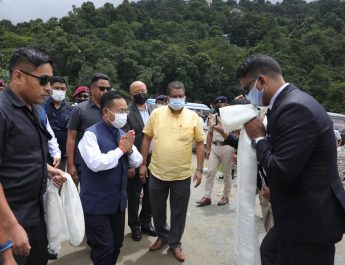 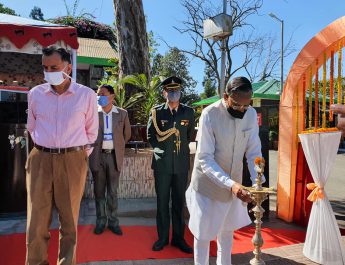