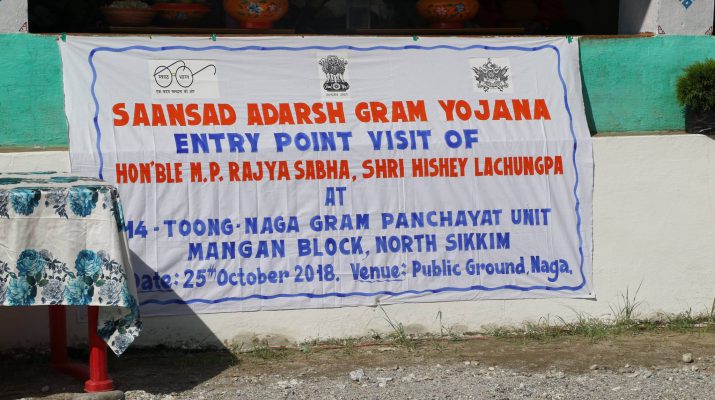 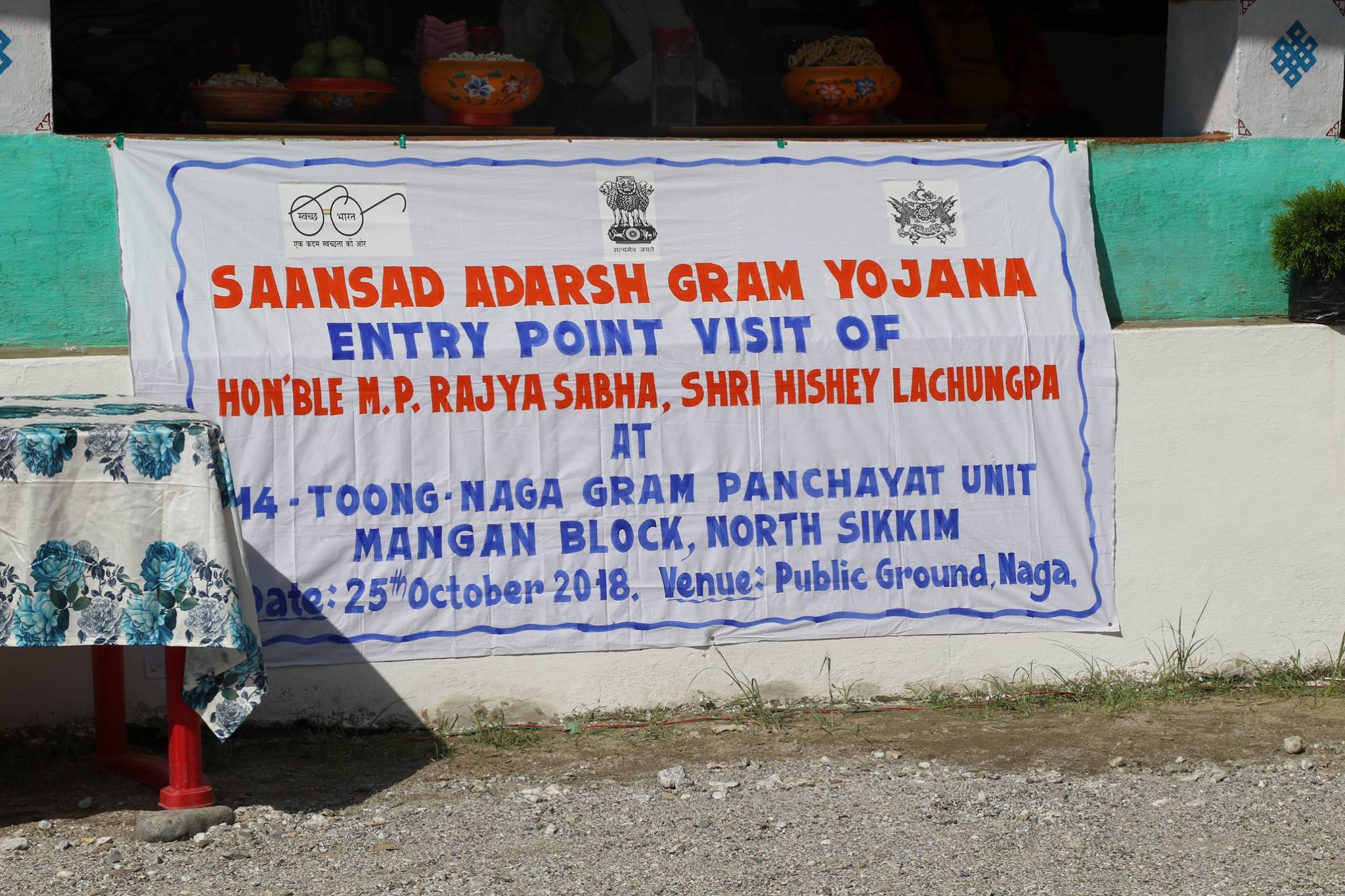 The SAGY Scheme is a unique and a trans-formative scheme as it takes a holistic approach towards development. Each MP selects villages under their constituency and handholds them to develop into model villages. It envisages an integrated development of the selected village across multiple areas such as agriculture, health, education, sanitation, environment, livelihoods, etc. Far beyond mere infrastructure development, SAGY aims at instilling certain values, such as people’s participation, Antyodaya, gender equality, dignity of women, social justice, spirit of community service, cleanliness, eco-friendliness, maintaining ecological balance, peace and harmony, mutual cooperation, self-reliance, local self-government, transparency and accountability in public life in the villages and their people so that they get transformed into models for others. It may be mentioned here that Tingvong village adopted under SAGY has won two National awards. 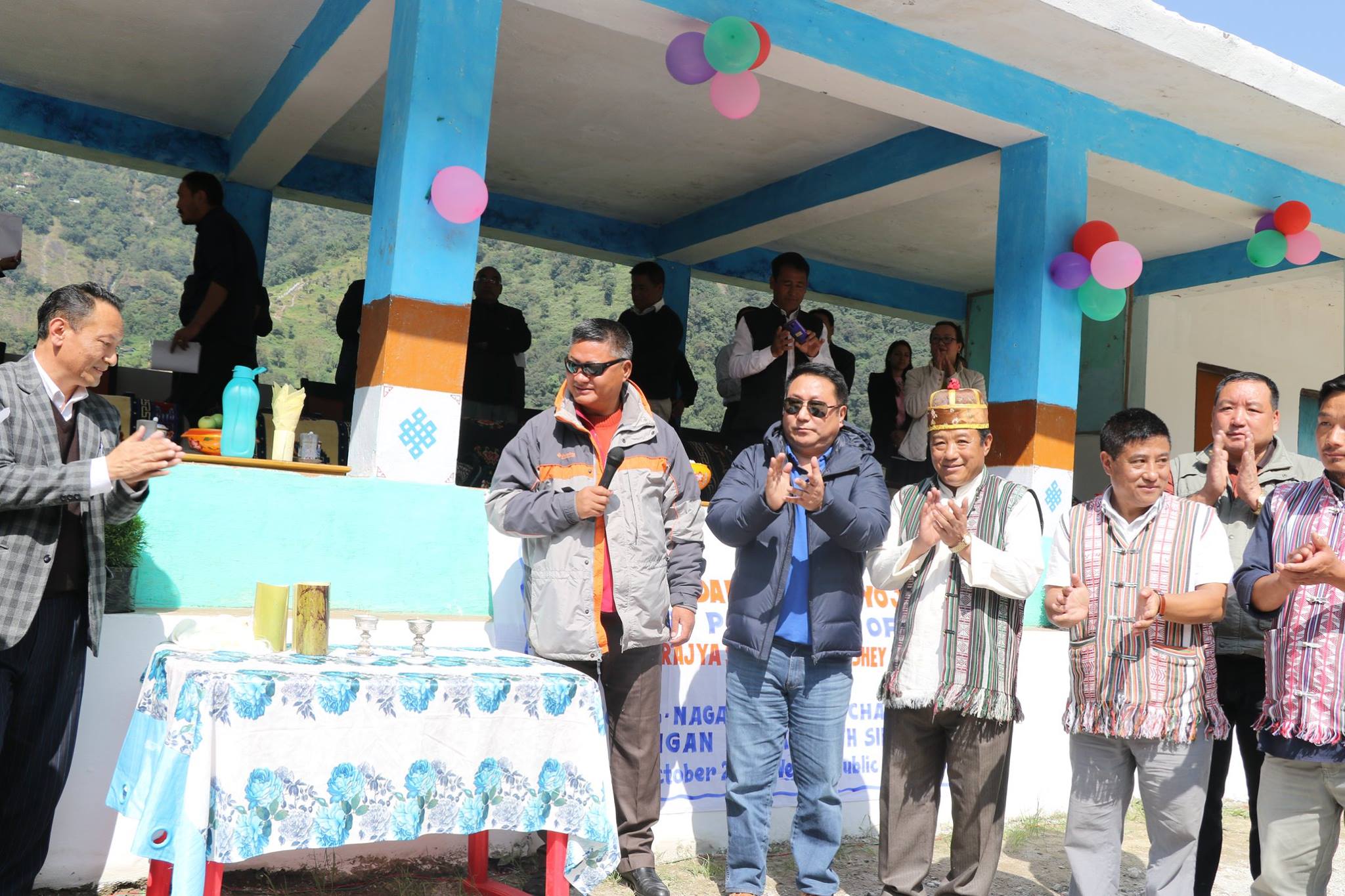 Rajya Sabha MP, Shri Lachungpa, said that all the Central and State schemes will be given priority in the villages once it is tagged with SAGY. He appealed the people of the village to focus on organic vegetable production and that provisions would be made for construction of marketing sheds. He also announced that the three best progressive farmers in the village will get cash prize worth Rs. 50,000, Rs.30,000.and Rs 20,000 on the basis of their farm productivity. He also informed that special focus will be on Agriculture, Horticulture and Animal Husbandry sector to make the people self reliant and income generation.

He also suggested that the Bongthing house be developed into a culture center where youth can be engaged for showcasing the rich cultural heritage to the tourists thereby generating valuable income in the village. He said that due focus on sports development and cultural preservation would have to be made. He urged the people to come up with the village development plans before the next meeting with Secretaries of various departments during which the detailed development plan would be discussed.

Panchayats of Toong Naga GPU and former Up-Adhakshya North, Shri Nim Tshering Lepcha, expressed their happiness and gratitude on behalf of the public to the Hon’ble MP for adopting their village and stated that they will spare no effort in implementing the various scheme in the village. They are stated that all the GPUs members will wholeheartedly participate to make the scheme a success. 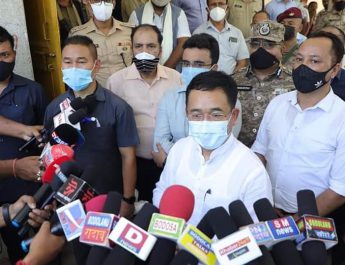 HCM was given a rousing reception by DC Kokrajhar District

Allotment of state quota seat for the year 2020