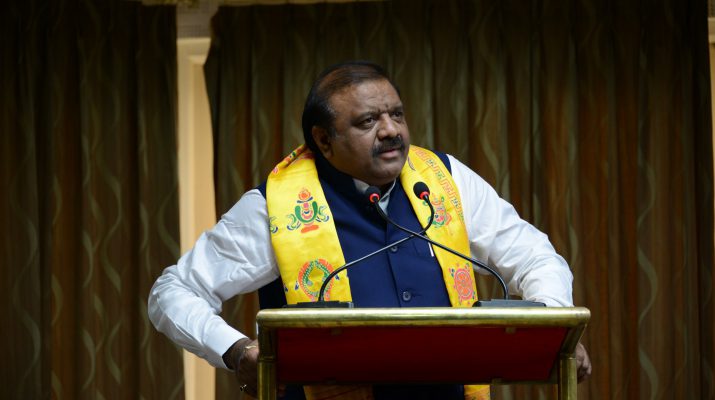 Gangtok, 25 Oct (IPR): Union Minister of State for Tribal Affairs, Government of India, Shri Jaswantsinh Bhabhor, chaired a review meeting with the officials of the State Social Justice Department and Principals of EMRS Schools at New Raj Bhawan today. The Union Minister is on a two-daylong visit to the State to review the activities being carried out by the State. He is also slated to visit EMRS School at Parakha in East Sikkim.

Special Secretary, Department of Social Justice, Welfare & Empowerment, Government of Sikkim, Smt Dhanjyoti Mukhia, in her welcome address briefed about the activities being carried out in the State for the development and upliftment of the Tribal community. She outlined the emphasis laid by the State Government on inclusive development to ensure equal social justice and economic empowerment of all.

A brief presentation was made on the schemes implemented by the State Government under the aegis of the Ministry of Tribal Affairs, Government of India. A presentation was also made by the Engineering Cell of the department highlighting the infrastructural developments for implementation of schemes and programmes under tribal affairs.

Union Minister of State, Shri Bhabhor, in his address lauded the efforts being put by the State towards the development of the tribal community in the State. He expressed his profound thanks to the Chief Minister of Sikkim on behalf of the Government of India for uplifting and empowering the tribal community in the State and the welfare measures being implemented under his leadership.

“I feel proud to mention here that Sikkim has really implemented the EMRS schools scheme well and are empowering the tribal children with education. I have heard a lot about Sikkim but today after coming here for the first time in the lap of Mount Khangchendzonga, I feel fortunate. I am highly impressed with the work being done by the State Government,” concluded the Union Minister.

The meeting had the presence of District Collector, East, Shri Kapil Meena, senior officers of the Social Justice Department, officers from the Ministry, Principals of EMRS schools in the State and members of NGOs. 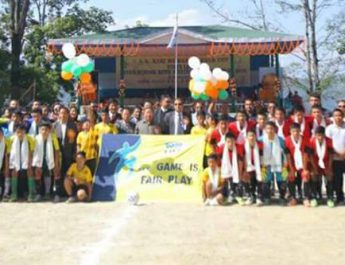 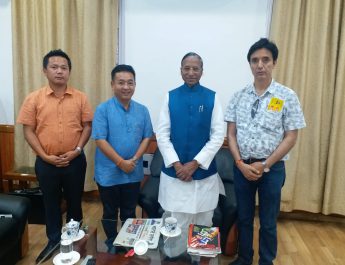