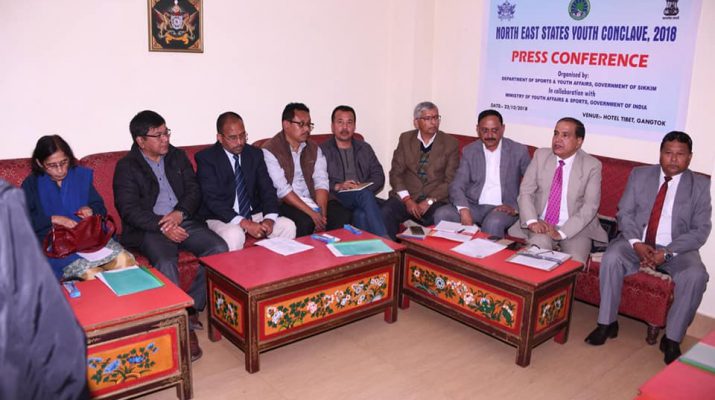 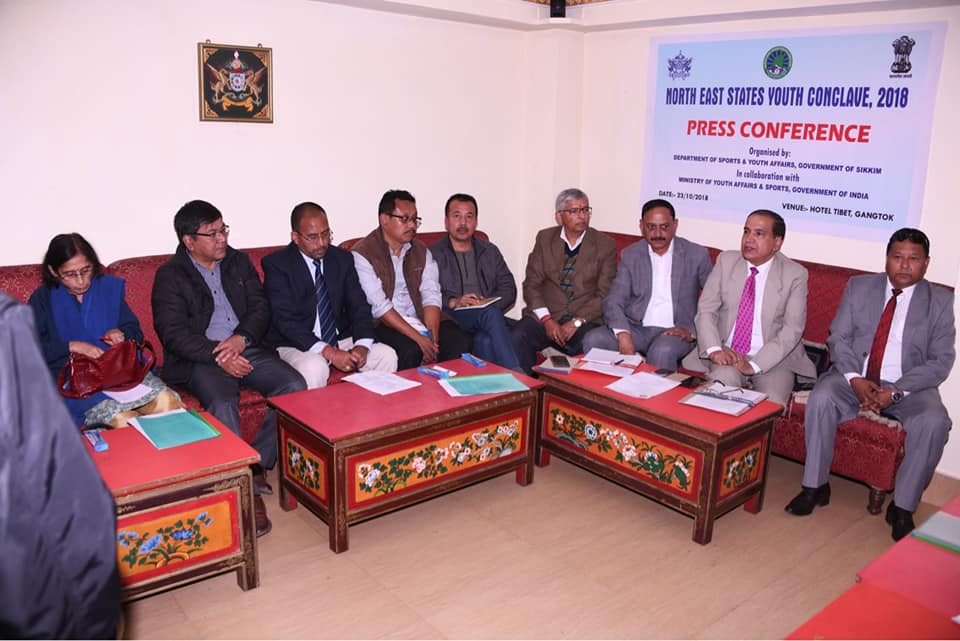 Gangtok, 23 Oct (IPR): A press conference was held at Hotel Tibet in Gangtok with regard to hosting a Youth Conclave, an amalgamation for youth of North East States 2018.

Mr Dhakal briefed that the purpose of hosting Youth Conclave and Amalgamation for Youth of North East States is to provide opportunities to the people of both North Eastern as well as other parts of the country to see different place of cultural interest, language, life style, culinary and sartorial habits, historical and cultural monuments and also leisure time activities.

He said that the three-daylong event from 28-30 Oct will provide an opportunity to the youth in the North Eastern Region to participate, interact and to showcase their cultural heritage. A total of 500 youth from all North East States will be participating.

He added that there will be a competitive event on folk dance, folk song, quiz, painting, friendships bond, motivational talks and non competitive cultural events

The press conference was organised by Department of Sports & Youth Affairs. 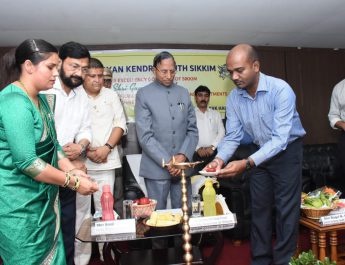 Order from the office of DC South