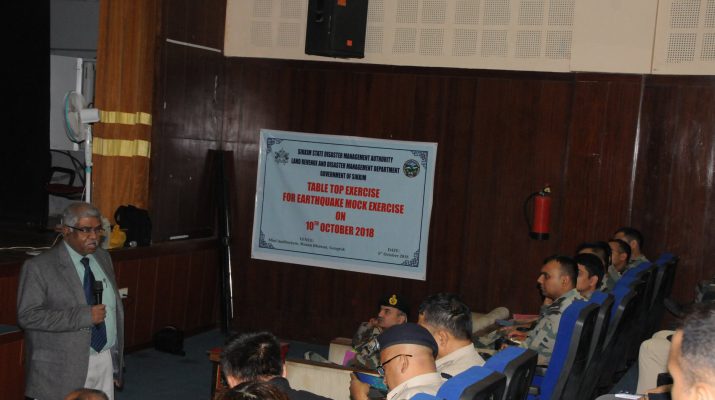 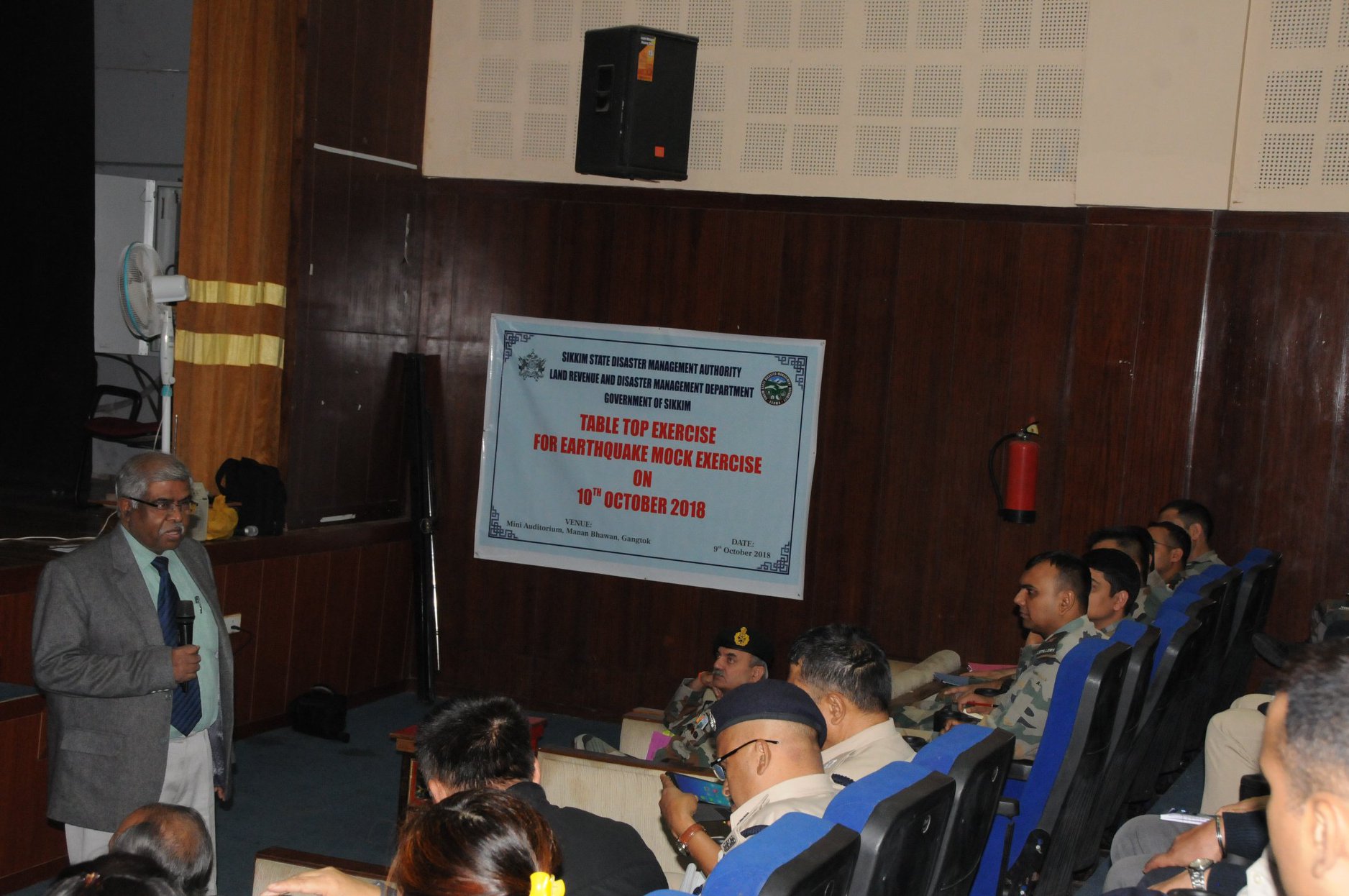 A massive mock exercise will take place on 10 Oct following an earthquake scenario. Strong tremors felt across the State of Sikkim triggers situations of landslide, fire, toppling of building and stampede at various locations in the State capital. The State Disaster Management Authority under LR&DM Department will play out the mock exercise in conjunction with the NDRF, NDMA, the Army, Air Force and all the stakeholders. This exercise will be held simultaneously in all the districts of Sikkim as well as in some districts of West Bengal. The mock drill will begin at 11:15 am, it was informed.

The areas identified for the mock drill exercise in the capital are Sichey area, Vajra Cinema Hall area, MG Marg, Khadi Office Deorali, Nar Bahadur Bhandari Degree College Tadong, STNM Hospital and CRH Manipal. In the East District, the mock drill exercise will be held in Rangpo Mining Ground and Rangpo Bazaar while in other districts the drill will take place at various locations in the District Headquarters.

The staging area for the State level exercise will be Paljor Stadium and the Control Room or the Emergency Operation Centre will be at Manan Kendra. Central observers from the Army will be deployed who will prepare and submit their reports to the Chief Observer for feedback during the final de-briefing session at the State level. It will evaluate the preparedness of the State for earthquake disaster event and the lessons learnt from the mock exercise and the gaps identified will help in strengthening the disaster response mechanisms in the State. 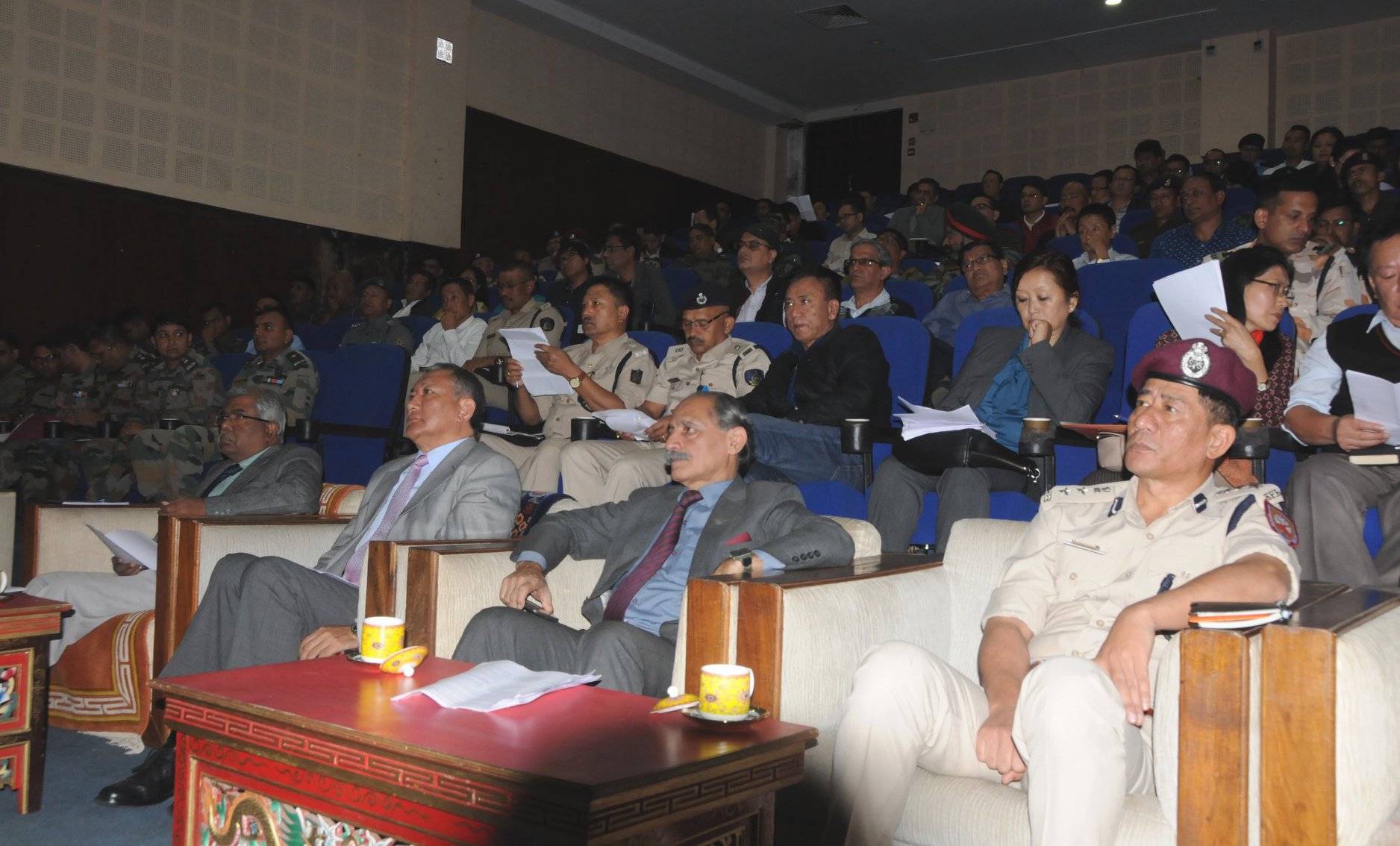 A detailed presentation on the Mock Drill Exercise was made by Gen. V.K. Datta, Senior Consultant (ME&IRS), NDMA. He touched upon all aspects of the mock exercise and the role of each of the stakeholder and the composite task forces comprising of army, police, fire, and medical team for response, rescue, evacuation and relief. He also explained the structure and hierarchy of the Incident Response System (IRS) for the mock exercise both at the State and District level.

Chief Secretary, Shri Shrivastava, in his address urged the nodal officers of all departments and all stakeholders to participate sincerely in the mock drill exercise. He stressed that the exercise of this magnitude will help the State assess its preparedness and also find ways for improvement. He emphasized that adequate public awareness is generated and any panic-like situated is avoided during the mock exercise.

After the Table Top Exercise, State Relief Commissioner, Shri Tsegyal Tashi, took a de-briefing session of all the districts through video conferencing and assessed their preparedness for the mock exercise. 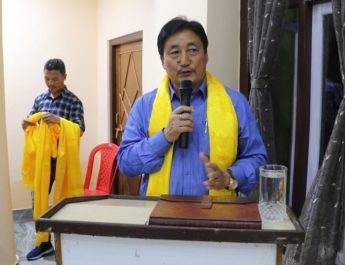 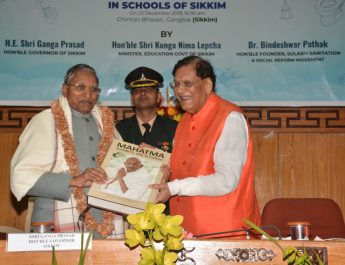 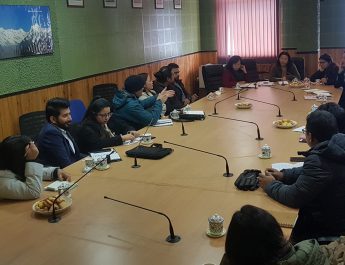