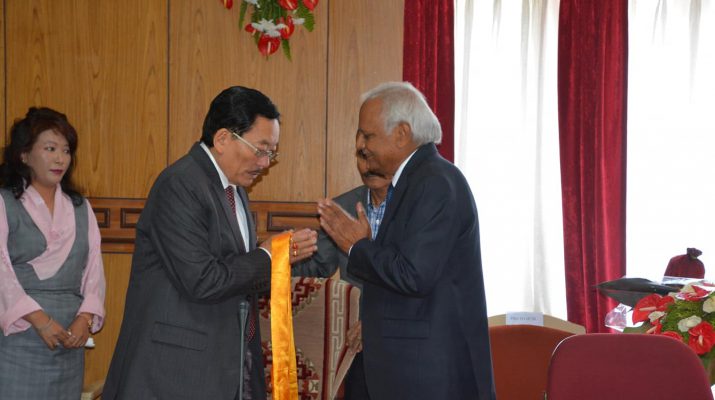 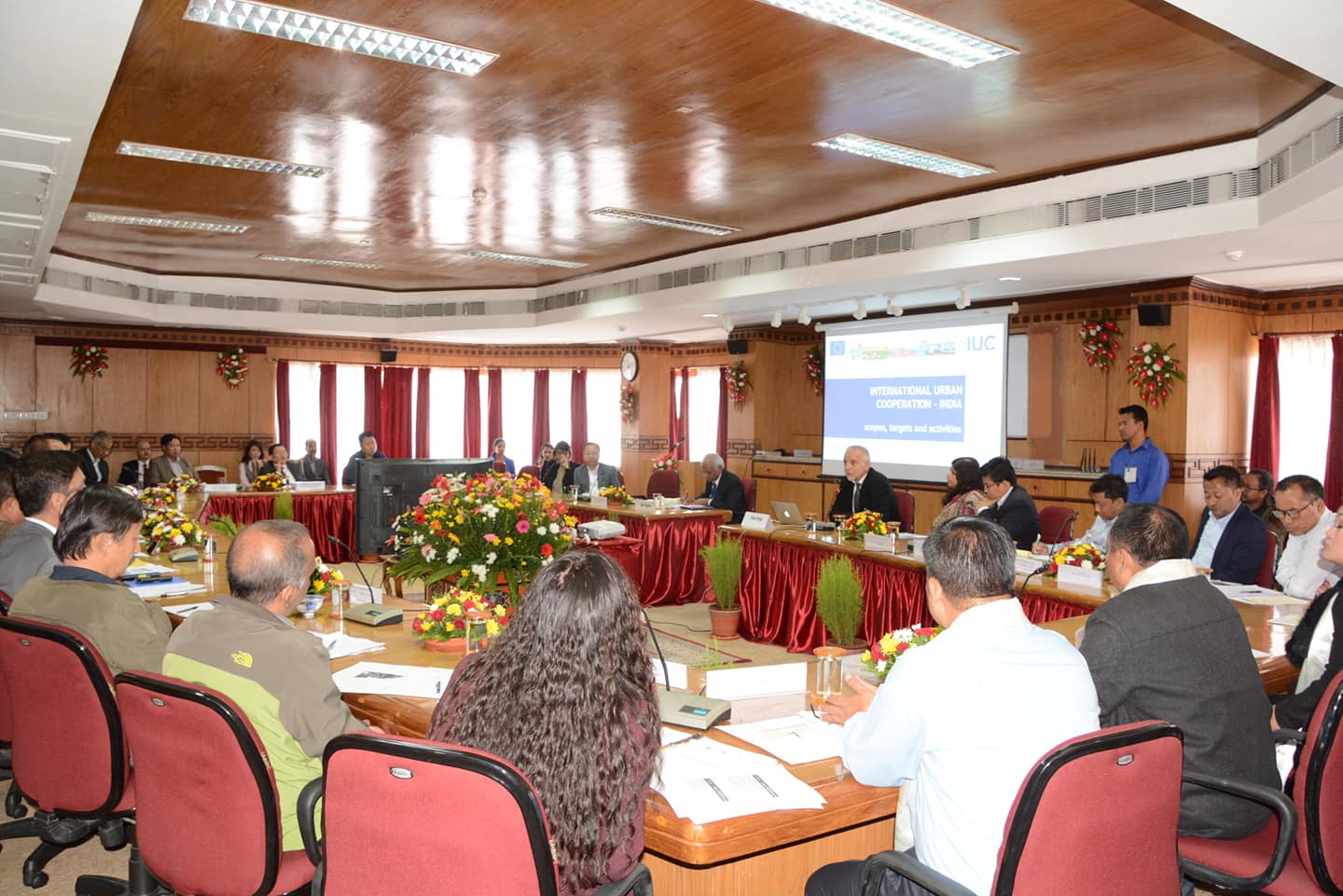 Organized by Energy and Resources Institute (TERI), New Delhi, the dialogue was held primarily to bring together policy makers, academicians and experts under one roof to discuss and deliberate upon the various challenges faced by broadening urban development and its hazards on the environment.

Shri Chamling, in his inaugural address, welcomed the participants to Sikkim- the Cleanest Hill Station and the most peaceful and greenest State in the country. He expressed pleasure on being present amongst an eminent gathering comprising of scientists, experts, technocrats, architects and officials from different States of India and added that this initiative of a regional policy dialogue on “Making Liveable Cities” will greatly facilitate in finding solutions for making livable, sustainable cities in the north eastern and eastern region.

He stated that this dialogue is significant in regards to the recently concluded conference on “Cities and Climate Change Science”, of the “Intergovernmental Panel on Climate Change-IPCC” held in Canada early this year. The CM said that with globalization the growth in communication and improved accessibility to different livelihood brings with it enhanced challenges of villages transforming to towns and towns developing into cities which is in many ways straining the carrying capacity of urban townships and cities. This rapid development, he added, calls for the need for framing effective policies and programs to make growth sustainable in urban centres.

Shri Chamling highlighted the need for a clear understanding on the rapidly altering urban scenario and its effect on the eco-system and further stressed that rising consumerism, reckless use of natural resources and dependency on chemically grown foods invites man-made hazards to both humans and most importantly, the natural environment. Hence, climate change and its issues must be addressed with utmost urgency. 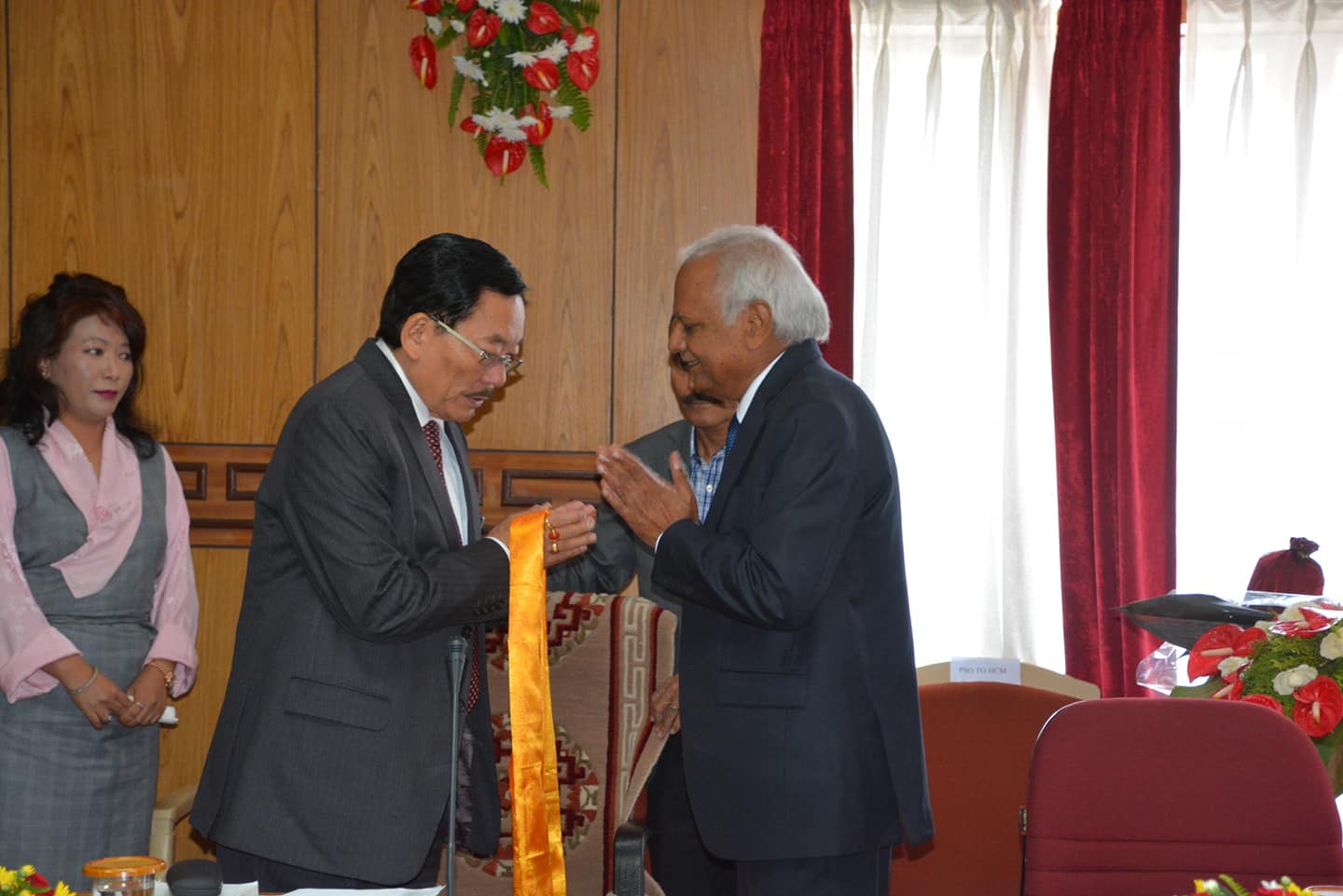 The CM spoke about how the mountains are increasingly being embedded with townships and cities with development which poses several questions on the fragility of the mountains and that there is a grave necessity to balance development and an increasing population along with the protection of the eco-system in a sustainable manner. He also remarked that urbanization’s impact on biodiversity is an issue of major concern and city planners and scientists must maintain long-term data on urban development and their impact on climate change.

He briefly outlined policies and programmes implemented by the Government of Sikkim since early 1995 which have greatly facilitated in preventing or mitigating potential risks that come with rapid development. He underlined on the various stresses brought on by the skyrocketing tourism sector of the State and stated that the Sikkim State Tourism Policy 2018 has been created towards ensuring sustainable and long term urban tourism. The CM also highlighted on the achievements of the State like the distinction of being India’s first 100% Organic Farming State, the Cleanest State of India and being home to India’s 100th airport and the only greenfield airport at Pakyong.

In conclusion, he stated that human development is at the core of any mindful development process and without human development, environmental development and protection is incomplete. He reaffirmed his belief that global policy changes supplemented by regional efforts following principles of sustainable development will substantially address the common goal of minimizing global biodiversity loss and reducing carbon emission and expressed positivity that the dialogue would bring out concrete and practical recommendations for environmentally sustainable cities duly addressing the challenges of climate change. The CM signed off his address with wishes for a fruitful deliberation for all and a pleasant and comfortable stay for the visiting delegates.

Earlier, Shri S. Prakash, distinguished Fellow (Sustainable Habitat Programme/TERI), delivered the welcome address wherein he welcomed the CM of Sikkim to the inauguration and also informed that this dialogue is second in the series with the first one being held at Vijaywada, Andhra Pradesh.

The later half of the session saw technical dialogues and presentations on topics like Status of Urban Missions, capacities and Partnerships in eastern & North eastern Region, round-table discussions, Thematic Breakaway Sessions amongst others. 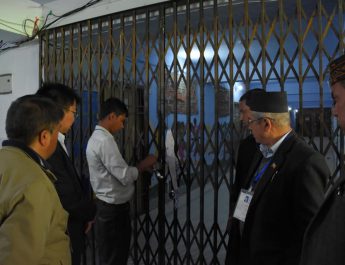 Commissioning of EVMs and VVPATs conducted at Kyongsa Girls SSS 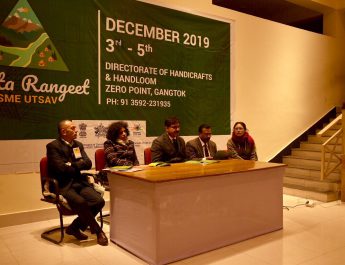 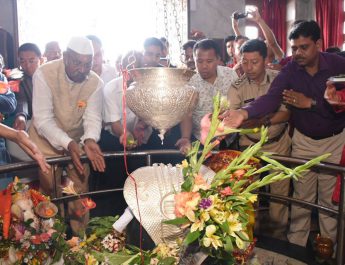