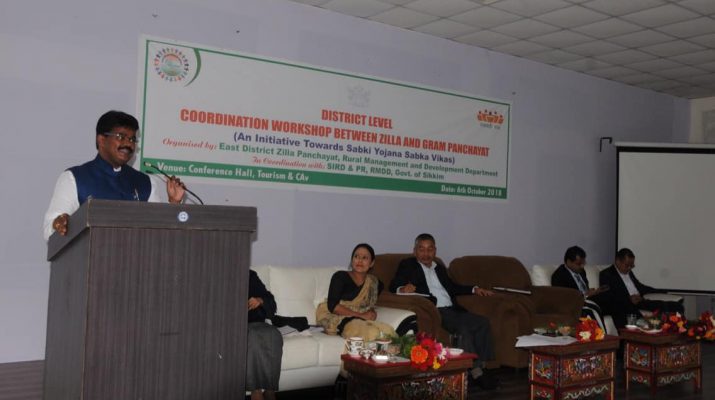 The programme was organised to create awareness amongst the Zilla and Gram Panchayat about the collective role to be played by both the Panchayat Units for smooth implementation of the programmes and policies of the government meant for the people of the State.

The daylong programme included technical session wherein various resource persons on different fields highlighted on coordination between Gram and Zilla Panchayat in context of Sikkim Panchayat Act 1993, Mission Anthyodhyaya, Sabki Yojana Sabka Vikas: a cohesive approach of Zilla, Gram and line departments, E-Panchayat along with findings of such type of various workshops held earlier targeting the cooperation of Gram and Zilla Panchayat for strengthening the Panchayati Raj System in the state and for the holistic development of the state. The technical session also included interactive session wherein the Panchayats dealt on the various problems faced at the implementation level of the schemes which were discussed to take out amicable solutions.

Addressing the gathering, chief guest, Mr. Bokhim said that the protocols were set of rules which were implemented during the government function and programmes from Zilla Panchayat down to the Gram Panchayat level to serve the people of the State. The Zilla Adhakshya emphasized on strengthening Zilla and said that Panchayats must play role on planning different programmes, implementation and service delivery to the people.

Mr. Bokhim applauded RMDD and said that the State has received so many awards from Union Government because of the hard work and dedication towards society and State at large. These have all been possible because of proper implementation of government policies at the grassroot legal by Zilla and Gram panchayat. Thus, we should work more enthusiastically for the betterment of the State, he added.

Motivating the Panchayats, RMDD Secretary, Mr. Rao, said, “Our panchayats have been doing a tremendous job by bringing so many laurels for the state and they have made it more significant by recently winning the ‘Swachh Bharat Puraskar 2018’ Awards where Sikkim was adjudged the ‘Cleanest State’ in the North-East. I hope that the Panchayats will maintain the same pace of work and make Sikkim proud by bringing appreciation and acknowledgment throughout the country.”

He also informed the gathering about the recent cabinet approvals for RMDD like clubhouse, community hall, crematorium. etc. 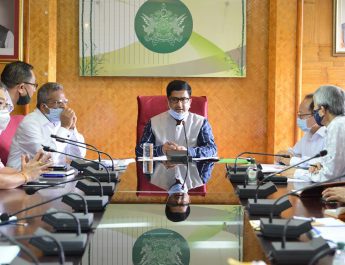 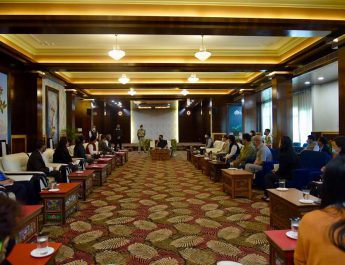 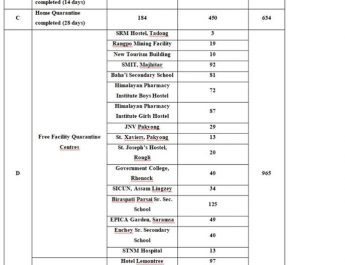