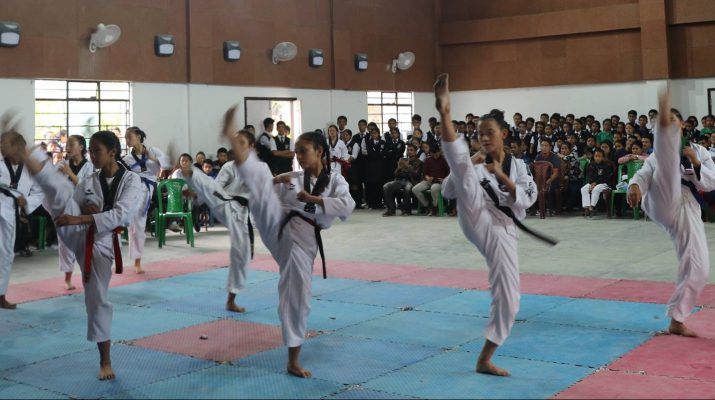 Mangan, 05 Oct (IPR): State level Inter School Taekwondo Championship was organized by North District Administration in collaboration with Sports & Youth Affairs Department under the banner of Beti Bacho Beti Padhao. A total of 150 students from 16 schools of the State participated in the event. Students from SAI Hostel, Namchi also took part in the State level event at Mangan. It is for the first time that such a platform for taekwondo sports is been organized in the district. 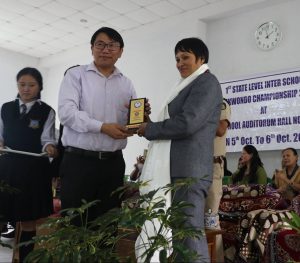 Deputy Superintendent of Police, Sabitri Pradhan, who is also an international taekwondo champion from Sikkim, attended the event as special guest. Ms Pradhan is a six Dan and the senior most taekwondo player in the State. She also recently won the gold medal at Jabalpur and has won bronze medal at Asian championship at Vietnam and Russia.

Speaking on the occasion, she motivated students to take up the game as a career option. She also encouraged the girls to take up the sports for self defense. She also thanked the District Collector North for providing the platform for the students.

The DC, North, Karma R Bonpo, attended the occasion as chief guest along with Senior SP, North, K.D. Shanderpa, as guest of honor. Joint Director, HRDD, HoDs of various departments, Principal, teachers and students of Mangan SSS also witnessed the event. The DC North also presented a taekwondo mat to the North District taekwondo association costing about Rs 1.4 lakhs and encouraged the association to further develop the sports in the district. Motivating the students, he said that sports have now become a great career options and encouraged the youths to work hard in honing their talents.

The two-daylong event which will be held on 05-06 Oct has caused tremendous enthusiasm in the district. The North District Taekwondo Association also conducts regular coaching classes for the students in the evening. 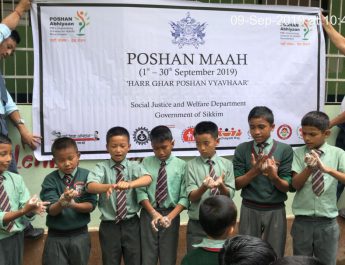 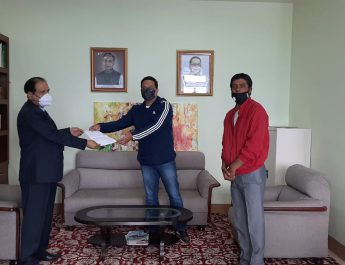 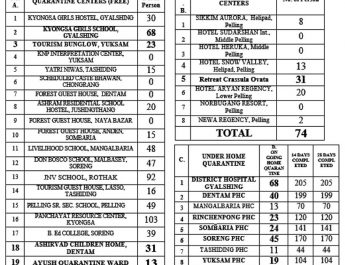