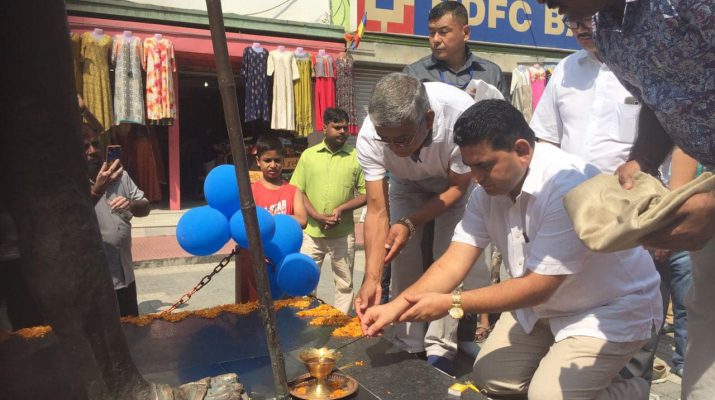 Gyalshing, 02 Oct (IPR): Along with the rest of the nation, Government Secondary School, Zoom (S) celebrated 149th Gandhi Jayanti with much enthusiasm and patriotic honour at the school premises today.

The Area MLA drew light on the message and teachings of Mahatma Ghandhi who led the freedom struggle of Indian Union. He stressed upon power of peace, nonviolence and truthfulness reflected by the father of the nation as extraordinary strength to achieve independence. Historic movements of Dandi March, Civil Disobedience Movement, Quit India Movement, Non Cooperation Movement that overtook the British rule from India and left invaluable message of humanity and non violence across the globe even after his death was also highlighted on this auspicious day. He recalled the unique significance of Zoom hamlet and its contributions towards education and social development of the society.

Mr. Ghatani, in his address, emphasised on implementation of Gandhian philosophy in Sikkim because of the incredible vision of Hon’ble Chief Minister Shri Pawan Chamling and said that the unfathomed achievement of Organic Sikkim, Green Sikkim-Clean Sikkim has been admired, globally. He urged people to maintain cleanliness and sanitation for a healthy and balanced life as envisioned by the Mahatma Gandhi.
He also highlighted about the developmental activities undertaken by the State Government in educational field and mentioned initiatives of Chief Minister’s Meritorious Scholarship Scheme, Dr. BR Ambedkar Student Scholarship, free education up to higher studies, establishment of colleges and universities, as the notable developments that have been completely dedicated to the students for their future.

The Minister also informed about some of the decisions taken up by the State Government in a recent Cabinet meeting for the entire State of Sikkim. Further, he elaborated developmental works like road connectivity, tourist amenities centres sanctioned by the State Government for Zoom GPU and within Salghari Zoom constituency. He also assured to award construction works to the concerned youth of the locality.

Earlier, headmaster of Zoom SS, Mr. B.S. Chettri, proposed welcome address and briefly highlighted a report based on performance of the school.

In the morning, Mr. Ghatani paid tribute to Mahatma Gandhi on his 149th birth anniversary by garlanding the statue at Gandhi Marg in Jorethang. He was accompanied by the Chairman of Nayabazar Jorethang Municipal Council, Mr. Tika Gurung, counsellors, SDM Jorethang, Mr Tshering Bhutia, MO, Jorethang CHC, Dr. SN Adhikari, and others. 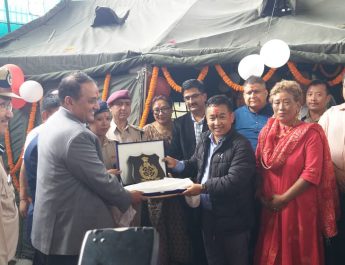 HCM attends Vishwakarma Puja celebrations in and around the capital 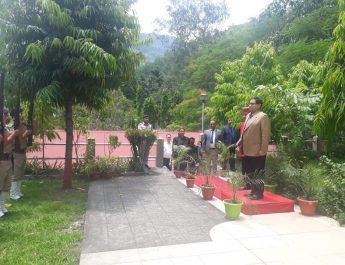 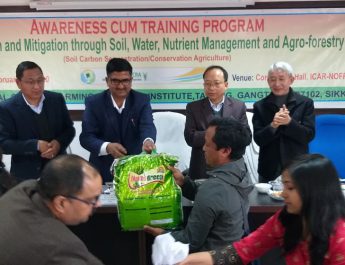