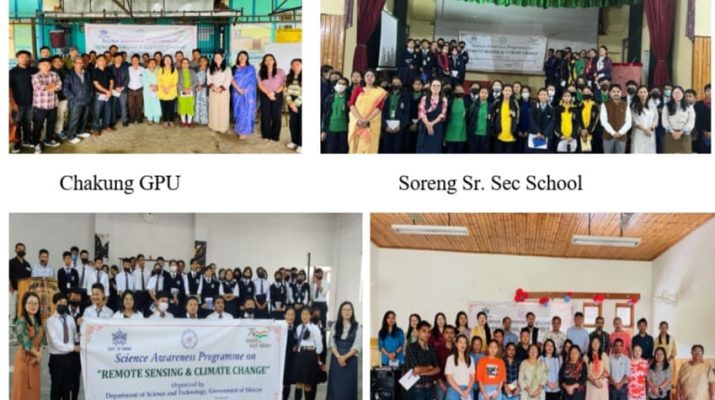 News
September 22, 2022
Posted By: Jeetan Sherpa 5 Views 0 Comment
Science Awareness Programme on Remote Sensing and Climate Change at GPUs and Govt. Sr. Sec. Schools across Sikkim conducted by Remote Sensing and Climate Change Division (RS&CC), Department of Science and Technology (DST)
The State Remote Sensing & Climate Change Cell (RS&CC) under the Department of Science and Technology (DST), Govt. of Sikkim conducted Science Awareness Programmes in six (6) different Government Senior Secondary Schools and five (5) different GPUs across the state of Sikkim. A team of four officials from (RS&CC) division under DST namely Ms. Prerna Pradhan, RA, Ms. Pema Zangmu Lepcha, Assistant Scientific Officer, Ms. Pema Yoden Bhutia, Project Associate-I and Ms. Kalzen Dolma Tamang, Scientist-B were resource persons for the programme.
The main aim behind this programme was to sensitize general public and students about the climate change and its impacts in various sectors viz., water security, agriculture, forest and human health. The participants were apprised regarding the initiatives/programmes/schemes formulated in international, national and state level to fight against climate change. Apart from Climate Change the basic of Remote sensing (RS) and Geographic Information System (GIS) were also introduced to the masses. During the programme various applications of RS and GIS along with the initiatives taken by the DST were highlighted. Most importantly how RS and GIS has been incorporated in the studies related to climate change were explained briefly.
The first phase of the awareness programme was started from 31st Aug. 2022 to 20th Sept. 2022. Among the five different GPUs the first programme was initiated at Samdong followed by Mikkhola Singithang (Namchi), Regu, Chakyung and Chungthang. Through this programme 400 participants from all the GPUs were sensitized wherein the Chairman, BDO, Panchayat President, Ward Panchayat members and general public of the respective GPU graced with their presence.
The awareness programme among schools was first started at Melli bazaar Sr. Sec. School followed by Yuksom Sr. Sec. School, Soreng Sr. Sec. School, Mangan Sr. Sec. School, Sonamati Memorial Sr. Sec. School (Khamdong) and lastly at Chujachen Sr. Sec. School. The total of 2,321 participants from standards IX till XII (Science and Humanities) along with the respective teachers and school principals attended the programme.
At the end of each sessions the students and the member of GPUs were asked for their feedbacks, we gathered positive responses. The team have been able to generate scientific temper among students and sensitize GPU level community towards conservation of environment through this climate change awareness programme.
We acknowledge the support provided by the Government of Sikkim and to cover left out areas, such programme shall be undertaken subsequently, in next phase 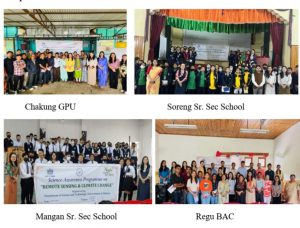 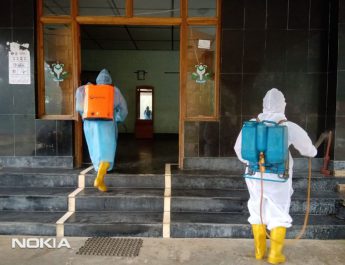 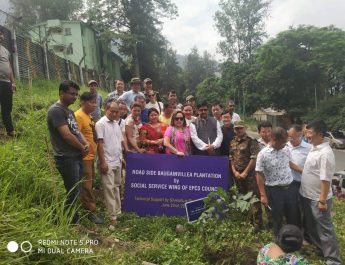