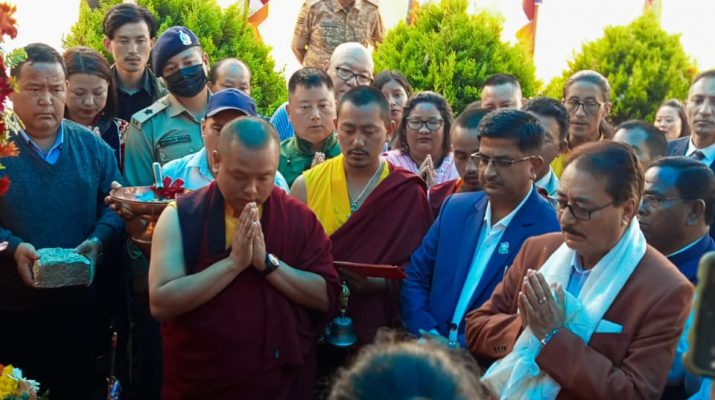 News
September 21, 2022
Posted By: Jeetan Sherpa 13 Views 0 Comment
Gyalshing, Sept 21 (IPR): On the occasion of International Day of Peace 2022, the foundation stone of ‘Rabindranath Park and Cultural Centre’ was laid today at Meghi Dara, Rinchenpong, under Gyalshing District.
The foundation stone of the project was jointly laid by His Eminence Tulku Sangay Yonten Gyatsho Rinpoche and Minister for Tourism and Civil Aviation, Government of Sikkim, Shri B.S. Panth, in the presence of Minister for Agriculture, Horticulture, Animal Husbandry and Labour, Shri Lok Nath Sharma.
Exactly a year ago, on 21st September 2021, the Chief Minister of Sikkim, Shri Prem Singh Tamang had visited the Rinchen Choling Monastery. He had met His Eminence Tulku Rinpoche and discussed about the development of a study centre and cultural park to enhance the significance of Meghi Dara as an international pilgrimage and cultural tourism destination.
Today, after one year, the foundation stone of the ‘Rabindranath Park and Cultural Centre’ was laid by the esteemed dignitaries. 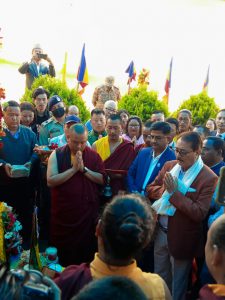 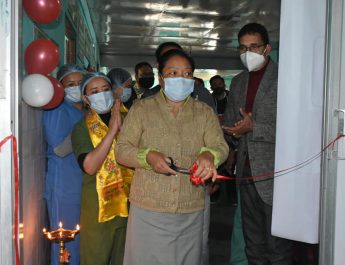