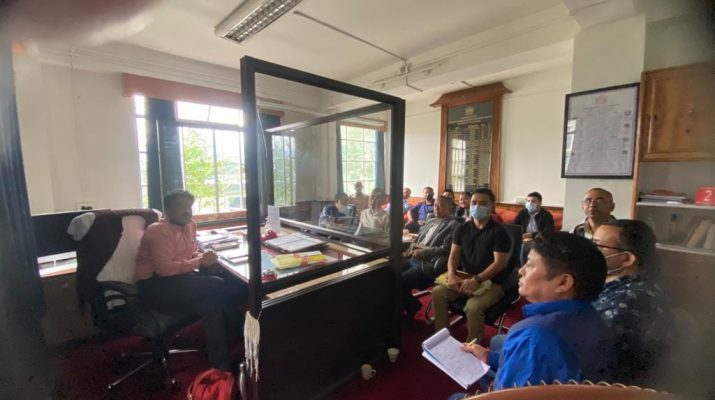 News
August 3, 2022August 4, 2022
Posted By: Jeetan Sherpa 12 Views 0 Comment
The Government of Sikkim is giving significant importance to the Fisheries Sectors in the state. In order to review the progress and to provide required direction and decisions on the implementation of various Fisheries Schemes in the state a coordination meeting was held on 2 August 2022 at AHVS HQ, Krishi Bhawan, Gangtok under the chairmanship of Dr. P Senthil Kumar Secretary, Animal Husbandry and Veterinary Services Department. The meeting was attended by Shri N. Jaswant Director, Directorate of Fisheries,Addl Director, Asst Directors, District officials, Admin and Accounts officers and other field staff of the Directorate of Fisheries attended the meeting.
In the meeting, Director-Fisheries made a presentation on the fisheries sector status and the progress of each of the schemes under the Fisheries sector. He gave a detailed power point presentation on the presentactivities of the Directorate along with the progress in the implementation plan of various Centrally Sponsored Schemes like the Blue Revolution and Pradhan Mantri Matsya Sampada Yojana (PMMSY) and state sector scheme Mukhya Mantri Matsya Utpadan Yojana (MMMUY), program under RKVY. He also reflected on the two important mandates and their challenges like conservation and production. He also made the house aware of the potentials of the fisheries sector in the state.
Dr. P Senthil Kumar, Secretary, Animal Husbandry and Veterinary Services Department motivated the team of fisheries officials and staff for effective implementation of the fisheries sector schemes and win the confidence and earn the respect of the fisheries farmers in the state. He also stressed that there is a need for systematic working in the department and have proper documents for each aspect of implementation. He also mentioned all the newly promoted Asst Directors shall assume their proposed position in the District and implement various programs and deliver results.
He also directed them to prepare formats to collect the work progress report for the release of the 1st,2nd,& 3rd instalments of subsidies to the beneficiaries. The reports have to be authenticated by all the concerned officers before putting them up for the release of the subsidies. The Secretary assured support meeting the Human resource requirement for the fisheries sectors with the support from the government. He also emphasized the importance of fish seed production from govt. farms for the success of fish production outputs in the state. There is a need to increase substantially the table fish production in the state. In his interaction, he also directed to look forward to other sources of funding apart from state funds for making the govt. farms operational.
Further, Secretary directed all the officers to work for early completion of pending schemes/programs like the Blue Revolution and submit the UCs to the GoI so that focus can be made on the preparation and implementation of new fisheries developmental proposals in the state. He also suggested the Director to put up a proposal requiring modifications and shifting for seeking approval from the state government.
The meeting also discussed the implementation of Mukhya Mantri Matsya Utpadan Yojana (MMMUY) in detail. Dr Senthil, Secretary, AHVS stated that the Government of Sikkim launched this innovative scheme relating to Fisheries activity from the year 2021-22 with the objective to encourage fish farmers for local production of fish and to provide economic upliftment and sustainable livelihood to fish farmers. The secretary directed the team to finalise the subsidies and the fund be transferred to the beneficiaries within three months after completing the process of the claim of subsidy by the districts to enable fish farmers and fishermen to get the benefit out of the scheme and achieve enhanced fish production in the state.
The Secretary directed to move aproposal for reconstitution of State Level Approval and Monitoring Committee(SLAMC) and District Level Committee (DLC) of PMMSY for inclusion of concerned ADCs and BDOs so that the information regarding various schemes percolates to the grass root level easily. He further directed the officers to conduct awareness programs in consultation with the District Collectors on regular basis in collaboration with other sectors like Agriculture, Horticulture, Animal Husbandry, etc. so that the information regarding the fisheries schemes reaches to more people. The meeting also resolved to use the Sikkim Fisheries Development Board for achieving the objective of fisheries development in the state. He further advised initiating a proposal for taking the Domestic Fish Market, Lall Bazar and similar markets under the board for its better functioning. The meeting ended with a vote of thanks by the Addl Director, Fisheries 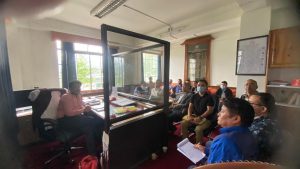 Information regarding Covid-19 testing from the Office of DC West 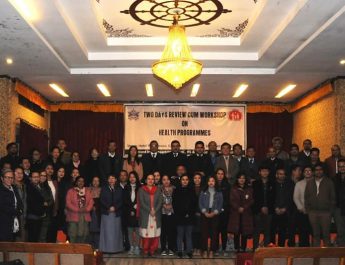 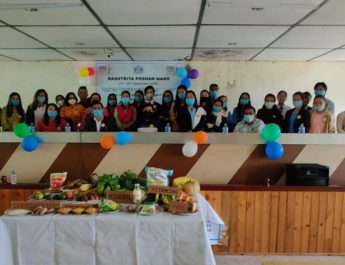