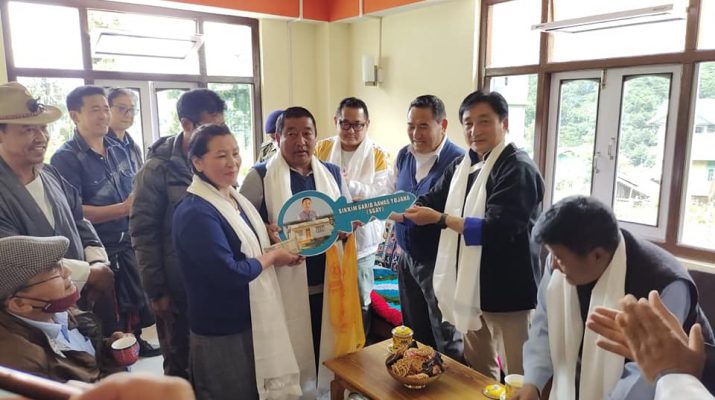 News
August 3, 2022August 3, 2022
Posted By: Jeetan Sherpa 6 Views 0 Comment
Mangan, 2nd August (IPR): The opening ceremony of the football tournament for the 76th Independence Day Celebrations started off today with a football and cultural extravaganza at Lachung Playground under Lachen- Mangan Constituency.
To mark the 75 glorious years of the Nation’s Independence under the banner of Azadi Ka Amrit Mahotsav, the opening ceremony of the tournament was graced by the chief guest, Minister cum Area MLA Shri Samdup Lepcha. Also present were Chairman Shri Nim Tshering Lepcha, APS to HCM Shri Tshering Wangyal Bhutia, ADC Chungthang, Pipon, district officials, dignitaries, students, and the general public at mass.
Upon the arrival at the entrance gate, the chief guest was warmly welcomed by the committee members, dignitaries, and among mammoth gatherings with full of respect and dignity. The day’s programme commenced with the lighting of the ceremonial lamp by the guests and the offering of the customary khadas.
The chief guest, Minister Shri Samdup in his address congratulated the public and committee members for being able to host the 76th Independence Day. He mentioned, that the nation is celebrating under the banner of Azadi Ka Amrit Mahotsav. As a part of Azadi ka Amrit Mahotsav and under the direction of the Hon’ble Chief Minister of Sikkim. He then urged everyone to participate actively to make this national campaign and national festival a great success. Extending his best wishes to the organizing committee for a successful hosting of the celebratory event, he concluded his address.
During his tour to the constituency, the Minister Cum Area MLA Shri Samdup meet with the public and handed over the beneficiary’s house keys after the inaugural ceremony of newly completed SGAY houses at Beechu in Lachung. Thereafter, the minister also inaugurated a newly built office for the Pipons of Lachung Dzumsa.
The public along with pipons has expressed their overwhelming gratitude and appreciation towards the state government and Area MLA Shri Samdup Lepcha, for facilitating SGAY schemes to the needy beneficiaries. A building with four rooms including furniture such like sofa, bed, table, TV and other basic needs. 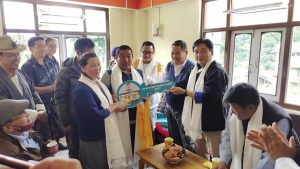 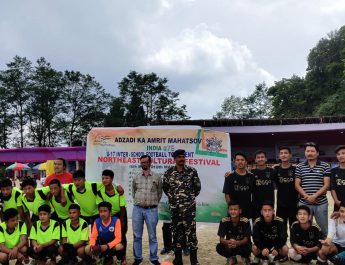 Notification on the containment of the following area under South District 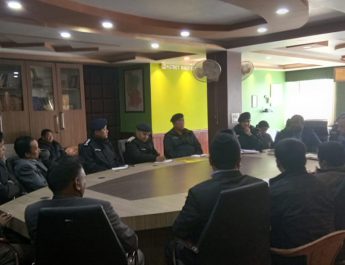