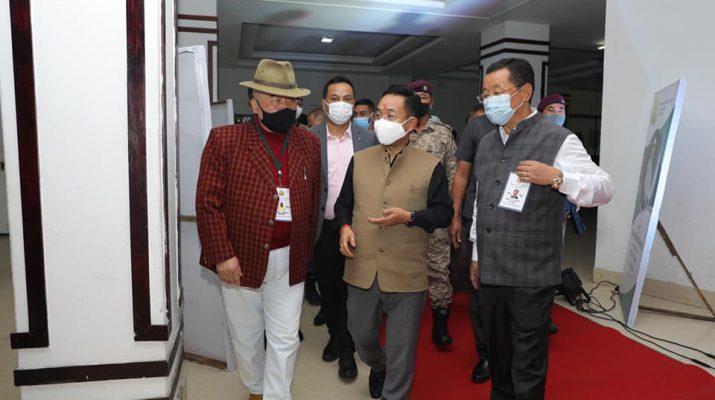 News Top
July 26, 2022July 27, 2022
Posted By: Jeetan Sherpa 5 Views 0 Comment
Gangtok, July 26 (IPR): The 20th Foundation Day Celebration of Former Legislators’ Federation of Sikkim (FLFS) was organized at Manan Kendra today. Chief Minister Shri Prem Singh Tamang graced the event as the chief guest. The programme had the illustrious presence of former MPs and former Legislators of Sikkim.
On the occasion, the first and second-term MPs and MLAs were honoured in acknowledgement of their dedicated service to the State. The Members of Parliament who were felicitated on the occasion were Shri Pahalman Subba, Smt Dil Kumari Bhandari, Shri Nandu Thapa and Shri Solomon Saring.
The Members of the Sikkim Legislative Assembly who served during the first Assembly since 1975 who were felicitated on the occasion were Shri Mohan Gurung, Shri Ram Chandra Poudyal, and Shri Nar Bahadur Khatiwada. Likewise, the MLAs who served in the second Assembly and who were felicitated today were Shri Padam Lal Gurung, Shri Samten Tshering Bhutia, Shri Dadul Bhutia, Shri Dougal Pintso Bhutia, Shri Athup Lepcha, Shri Mohan Prasad Sharma, Shri Khada Nanda Upreti, Shri D.B. Dhatal and Shri Sonam Tshering Bhutia.
As a special gesture, the wives of former MLAs (1st and 2nd Assembly) who have passed away were felicitated and presented a token of gratitude by the Chief Minister.
On the occasion, the Executive Members of Former Legislators’ Federation of Sikkim also felicitated Chief Minister Shri Prem Singh Tamang.
Meanwhile, as a special addition to the programme, Additional PCCF, Forest Department, Shri Pradeep Kumar announced that the State Government has decided to use the provisions of the Sikkim Payment for Eco-system Services Rule 2022, which was recently passed in the State. He announced that following this decision, Teesta Urja Private Limited would be paying the first quarterly instalment amounting to Rs. 130,90,00000/- (One Hundred and Thirty Crore, Ninety Lakhs) to the Government of Sikkim in lieu of the usage of natural resources. The cheque was handed over to the Chief Minister by Teesta Urja Limited.
In his address, Chief Minister Shri Prem Singh Tamang complimented the Former Legislators’ Federation of Sikkim for organizing the 20th foundation day celebration on a grand scale by inviting former MPs and legislators and their family members and honouring them for their immeasurable contribution to Sikkim. He said it was a noble initiative of the Federation to bring the former legislators into one platform and called it an expression of unity and mutual respect. The Chief Minister extended his gratitude and best wishes to all the former MPs and MLAs for their untiring effort in ushering in democracy in the State and for guiding the State on the path of development. The Chief Minister added that the programme was beneficial, especially for the students in the audience, as they could see and get inspired by the founding fathers of democracy in Sikkim.
The Chief Minister announced an annual grant-in-aid of Rupees Ten Lakhs to the Former Legislators’ Federation of Sikkim. He also assured to look into the demand for an enhancement in the pension of the legislators.
The Chief Minister mentioned about the Sikkim Payment for Eco-system Services Rule 2022, which will be extended mainly to the hydropower projects, industries and pharmaceutical companies operating in the State.
The Chief Minister, in his address, also reminded of the significance of 26th July as ‘Kargil Vijay Diwas’ and paid his tribute to all the country’s brave soldiers.
Earlier, the President of Former Legislators’ Federation of Sikkim, Shri D.B. Thatal, in his address, thanked the Chief Minister of Sikkim for his constant support to the Federation. He extended his gratitude to the Government for providing a permanent office and a guest house for the Federation at DPH, Gangtok. Shri Thatal thanked all the former legislators, MPs, and their family members for their presence in the programme.
The Welcome address was delivered by General Secretary, FLFS, Shri Norzang Lepcha.
The programme also saw colourful cultural presentations by local troupes and school students. A poem on the ‘Bahini’ scheme announced by the Government was recited on the occasion by students of Deorali Girls Senior Secondary School.
The programme concluded with the word of thanks from Secretary, FLFS, Shri A.K. Ghatani.
On the sidelines of the programme, the Publicity Secretary and Coordinator, Former Legislators’ Federation of Sikkim, Shri Bikram Pradhan, extended heartfelt gratitude on behalf of the Federation to the Chief Minister for gracing the programme as the chief guest and for announcements made for the welfare of the former legislators. He also thanked all the former legislators, former MPs and their family members for their valuable presence in the programme 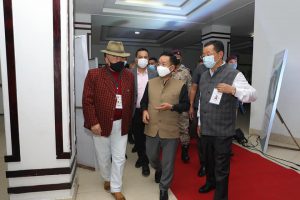 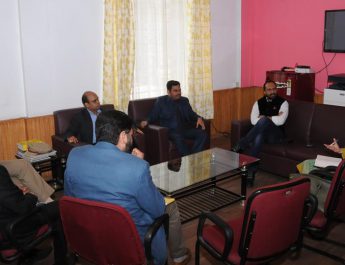 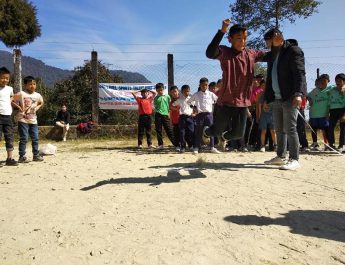 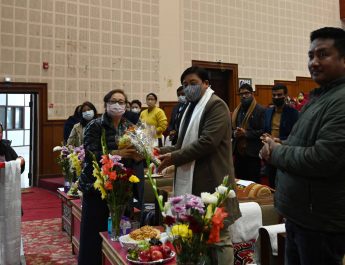