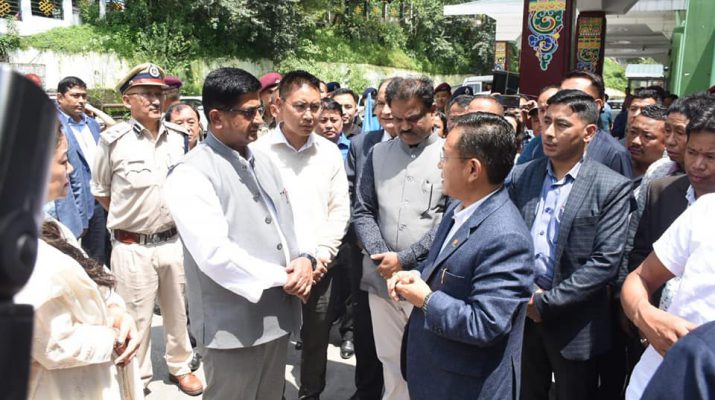 News
May 18, 2022May 19, 2022
Posted By: Jeetan Sherpa 13 Views 0 Comment
Gangtok, May 18 (IPR): The Chief Minister of Sikkim Shri Prem Singh Tamang flagged off the team of progressive fish farmers and fisheries officials on Trout farming (Oncorhynchus mykiss) for an exposure visit to Jammu and Kashmir and Himachal Pradesh from Manan Kendra premises this afternoon.
The flagging off ceremony also had the presence of Respected Madam Smt. Krishna Rai, Minister Animal Husbandry and Veterinary Services Shri Lok Nath Sharma, Chief Secretary Shri SC Gupta, Secretary AH&VS Dr Senthil Kumar, officials, and others.
The exposure trip is funded by the National Fisheries Development Board, Hyderabad.
The group of eight officials and twenty-five fish farmers proceeding to Jammu & Kashmir will be led by Shri. N. Jaswant, Director, while another group of eight officials and twenty-five fish farmers proceeding to Himachal Pradesh will be led by Shri. C.S. Rai, Additional Director.
The team shall be staying in Jammu & Kashmir and Himachal Pradesh, respectively, for five days in which they will be visiting various government and private trout farms and hatcheries. They will also be visiting fish feed mills and integrated fish farms, which are being successfully operated in Himachal Pradesh and Jammu & Kashmir. There will also be one-to-one interaction of Fisheries Officials & Farmers with the officials and progressive fish farmers of Himachal Pradesh & Jammu and Kashmir.
The Chief Minister interacted with the fish farmers and expressed his happiness about the development of the fisheries sector in the state. He remarked that, with such exposure to the state and union territory, which have excelled in trout fish farming, our farmers would broaden their capacity to culture fish and increase the local fish production.
He also expressed his happiness over the success of the state fisheries scheme, also known as Mukhya Mantri Matsya Utpadan Yojana, which has benefitted fish farmers and fishermen in the stocking of fish seeds and procuring fishing gears. He urged the local youth to take the opportunity of the abundant clean water available and the suitable climate to farm fish and fill the gap of 5500 MT to increase the per capita fish consumption of the state from 1 kg to 10 kg, which is the national average. The Chief Minister wished the participants a safe journey and a formative experience.
Minister Animal Husbandry and Veterinary Services Shri Lok Nath Sharma informed that the ruling government is emphasizing the development of fisheries in the state to lead the country in cold water fisheries production. He said that the directorate is looking forward to organic fish production in Sikkim. He anticipated that the farmers would also learn and benefit from visiting agriculture and allied sectors besides fisheries farms.
Dr P. Senthil Kumar, Secretary, of the Animal Husbandry and Veterinary Services Department, thanked the Chief Minister for encouraging the local fish farmers and flagging off the exposure visit. He also informed that the directorate is trying all possible means to produce in-house fish seeds and revive the nonfunctional fish feed mills for local fish feed production 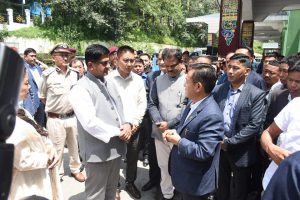 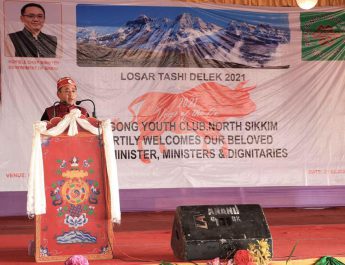 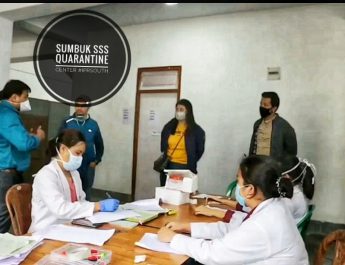