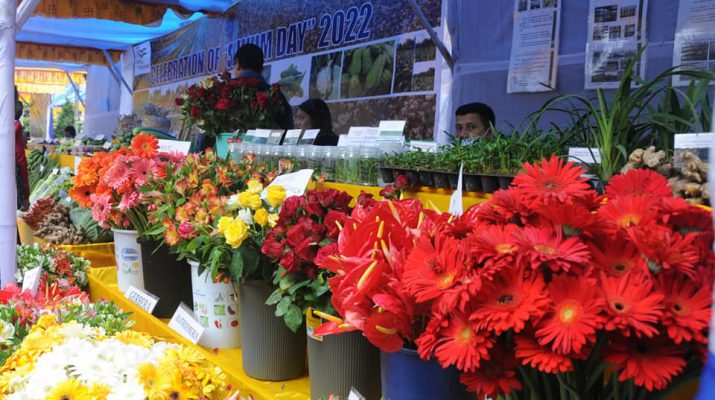 News
May 18, 2022May 19, 2022
Posted By: Jeetan Sherpa 12 Views 0 Comment
Gangtok, 18 May (IPR): The three-day-long celebration of the 47th State Day of Sikkim under Azadi ka Amrit Mahotsav (AKAM) concluded at MG Marg, today.
Over the three days, the celebration offered a cultural extravaganza organised by the Culture Department, Government of Sikkim in collaboration with Eastern Zonal Cultural Centre Dimapur, Ministry of Culture, Government of India. The programme had the participation of different ethnic communities from Assam, Manipur, Meghalaya, Nagaland, Arunachal Pradesh and Sikkim.
Highlighting on the unique potential of rural entrepreneurship in the State, the event also featured stalls that exhibited Quinoa by Sikkim Seasoning, promoted by KVK Mangan and Produce of Vandhan Sikkim such as Sorong tea (Nettle tea) by Naga Namgore VDVK (North) and Lenchee tea (large cardamom tea) by Mayel VDK (Mangan).
Displays of Power Weeder Machine, Power Tiller Machine and a variety of exotic crops and vegetables by the Agriculture and Horticulture Department, Government of Sikkim along with a number of other stalls showcasing handicrafts, arts, local cuisine, adventure equipment, organic produce, wellness products, book displays, etc., were some of the highlights of the State Day celebration under the banner of AKAM.
The three-day-long celebration was visited by a host of dignitaries including the Cabinet Ministers, MLAs, Mayor, Deputy Mayor, Councillors, Advisors, Chairpersons and officials along with the general gentries and tourists 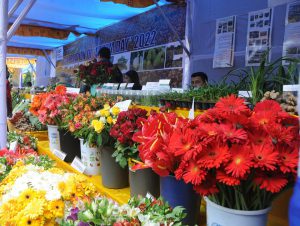 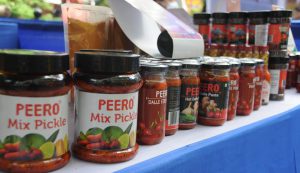 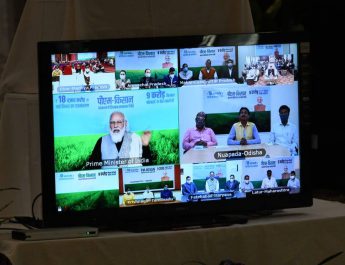