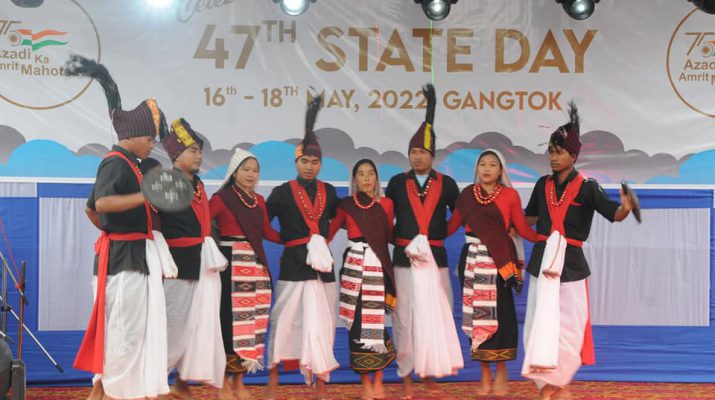 News
May 17, 2022May 18, 2022
Posted By: Jeetan Sherpa 17 Views 0 Comment
Gangtok, 17th May 2022 (IPR): As part of the ongoing 47th State Day Celebration, under the Azadi ka Amrit Mahotsav (AKAM) banner, the Culture Department organized a cultural programme collaborating with North East Zone Cultural Centre Dimapur at MG Marg in Gangtok, today.
The programme had Assam, Manipur, Meghalaya, Nagaland, and Arunachal Pradesh, artists.
The cultural troupe from Assam presented Bihu & Bhortal folk dance, one of the most popular dances to reflect the rich cultural heritage of the Indian state of Assam.
Artists presented the Laiharaoba & Thang-Ta folk dance from Manipur. The dance is associated with an ethnic group of Manipur known as Meitei, and Laiharaoba is a festival celebrated to honor their traditional deity. Likewise, Thang-Ta folk dance has a connection to certain war dances, and the dancers in this art form use sword move to either symbolize protection or to ward off evil spirits.
The cultural group from Meghalaya performed Ka Shad Mastieh and Ka Shad ah kynrthei folk dance. This is a traditional dance performed by men and women of the Khasi tribe. The dance performed by the men is known as “Ka Shad Mastieh,” and the dance performed by the women is known as “Ka Shad Kynthei” which is performed in the inner circle while the men perform their dance in the outer ring.
Similarly, the representatives from Nagaland performed the Cock fight dance and the Warrior Dance and enacted a scene showing a cock fight on the stage. The Cock fight dance represents the age-old tradition of hosting cock fights to entertain the audience.
The cultural troupe from Arunachal Pradesh shared the Rikhampada dance, performed to honour Gods 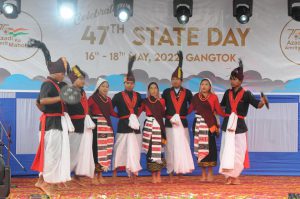 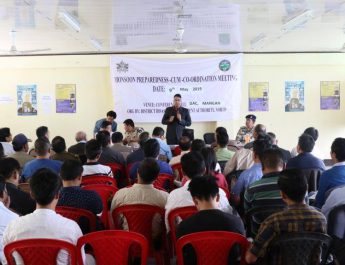 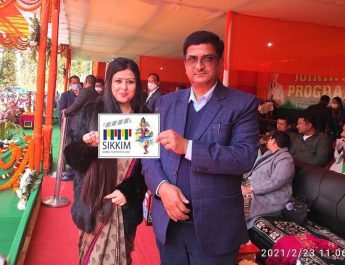